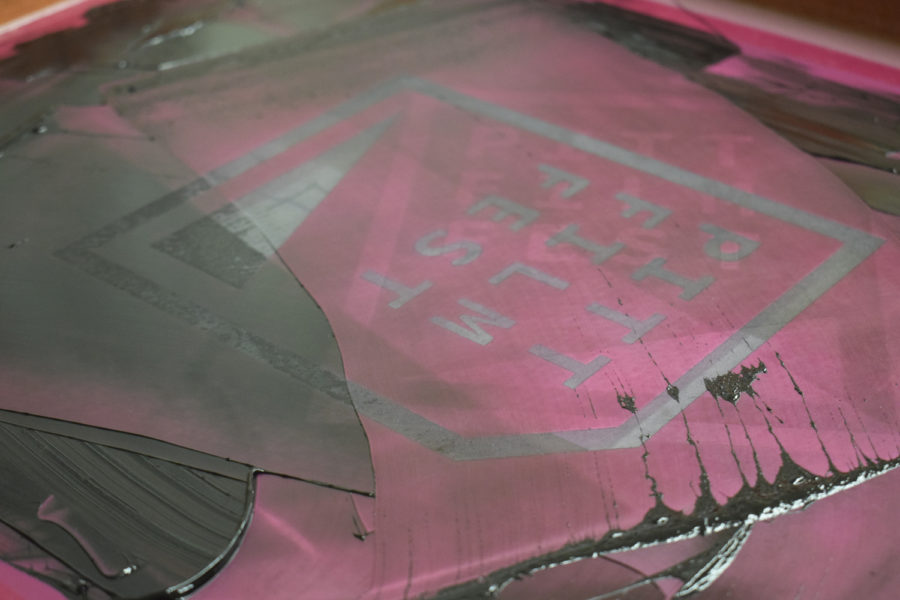 While maintaining a long-distance relationship with his girlfriend in Indiana, Pennsylvania, senior Mark Conner spent many a lonely road trip listening to the cassette tape she had given him — Fleetwood Mac’s “Tango in the Night.”

It was during these trips that he came up with the idea for his film, “The Dream in My Pocket,” an autobiographical story about how “Tango in the Night” helped Conner overcome personal struggle through self-expression in filmmaking.

“At the time, I was struggling with the creative stuff I wanted to do, my job and schoolwork,” Conner, an English literature and art history major, said. “So the film’s sort of asking, ‘How do we not get lost in any one thing in our lives?’”

Conner’s film debuted at the second annual Pitt Film Fest Saturday, April 14, in the Frick Fine Arts Auditorium alongside 33 other student films. After purchasing the $5 entry ticket, audience members were free to pop in and out of the festival screenings during the event’s seven-hour duration. The films were accompanied by music, free food and T-shirts and were judged by a panel of Pitt professors.

Junior communication and film and media studies student Jake Savitz founded Pitt Film Fest in April 2017 after coming up with the idea from the advice of visiting lecturer and filmmaker Demetrius Wren.

“He brought in the class as a crew, and he spoke about nontraditional ways of getting into the industry, and the first thing he mentioned was a woman who held film festivals in the basement of bars,” Savitz said. “So I started thinking, ‘If she could do it, then I could do it too.’”

Savitz began organizing the festival last year with the help of friends and staff in the film department, using a small amount of resources to cultivate the first Pitt Film Fest. The first film festival was only accessible to Pitt students, and an audience of around 40 people viewed all 14 submissions.

But this year, the festival has expanded its range of submission entries, accepting films from multiple universities in the Pittsburgh area including Carnegie Mellon University, Point Park University, Duquesne University, Chatham University and Robert Morris University.

“It was only Pitt students at first, and I was thinking, ‘Why? This should be a City thing.’ Bring in more people. Make this like a real festival that people look forward to every year,” Savitz said. “And now it kinda turned into this.”

Within the span of a year, Pitt Film Fest was able to double its submissions, with 46 films and 130 attendees at this year’s event. Savitz attributed this to increased efforts to make the submission process easier and improve advertising.

Along with friend Willie Fineberg, Savitz made an account on FilmFreeway this year to allow students to upload and share films online. The pair also started an ad campaign with bold catchphrases, such as “$0.00. That’s how much it costs to submit your film” and “NO PHOTOS. Films only,” that would grab the attention of passersby, and they reached out to film professors from all the local universities to increase submissions.

At the end of the festival, the judges awarded select films for their cinematic achievements. Pitt students Mackenzie Stewart and Caleb Porto won Best Picture and Best Cinematography, respectively, for their individual films “Yellow” — an inner monologue set in London — and “A Tap Dancer Murders Her Father” — a story of a young tap dancer whose attempt to kill her father does not go as she expects.

Three Point Park University students, Raul Toledo, Luke Keibler and Kelly Tran, swept the Best Director, Best Original Screenplay and Best Performance awards for their films “No Way in Hell,” the comedic tale of a man trapped in hell trying to make it into heaven, “Stargazer,” a story of a man with agoraphobia overcoming his fear and “Tougher Than You,” a harrowing commentary on sexual assault.

Mick Lichtenberg, Pitt alumnus and director of “The First Superhero,” is one of the many filmmakers who used his film to communicate a part of himself he wants to share — in this case, his love for superhero flicks. The story follows an average guy who dreams of becoming a superhero to win the affection of the girl he loves.

“We’re all kind of expressing ourselves with not a lot of money, but we’re trying to get our voices heard in the world,” Lichtenberg said.

In the end, the goal of Pitt Film Fest, according to Savitz, is to foster a vibrant community of student filmmakers in Pittsburgh. Savitz said the event’s mission is to bring people together who have a passion for film and create relationships between these people that will stand the test of time.

“I would say the definite purpose is to make Pittsburgh feel a little smaller for the student filmmaker,” Savitz said.