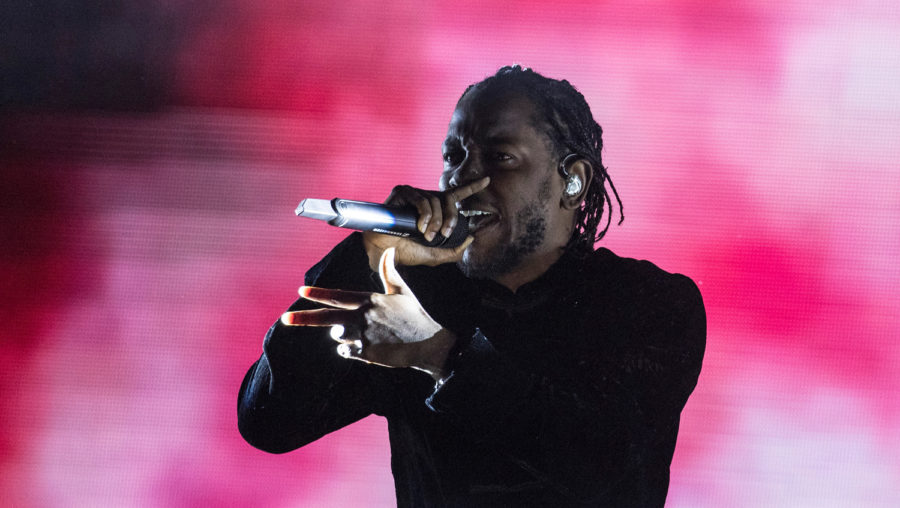 When perusing a list of past Pulitzer Prize for Music award winners and their compositions, it’s not hard to spot Kendrick Lamar’s presence.

His 2017 album, “DAMN.,” dropped onto the list with a thud, breaking up the delicate musical embroidery and lace of symphonies, concertos and operas. For the first time since the award’s inception in 1943, a rapper took home the coveted Pulitzer Prize for Music at Monday night’s ceremony.

Not only is Lamar the first rapper to win the award, he is the first nonclassical or non-jazz musician. “DAMN.” tells a complex, self-reflective story of Lamar’s experiences growing up in America as a black man. But as well-done as the album is, “DAMN.” isn’t the first of its kind, nor is it Lamar’s first prizeworthy album. The Pulitzer jury indeed took a huge step in inclusion at Monday night’s ceremony, but awarding hip-hop artists for their artistic work is a practice that’s long overdue.

Classical music has traditionally claimed the coveted award year after year, successfully cocooning the award in an exclusive group of academic, “proper” musicians. The Pulitzer jury only expanded to its first jazz award-winner in 1997 with Wynton Marsalis’ “Blood on the Fields.” Not even Duke Ellington could grasp the prize when he was a finalist in 1965, though he was awarded the prize posthumously in 1999.

Lamar’s spot on a list of Pulitzer prizewinners not only extends inclusivity to the hip-hop genre, but to the racial realm as well. The first African-American prizewinner only came in 1996, with George Walker and his musical composition “Lilacs.”

Jon Pareles, The New York Times’ chief pop music critic, said similar rap artists like Public Enemy should have been lauded for their work in the genre long ago. Pareles even retrospectively nominated Public Enemy’s 1988 album “It Takes a Nation of Millions to Hold Us Back” for a Pulitzer Prize for Music.

Though Pulitzer music jurors came to a unanimous agreement to award Lamar the prize, the decision came with significant backlash from those in the field.

“There is also wariness, which I join, about an opening of the prize — not to hip-hop, per se, but to music that has achieved blockbuster commercial success,” The New York Times classical music editor Zachary Woolfe said. “This is now officially one fewer guaranteed platform — which, yes, should be open to many genres — for noncommercial work.”

Woolfe, though reluctantly, said it himself — the Pulitzer platform should be open to many genres. Pareles called out criticisms of Lamar’s award for being reluctant to change, and it should have happened long before now.

Even classical musicians, like Ted Hearne, whose piece “Sound from the Bench” was a finalist for the Pulitzer Prize for Music, gave Lamar his full support.

“[He’s] one of the greatest living American composers, for sure,” Hearne said.

No matter how long overdue hip-hop inclusion is, the Pulitzer jury should be commended for its decision — especially in favor of an album with the musical and lyrical integrity of its award predecessors.