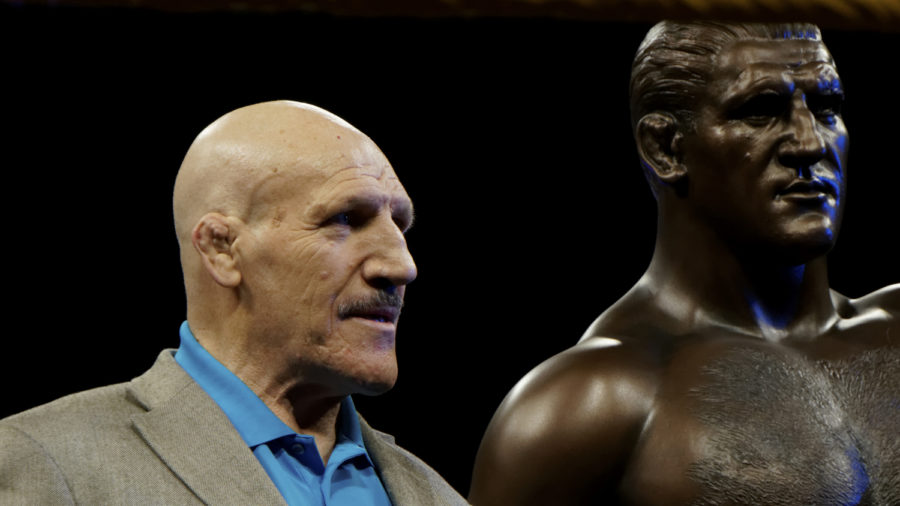 Bruno Sammartino, a former professional wrestler and Oakland native, died Wednesday after battling health issues for the last two months. His wife, Carol, and two of his sons were at his side when he died peacefully. He was 82.

Sammartino was born in October of 1935 and immigrated to South Oakland from Pizzoferrato, Italy, at age 15. He climbed the ranks of the professional wrestling world in America, winning 12 World Wide Wrestling Federation heavyweight championships, and was inducted into the WWE Hall of Fame in 2013.

His Oakland roots were memorialized in 2016, when the City added his name to South Oakland’s welcome sign. He joined NFL quarterback Dan Marino and artist Andy Warhol on the list of famous residents of the neighborhood.

“All I can say is I’m deeply honored,” Sammartino said at the sign’s unveiling. “To be honored here makes it that much more special.”

Marino thought the wrestling legend being added to the sign was long overdue.

“I remember my dad always saying, ‘why don’t they have Bruno’s name on the sign?’” Marino said. “So today, we took care of that.”

Sammartino lived on Cato Street and attended Schenley High School until he graduated in 1953. He began weight lifting and wrestling with his brother, Paolo, for self-defense.

“My brother and I were getting beat up every day for being different,” Sammartino said. “So we joined the Young Men’s Hebrew Association, where we took up weight lifting and wrestling.”

“They used to line up two guys in front of me, but I knocked them on their cans and creamed the quarterback,” he once said. “At Schenley, all the guys used to say, ‘Don’t mess with Sam.’ I came out of Schenley a 225-pound, good-looking athlete.”

His ascent to success inspired many, including Paul Levesque, known in the ring as American wrestler Triple H. The wrestler expressed his condolences in a tweet Wednesday morning.

“Devastated to hear the passing of a true icon, legend, great, honest and wonderful man … A true friend … and one of the toughest people I’ve ever met. My thoughts are with his entire family. #RIPBrunoSammartino #AmericanDream,” Triple H said.

Pittsburgh native and professional wrestler Corey Graves attributed his success in wrestling to Sammartino, saying he was lucky to spend time with him.

“Bruno is indirectly responsible for where I am today. Growing up in Pittsburgh, he was my father’s hero and sparked my dad’s passion for the [wrestling] business that he passed on to me,” Graves said.

“Some of the fondest memories of my childhood are of sitting in the basement with my grandfather on Saturday mornings and watching Bruno wrestle,” Peduto said. “I consider it a great personal honor that Bruno and I later became friends.”

Sammartino is survived by his wife Carol, his three sons, David, Darryl and Dan, and four grandchildren.