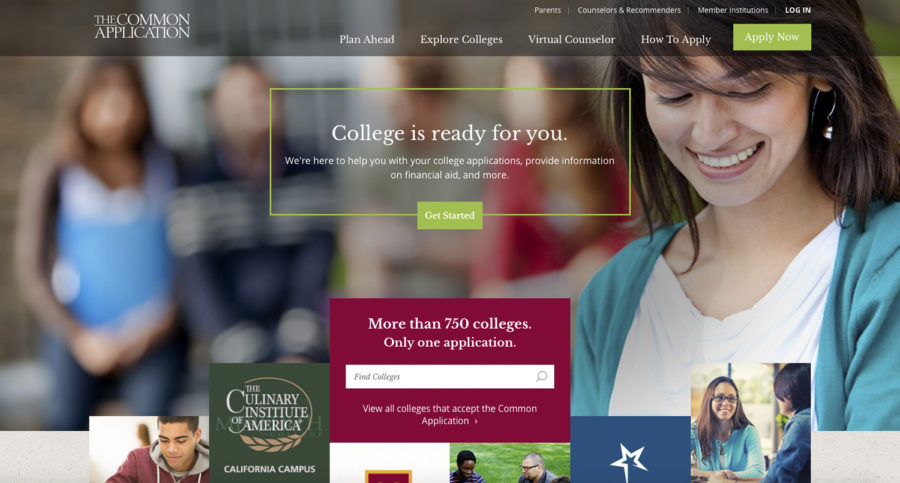 Pitt will accept applications through the Common App for the 2018-19 school year. (Screenshot via The Common App)

Students submitting an application to Pitt in the 2018-19 school year will be the first class that can use the Common Application, according to a statement Pitt released Tuesday.

The Common App allows prospective students to apply to multiple colleges and universities simultaneously using one application, rather than completing individual applications for each school.

Pitt’s current application requires an academic record, a $45 application fee and either SAT or ACT scores. Filling out the short-answer questions is not required but “highly recommended.”

The University expects the inclusion of the Common App to increase admissions but is currently unsure by how much, according to Kellie Kane, Pitt’s executive director of admissions. She said the Common App will make the college application process easier and more accessible for students.

“We wanted to be a member, in part, because of the Common App’s dedication and success with advancing college access for first-generation and underrepresented students,” Kane said in an email.

It will be one of three options offered by the University for future applicants, including the current primary application and one available for lower-income and first-generation students.

First-generation students accounted for 33 percent of 974,000 Common App applicants between 2015 and 2016. According to the National Center for Education Statistics, 34 percent of undergraduates were the first in their families to go to college in the 2011-12 academic year.

The Common App, a nonprofit organization founded in 1975, began with 15 member colleges, including Colgate University and Vassar College. The application was originally limited to private institutions and had to be sent in by mail until 1998, when the online application was launched. The program was opened to public schools in 2001.

The website mentions their mission is “to close the equity gap by educating all students — regardless of circumstance — about the value, attainability, and affordability of a college degree.”

In addition to college applications, the Common App provides students with information on financial aid and an application that can be used simultaneously for multiple scholarships.

“It would have been less time-consuming,” she said. “High school students apply to a lot of places, so the Common App makes people more willing to apply since its a faster process.”