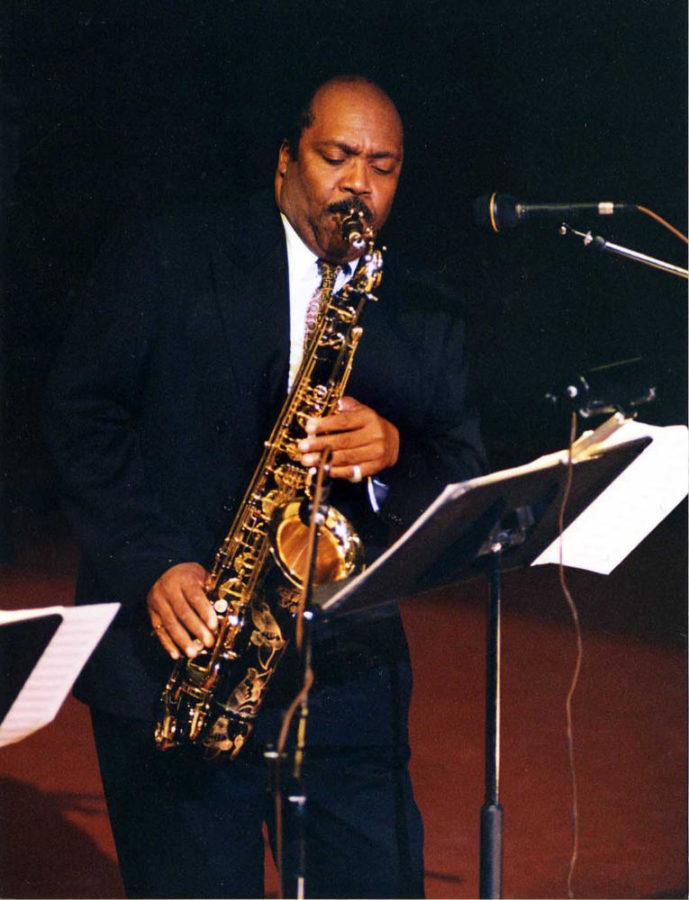 “You know, [like] they talk about members of Congress or lobbyists or other people working the phones for a campaign,” Root, chair of Pitt’s music department, said. “He was on a perpetual campaign.”

Born Feb. 15, 1937, in Kansas City, Kansas, Davis met Root in 1982 when Root came to Pitt to teach. The two would talk about the jazz program and Root would help Davis find places to perform. When Root became chair of the music department in 2002, he helped Davis start the jazz doctorate program. Davis’ undergraduate courses, particularly his History of Jazz class, were big hits as well.

“I have heard from so many of his former students who would tell me how much they enjoyed that course and how much it meant in their lives,” Root said. “So he was an inspiration for a lot of people — even if they didn’t go into music, even if they were not music majors or music performers — for the rest of their lives.”

Davis received a bachelor’s in music education from the University of Kansas in 1959 and his doctorate in ethnomusicology — the study of music in terms of culture, especially non-Western — from Wesleyan University in 1974 while also teaching at Pitt, where he started in 1969. At Pitt he taught saxophone, African-American music and jazz arranging, improvisation and history. He would go on to do field work with his degree in Morocco, Brazil, Tunisia, the Caribbean Islands and Turkey.

When Davis retired from Pitt in 2013, he was awarded the BNY Mellon Jazz Living Legacy Award.

Root said Davis was a “powerful individual” who had “a lot of vision.” And when they talked, Davis’ highest concern was how to help students.

“So how could students who are coming through the University of Pittsburgh, who are interested in either hearing or performing or learning more about that history of jazz, how could we help them have a better experience here?” Root said.

Don Franklin, a former music professor at Pitt who retired in 2009 and worked with Davis, was shocked to hear about his passing, describing Davis as a very active person. Franklin said Davis was a naturally gregarious and outgoing individual who was always proposing ideas for new music programs.

“[He had] a spirit of wanting to make things happen,” Franklin said. “He was a man with a purpose.”

Current Pitt music professor Doretta Whalen was Davis’ teaching assistant in the Frick Fine Arts Building while working towards her doctorate in the late ‘90s and remembered him as hardworking. She recalled reading about the adversity Davis experienced when he was a boy in the book “Paris Pittsburgh: A Story in Jazz — The Life of Nathan Davis” by Gisela Albus.

“Growing up in Kansas, they were poor,” Whalen said. “[The book] talks about what he as a youngster, he actually had to shovel poop from chicken houses and so on. But he did so uncomplainingly, he worked his butt off.”

Though the two hadn’t seen each other in three to four years, they’d kept in touch through texting and emails. Whalen fondly recalled how, during her teaching assistantship with Davis, he would often jazz up his lectures with a little bit of music.

“He used to ask me to go pick up the record albums in the library, which, that was my responsibility, and I carried them from the music building down to Frick,” Whalen said. “They had a little record player, honest to God, and I would spin the records as he would deliver the lecture.”

Whalen described Davis as an excellent teacher and motivated man who worked to have jazz respected. She remembers Davis as kind, helpful and generous.

“He was a great guy, just great,” Whalen said. “I can’t speak enough about him.”