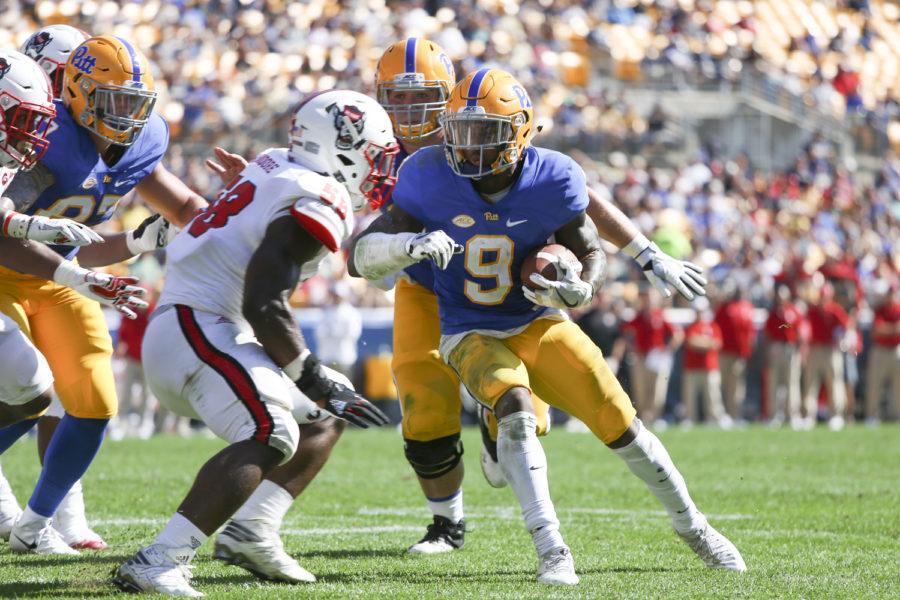 Pitt football had its second player taken off the board— after offensive lineman Brian O’Neill— when the Tampa Bay Buccaneers selected safety Jordan Whitehead in the fourth round with the 117th overall pick in the NFL Draft.

Despite dealing with two shortened seasons after an impressive first year, Whitehead still showed he’s an NFL-worthy talent during his three-year career at Pitt.

As the number one ranked high school player in Pennsylvania according to Rivals.com, Whitehead made an impact from the start of his first season as a Panther in 2015. The versatile defensive back led Pitt with 109 tackles while also intercepting one pass and taking a fumble for a touchdown. The coaching staff also experimented with Whitehead’s athleticism on offense as well, where he racked up 122 yards and two touchdowns on just 12 carries. His accomplishments earned him Freshman All-American status and the ACC’s Rookie of the Year award.

Whitehead would not have the opportunity to play a full season over the next two years of his college career — he missed his last three games as a sophomore due to injury and the first three games as a junior due to suspension. He still filled out the stat sheet for the Panthers when active, accumulating 65 tackles, a forced fumble and an interception during the 2016 season — earning him second team All-ACC honors — and then 60 tackles, an interception, 142 rushing yards and a touchdown during the 2017 season.

The Bucs used their fourth-round pick on Whitehead. Following in his cousin’s footsteps, former Bucs cornerback Darrelle Revis, Whitehead’s diverse set of skills as a defensive playmaker will make him a valuable addition to the Buc’s defensive backfield.