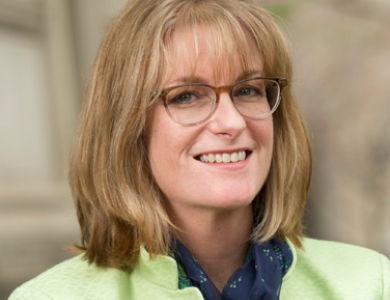 Moran, who has been working the position since May 2, takes over for former Vice Chancellor for Communications Susan Rogers, who left her position in August 2017.

When she got the job, Moran said she was excited to work at Pitt and help tell its story.

“Pitt has an amazing story to tell,” Moran said. “Its academic excellence, its innovation and the contributions Pitt makes to the wider community —  this is all really exciting to me.”

Along with her time as director of White House Communications, Moran spent over two years as the chief of staff and chief adviser to former Secretary of Commerce Gary Locke.

The Washington Post described Moran as a “progressive’s progressive” because of her history working with Democratic candidates in both state and national elections. She previously led fundraisers for both the Democratic National Committee and the American Federation of Labor and Congress of Industrial Organizations, one of the nation’s largest labor federations.

Before working with the federal government, Moran was the executive director of EMILY’s List, an organization that helps women win seats in government.