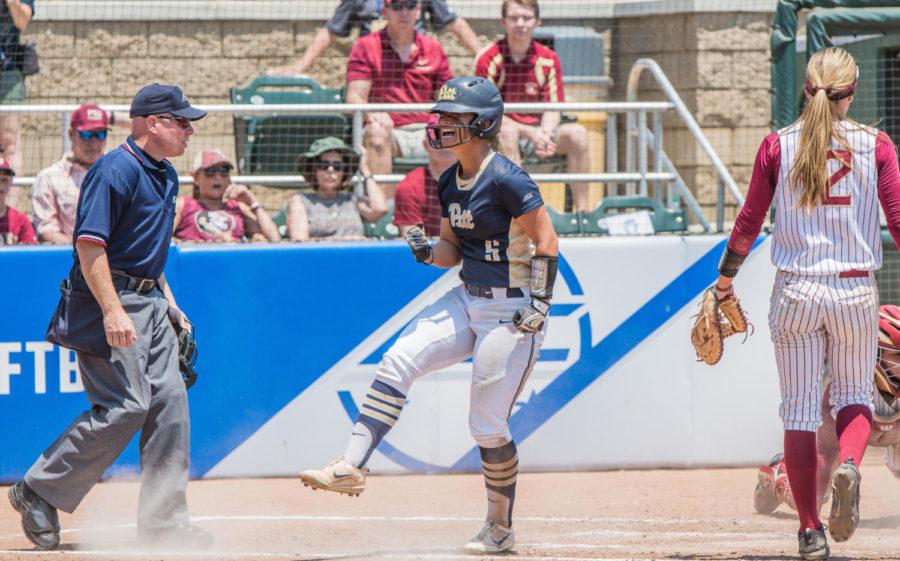 The Panthers softball team finished its most successful season yet with a 33-18-1 record, earning head coach Holly Aprile the ACC Coach of the Year honor. With two victories over Louisville earlier this month, the Panthers ended the season as ACC Coastal Champions for the first time in school history — and the No. 2 seed overall in the ACC tournament in Atlanta.

But even the ACC Coach of the Year couldn’t bring the Panthers their first national title after a 5-4 loss to Florida State in the ACC National Championship game Saturday.

In the first game of the tournament Thursday night, the Panthers faced the Hokies of Virginia Tech, winning the game 6-4. The Panthers trailed 4-1 heading into the seventh, but a late five-run explosion — including a walk-off grand slam from senior third baseman McKayla Taylor — led them to victory.

During the second game Friday afternoon against North Carolina, the Panthers coasted to a 3-0 victory on the back of Dawson’s shutout pitching performance — she allowed just two hits during seven innings.

Junior left fielder Taylor Meyers was 1-2 with two RBIs and Hershman continued her strong offensive weekend with a hit and another RBI. Levesque and Kruger both had a hit and scored a run.

The final 3-0 result advanced the Panthers to Saturday afternoon’s final versus the Florida State Seminoles.

The Panthers went scoreless in the top of the seventh inning and soon allowed the Seminoles one run. Just one out away from the ACC title, Florida State’s Anna Shelnutt stepped up to the plate, hitting a three-run homer to take the last-minute victory 5-4.

Harris was solid on the mound for the vast majority of the day going into the final inning, allowing just one run. She ended the game with 6.2 innings pitched, five earned runs, 10 hits and three strikeouts. Her numbers for the end of the season are 140 hits allowed, 50 earned runs and 49 strikeouts in 134.2 innings pitched.

Levesque filled the stat sheet with a hit, a run scored and an RBI. Levesque ended her first season of collegiate softball with 40 hits, 20 RBIs and four home runs. Gray led the team with two hits and Kruger had the other RBI. Gray ended the season with 50 hits and 25 RBIs.

Even though the team will be losing key seniors like Zeremenko and Harris, it can look toward young players like Levesque and Kruger to continue to elevate the program.

This season proved to be very historic for the Panthers, as they won the ACC coastal division for the first time in school history and earned their highest seed in the ACC tournament.

But the victories stopped there, as the Panthers narrowly missed a bid to compete in the NCAA tournament, which begins this weekend. The Panthers will begin their next season early 2019 with a fresh chance at the national title.