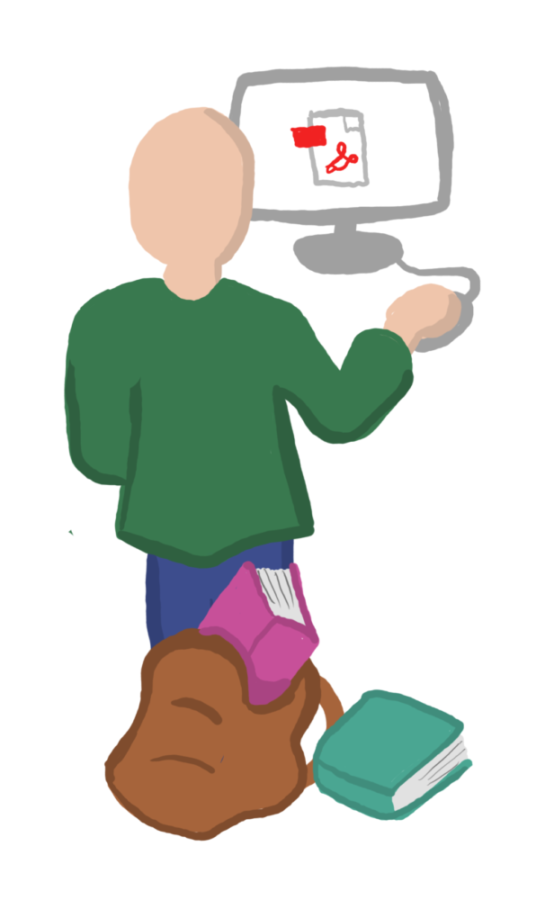 Thousands of students flock to Oakland every August to attend one of the most costly public schools in the United States. These students will either go The University Store on Fifth to buy their textbooks at full price or go to sites like Amazon, praying for a better deal and two-day free shipping. Either way, it will be expensive — but it doesn’t have to be.

The 2017-18 SGB passed a resolution Jan. 16 calling on professors and the University to use and encourage Open Educational Resources, or OERs — free online academic textbooks that professors can use in the classroom instead of requiring a textbook.

When the resolution passed, the provost office formed an Open Educational Resource Committee, chaired by Assistant Provost Nancy Tannery to address the issue and make recommendations, which Krish Patel, vice president and chief of finances, was a member of. She noted how the cost of textbooks affects students back in January.

Max Kneis, last year’s SGB president, authored the bill and was a strong advocate of OERs at Pitt.

Kneis said SGB first had the idea as a way to help students save money considering Pitt’s high tuition.

The Pitt University Library System has a librarian dedicated to OERs — Lauren Collister. She presented a PowerPoint about OERs at the University Senate’s annual plenary session March 27, which referenced a study done by Oregon State on its campus that stated 65 percent of students do not buy textbooks at some point because of cost, and 35 percent take fewer classes due to textbook cost.

“While textbooks do not necessarily approach the full cost of tuition, they are a significant expense,” Collister said during the presentation. “Students have to take out extra funding or find extra sources to afford their textbooks for the class we require for them.”

Frank Wilson, University Senate Council president and a professor of sociology at Pitt Greensburg, was also a member of the committee. He said a report was sent to Provost Patricia Beeson’s office May 1 that recommended adopting, encouraging and incentivizing OER use.

“[To use OERs] is to take that initiative, continue to do the research, continue to make formal connections to some of these networks that already exist to develop Open Educational Resources and to create internal incentives for programs and faculty in particular to develop materials specifically designed to do that,” Wilson said.

When SGB passed the OERs resolution, Wilson attended the meeting and walked up to the stage to shake the board members’ hands. Wilson uses OERs in his own classes because he can’t justify having students pay for material that exists for free online, and also understands the financial aspect of this issue as a parent with a child in college. He said that the cost of textbooks and the cost of college in general “hurts the capacity for students to learn.”

“How much does it cost for you to go? You know, there’s tuition that keeps going up, we just have to look at data and see how big the loan burden is on students and it’s so significant that it becomes an actual hinderance for people to go to school in the first place,” Wilson said. “When you go, get your degree and you have a huge debt, and you can’t find a job to pay off your debt? There is something wrong with that picture.”