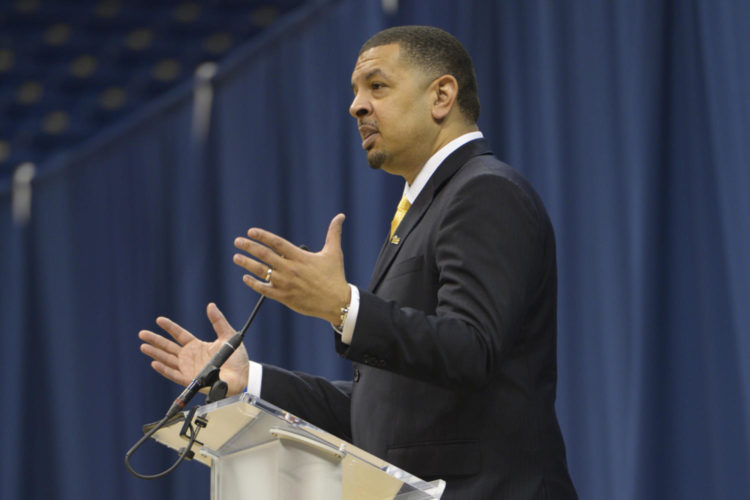 The Fayetteville, North Carolina native is considered one of the Top 150 players in the country and ranked a 4-star recruit by 247 Sports. At 6-foot-6 — and fluent in three positions — Toney will give Capel versatility on the court.

Toney turned down secured offers from Kansas State, Virginia, Virginia Tech and others in favor of Pitt. According to Panther-Lair, Toney has faith that Capel will push Pitt toward success.

“I love Coach [Jeff] Capel, he is a great coach and he will definitely turn the program around,” he said.

With the addition of Toney, Capel has now recruited more more players in 247’s composite top 150 in two months than Kevin Stallings did in two years, according to Craig Meyer from the Post-Gazette.

Capel has one scholarship left to award to a new recruit, if he finds a player to fit the new team.