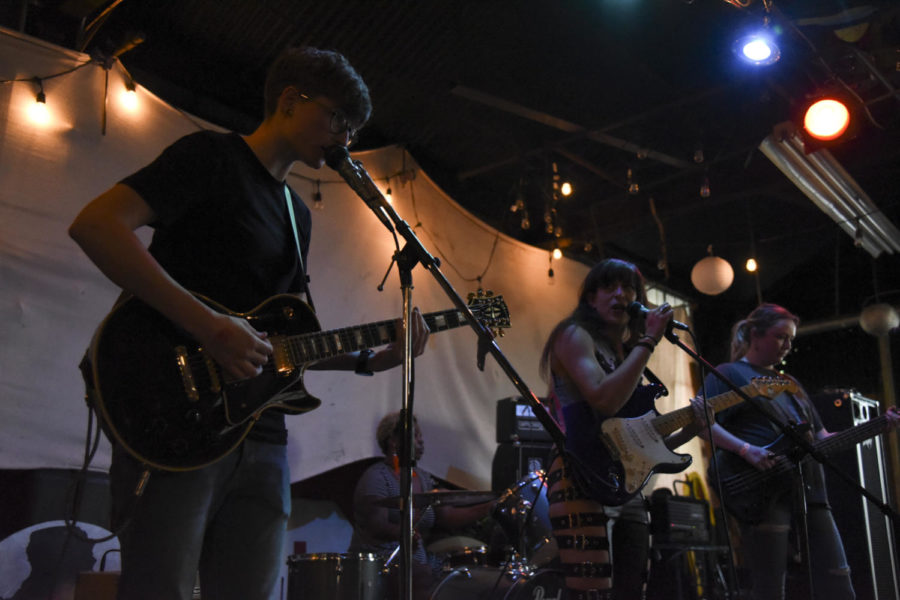 Full Bush, a heavy post-punk band based out of Philadelphia, traveled to Pittsburgh to perform at Ladyfest Sunday evening. (Photo by Anna Bongardino | Visual Editor)

A Google search for “rock bands” yields a long list of well-known results — Led Zeppelin, The Beatles, Pink Floyd and Guns N’ Roses are the first bands listed. The search results show other examples such as The Who, AC/DC and modern bands like the Arctic Monkeys and Coldplay. Aside from being rock bands, all of these groups have something in common — they’re all comprised only of men.

There is a short list of women in rock music compared to men. From Joan Jett & the Blackhearts to Hayley Williams from Paramore, there aren’t many others who have broken through to the mainstream. For a young girl who wants to pick up a guitar, inspiration could be weak.

However, there is a hope for young rocker girls. The Ladyfest music festival has made its way onto the Pittsburgh music scene for the fifth year in a row. According to the Ladyfest Pittsburgh Facebook page, the festival benefits two different organizations — the Women’s Center & Shelter of Greater Pittsburgh and Girls Rock! Pittsburgh. Members of Pittsburgh-based bands The Lopez and Brazilian Wax help to organize the event.

Steph Flati — one of the event’s four main organizers — is a vocalist in The Lopez and has been involved with Ladyfest since its first year in Pittsburgh. Flati said planning for this year’s festival began back in January, setting the foundation for the community of female musicians.

“For me, [Ladyfest] is about building community and building relationships,” Flati said. “I love seeing a meeting happen between two people who didn’t know each other before, but met because of Ladyfest — it’s amazing to me.”

Flati said each year she is inspired by the friendships and musical bonds made through Ladyfest.

“Hearing music from other women and supporting other women with the same interests and passions can help women support each other and form friendships,” she said. “Lots of performers continue to play shows together, and that’s the most important thing [about Ladyfest] to me.”

This year’s Ladyfest kicked off at The Shop in Lawrenceville on Friday, June 15. The lineup featured local solo performers like Britney Chantele and Ayana Sade, and Philadelphia rockers Sheena and the Nosebleeds made an appearance just after Pittsburgh pop-rock duo late. exited the stage.

The crowd was diverse — people of all ages, genders and races cheered on performers and danced to the music. Ladyfest is a prime opportunity for Pittsburgh music fans to explore the diversity of the local music scene.

Lisa Christopher — the keyboardist and lead vocalist in the group late. — has been involved with Ladyfest for the past four years, both performing and helping with social media.

“It’s inclusive in terms of genre and representation on stage,” she said. “There’s no other festival that is as inclusive.” 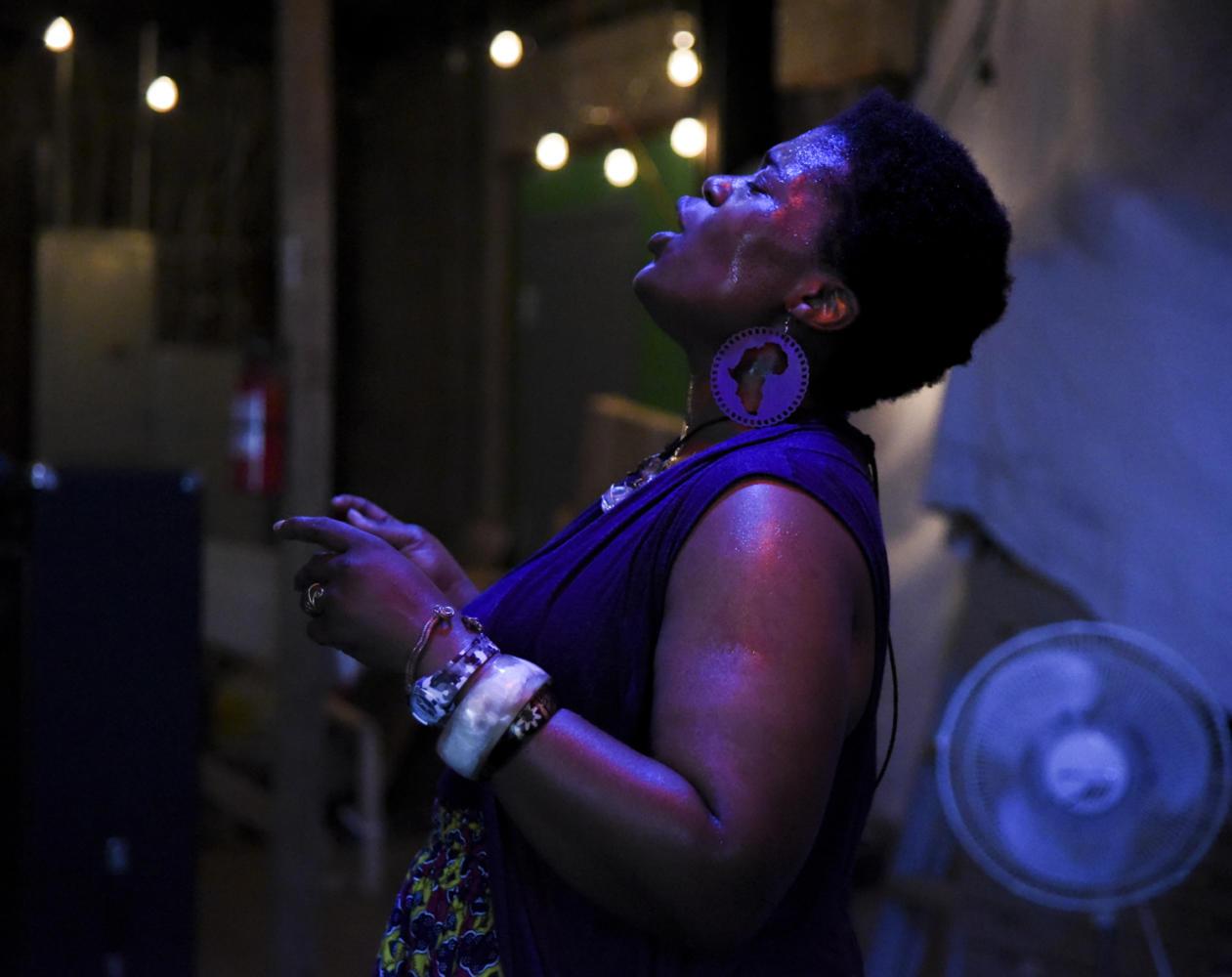 She described how performers like Iris Creamer — an R&B singer from Rhode Island — and local funk artist Jacquea Mae, who performed on Sunday evening at North Oakland’s Babyland, brought diversity of genre to the typically pop-dominated scene of music festivals.

Age was not a barrier either. Wolfblud — a rock band comprised of all high school girls — performed at the Saturday night Ladyfest show at Spirit.

“The other big festivals in Pittsburgh tend to be very male-dominated,” Anderson said. “If there are females playing, they’re not usually playing on the mainstages, they’ll be on side stages.”

For female music fans, the event reminded them that though women do not have the same representation as men do in music, they can perform just as well. One guest to the Friday night show, Penn State engineering student Genna Aldridge, was excited to see an event directed toward women in music.

“Events like this are so fun,” she said. “It’s not that common for women to be in bands, and to have an event just for them is really great.”

Aldridge’s experience in another male-dominated field brought the cause for the festival close to her heart.

“As a women in engineering — something that is mostly guys — it’s cool to see an event like this,” she said.

Performers felt this camaraderie along with the audience, and the women of late. shared their strong belief in allied trust between women in male-dominated fields.

“There’s a lot of bad stuff happening around us, and to have that moment of community,” Christopher said, “you don’t forget about [the bad stuff] but it helps you remember that you have allies in it.”