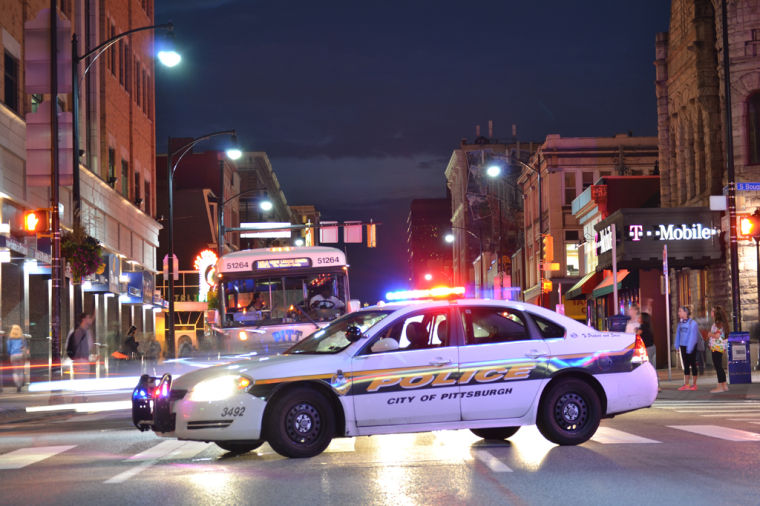 Michael Rosfeld, who was sworn in as a patrol officer in the East Pittsburgh Police Department less than two hours before the shooting occurred, has nearly a decade of police experience. Pitt spokesperson Joe Miksch said Rosfeld served as a University of Pittsburgh police officer from Oct. 10, 2012 to Jan. 18, 2018.

The Pittsburgh Post-Gazette reported on Thursday that Rosfeld left his position at Pitt amid controversial circumstances after a statement he filed didn’t line up with evidence found at the scene of an arrest in late 2017.

Rosfeld responded to a call for backup from another Pitt police officer at Garage Door Saloon Dec. 9, 2017, where he charged three men at the bar with simple assault, public drunkenness, defiant trespass and disorderly conduct. The Post-Gazette reported those charges were withdrawn Dec. 21 after Rosfeld’s affidavit did not align with evidence.

“It makes me sick that he was able to still be a cop after how they treated us, and that poor kid had to lose his life because of their negligence,” he said. The Post-Gazette reported Riley refused to discuss the specific details of the December incident.

Miksch told the Post-Gazette the University turned over all records regarding Rosfeld and said Pitt does not comment on ongoing investigations.

The Pittsburgh Tribune Review reported Rosfeld was a part-time Harmar police officer before his position at Pitt. He was also a part-time officer in Oakmont, a suburb about 20 minutes east of Pittsburgh, from 2011 to 2013.