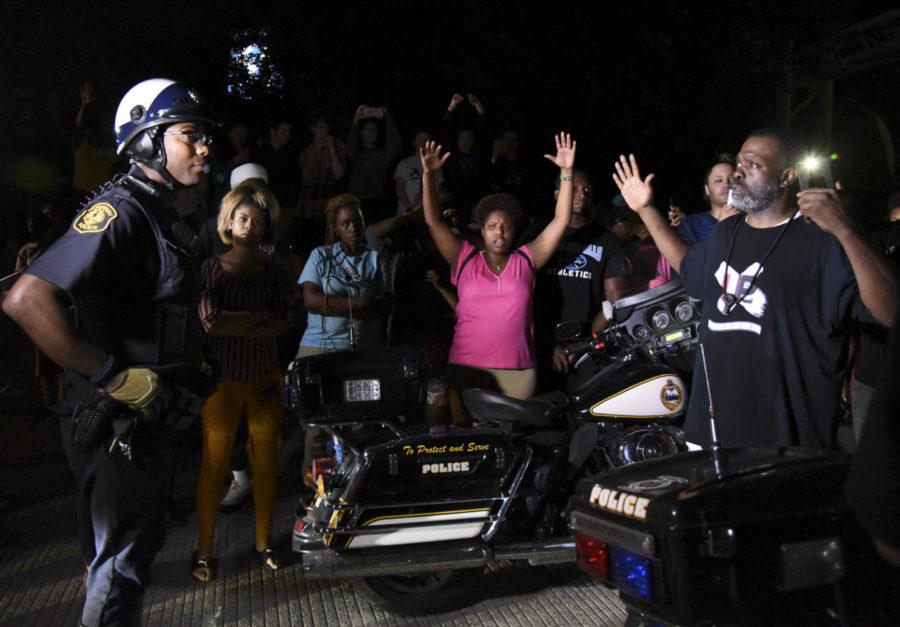 A man pleads with police to help his community at a Thursday night protest that stopped traffic on I-376. (Photo by Anna Bongardino | Visual Editor)

Early Afternoon—Protesters gathered outside the Allegheny County Courthouse in the second major protest against police brutality after Antwon Rose Jr’s death on June 19, 2018. Rose Jr and two others were in a car suspected of involvement in a drive-by shooting Tuesday evening. Rose Jr, 17, ran when the car was stopped by police. East Pittsburgh police officer Michael Rosfeld fatally shot and killed Rose Jr. The protest was targeted against Allegheny County District Attorney Stephen A. Zappala Jr. who is up for re-election in 2019. 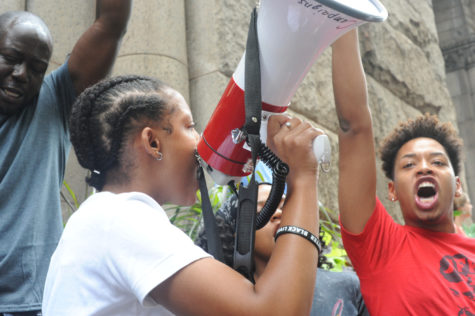 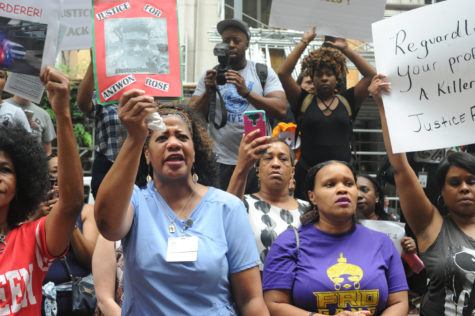 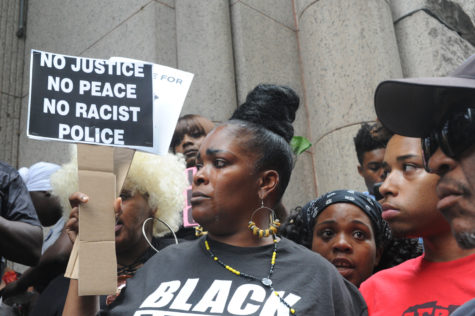 Evening—Protesters gathered near the East Pittsburgh police station for the second evening in a row before marching toward the Parkway East and stopping traffic until the early hours of Friday morning. Protesters were met by a line of police motorcycles on I-376. Some protesters shouted to cars “Antwon can’t go home, neither can you.” 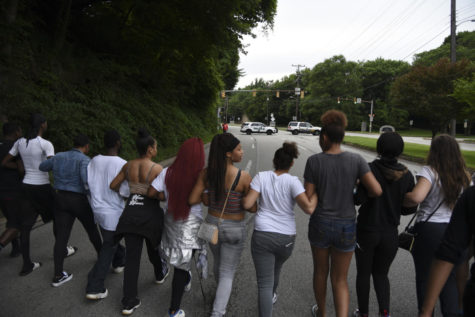 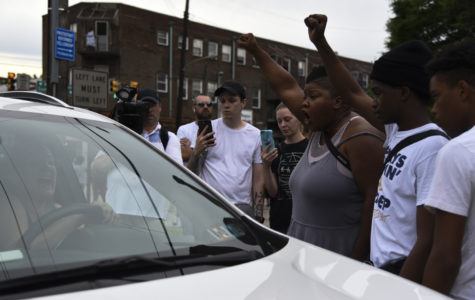 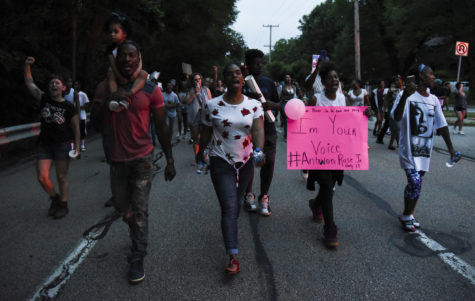 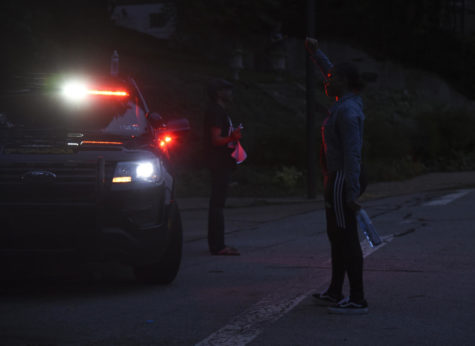 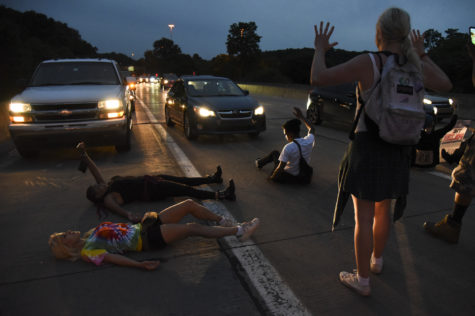 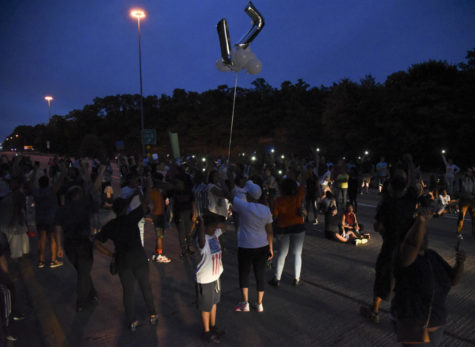 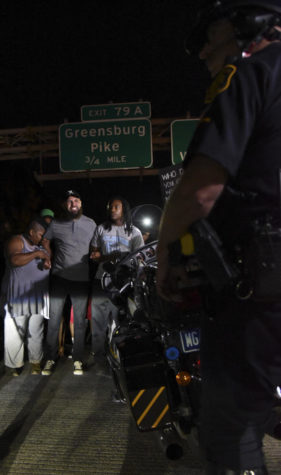 Evening—Protesters gather downtown outside Wood Street T-station. The crowd grew as it marched along Liberty Avenue and then crossed the Roberto Clemente Bridge. Protesters directed their anger towards Michael Rosfeld, the cop who killed Antwon Rose Jr. Several protesters held a sign that read “Fire Killer Cop.” A counter protester sat on the roof of a car shouting racial slurs at protesters before he was arrested. 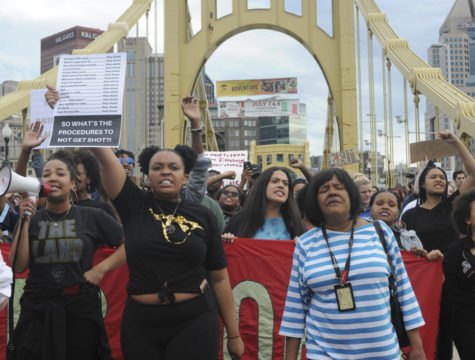 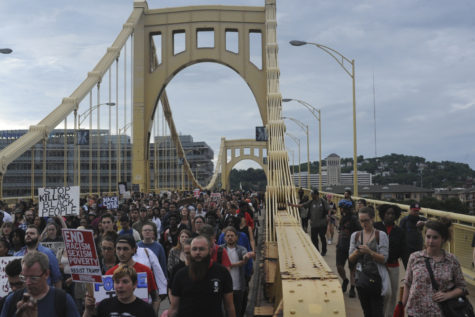 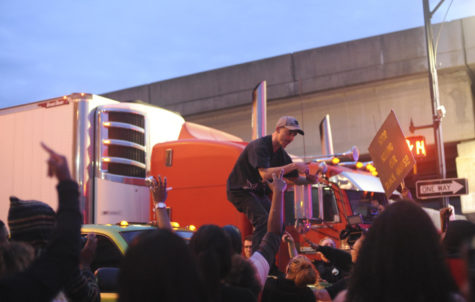 Evening—A few hundred protesters met on the South Side and marched down East Carson Street. Protesters linked arms. They were met by police in riot gear. 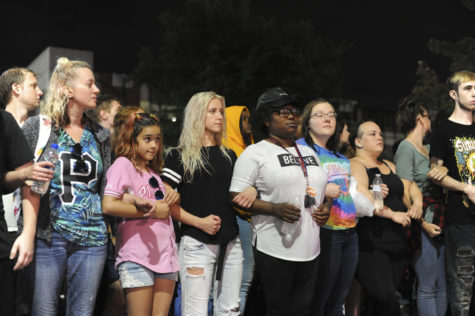 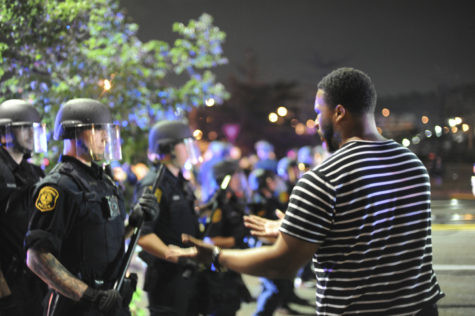 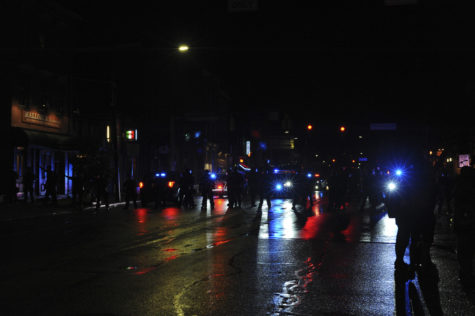