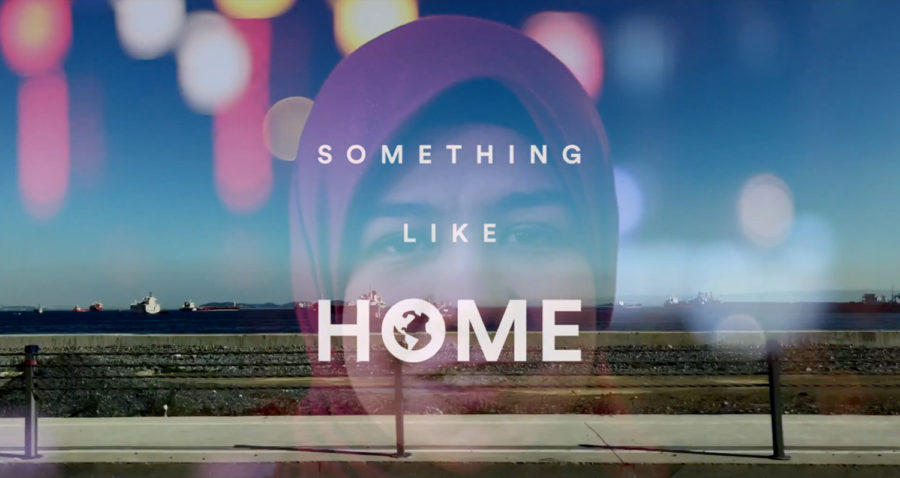 “Something Like Home,” a documentary created by Duolingo, discusses how the lives of Syrian refugees in Jordan and Turkey have been influenced by language and education. (Courtesy of Duolingo)

Pittsburgh-based education software company Duolingo is most popular for teaching foreign languages to millions of people worldwide through its phone app and online learning program. But the company’s newest marketing project goes beyond the screen and travels into the real world to share the personal stories of Duolingo users overseas.

The project — a film called “Something Like Home” — is the product of a grassroots collaboration between Pittsburgh-based photojournalist Justin Merriman and the language education company. The film aims to tell the stories of refugees who have fled war-torn areas of the Middle East and have found hope in the process of learning new languages after resettlement.

“Something Like Home” premiered Tuesday night to a packed house at the Kelly Strayhorn Theater in East Liberty, just across the street from Duolingo’s new headquarters on Penn Avenue. More than 350 people attended the event, which consisted of an hour of Middle Eastern hors d’oeuvres before the film screening. Afterward, Duolingo team members led a short on-stage discussion with one of the four refugees featured in the film, a Syrian woman named Noor.

Noor is a software engineer who fled Syria after its civil war made the nation too dangerous for her and her family to live there safely. In the film, she details her experience in 2013 walking home from the market with her sister when she saw a car bomb explode on her street.

According to a data portal provided by the United Nations High Commissioner of Refugees, more than 5.6 million Syrians have fled their country due to the outbreak of civil war. Currently, 6.1 million people are internally displaced — half of whom are children.

Noor has since relocated to Turkey, where she works as both a software engineer and an Android instructor. Merriman decided to include her in his film because of her persistent spirit and dedication to educate herself.

“My philosophy going into it was always to just tell the story of the subjects and to meet people and to give them a voice,” he said. “My camera is my greatest weapon, and it’s really an honor and a privilege to be welcomed into people’s homes and be able to tell a little bit about their lives and share that with other people to help make a difference for them and others.”

Luis von Ahn, CEO of Duolingo, spoke to the audience after the film screening and said the company received thousands of letters from users telling their stories about learning new languages in order to discover their sense of purpose and assimilate in their new homes. Merriman said that once they were sent out to meet these people, the idea grew into something much larger than they originally imagined.

“[von Ahn] reached out to me and said, ‘I’d like you to get some pictures of some of our users,’ and then I said, ‘Alright, take me to them.’ Then the dilemma became which countries do we start with?” Merriman said. “And we had a really powerful story in Noor. She sparked it for Turkey.”

In addition to Noor, a father named Ahmed told his story in “Something Like Home.” Ahmed left Syria with his family because the war zone grew closer to their neighborhood. He and his family immigrated to Turkey, bringing just the essentials with them across the border — a fairly easy task according to Ahmed. In the film, he stated that the bigger hurdle was learning Turkish once they relocated.

“The only barrier was the language,” he said. “But it was worth it to me … to be part of the society and not to be isolated, to get a better living condition, to communicate with the surrounding people.”

Ahmed has since started working with a humanitarian organization that helps improve sanitation conditions in camps for displaced Syrians. In the film, his children are shown drawing in Turkish coloring books, suggesting they too are learning to speak a new language.

Laura Nestler, global head of community at Duolingo, participated in the onstage discussion. After the event, she said that the purpose of the film related back to Duolingo’s main objective in spreading education to the masses.

“This all goes back to our mission to make education free and accessible for everyone. But in some cases, even free isn’t enough,” said Nestler. “Being able to tell these powerful stories illustrates why we do what we do and why it’s so important that where you’re born should not impact your ability to learn.”

The film presented scenes that show Duolingo’s effort to make a change. In one scene, teens and children completed free online language courses provided by Duolingo at the Azraq refugee camp in Jordan. Kids smiled into the camera holding certificates for passing proficiency tests on the company’s online program. The Duolingo logo was absent for the entire film, except in this scene on the certificates.

“Duolingo didn’t want this to be an ad. They wanted this to be journalism,” Merriman said.

After the event, Noor said life and learning languages are difficult, but that she continues educate herself anyway.