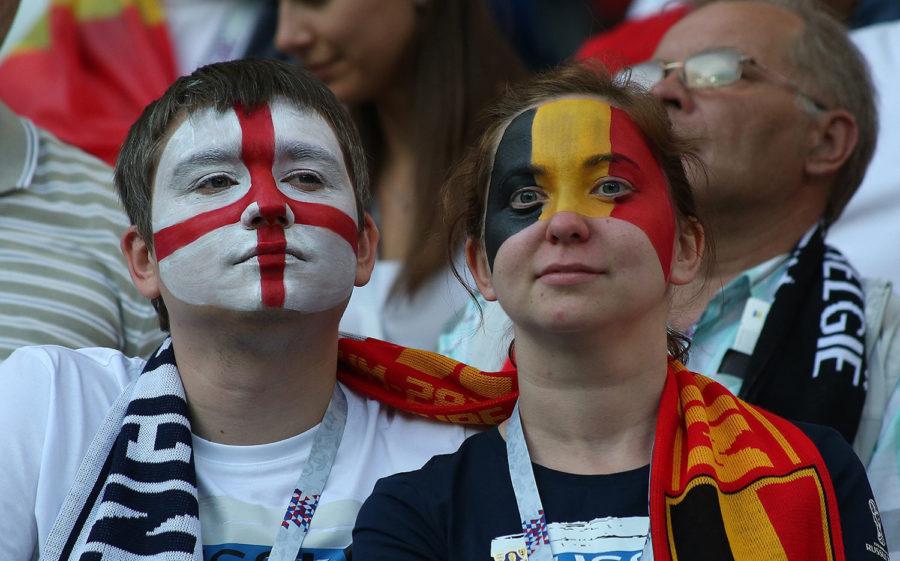 By Ben Zimmer | For The Pitt News

The 2018 FIFA World Cup has been the stage for major upsets and shock performances, which have many considering it as one of the most dramatic to have ever occurred. With Croatia and England playing in the second semi-final Wednesday, the world is looking toward which unlikely team will face France — and eventually, which deserving nation will take home the most coveted trophy in soccer.

The 21st edition of the tournament has had a different atmosphere than World Cups of recent years, due primarily to the teams that have advanced deep into the tournament. Past winners Argentina, Portugal and Spain were all knocked out in the Round of 16 — and though Germany was the defending champion and heavily favored in the group stage, it was unable to overcome its opening loss to Mexico and was eliminated. Germany’s result in this World Cup was its worst in decades. Brazil, the other heavy favorite next to Germany, lost to Belgium in the quarterfinals.

The surprise exits of these soccer giants have provided smaller countries the opportunity to advance further than anticipated. Russia, which hasn’t made it past Round 16 since 1970, and Sweden, which hasn’t advanced since 1994, both advanced to the quarterfinals this year.

Belgium and Croatia have achieved even more, reaching the semi-finals — and neither have been to the World Cup Final.

Soccer fans have regarded both Belgium and Croatia as talented teams for years, yet never possessed the perfection that squads like Brazil or Germany have. Both teams are also called their country’s “golden generation” — teams full of young potential that have surprising chances at success.

Fans of Croatia see this World Cup as the best opportunity for their “golden generation” to finally win the World Cup for the first time, while Belgium had that dream crushed Tuesday with a loss to France.

The other two teams in the semi-finals, France and England, have different stories as they approach the final. Both have won the World Cup before — France in 1998 and England in 1966.

France had the most unconvincing start to the tournament of the four semi-finalists. Although it secured victories against Australia and Peru, it was deemed lackluster in the eyes of fans. The worry grew with a 0-0 draw against Denmark in its last group game. But France started the knockout rounds with a thrilling 4-3 win over Argentina and continued its impressive offensive output with a 2-0 win against Uruguay in the quarterfinal.

Les Bleus’ toughest challenge came Tuesday in the semi-final against Belgium, whose “golden generation” fought the full 90 minutes to equalize. French defender Samuel Umtiti provided the headed goal in the second half to guarantee France its place in the World Cup Final.

France has a talented crop of young players, including Kylian Mbappe and Ousmane Dembele, as well as solidified stars in Antoine Griezmann and Paul Pogba. The French team is defined by the melding of highly talented offensive stars with the reliable defenders and midfielders.

Croatia’s road to the semi-final has been characterized by early dominance in their group, which spiraled into grinding, nail-biting play in the knockout rounds. The Croatian golden generation went undefeated in its group, with convincing wins over Nigeria, Argentina and Iceland.

But Croatia’s mettle was tested as it entered the knockout rounds, with both the Round of 16 game against Denmark and quarterfinal against Russia ending in penalty shootouts.

Croatia approaches the semi-final Wednesday against England coming off two consecutive matches that went to extra time — meaning the golden generation needs to be well-rested if it wants a shot against England.

England is a young team this year, as a new generation starts after the lackluster later years of superstars like David Beckham and Wayne Rooney. Under manager Gareth Southgate, the Three Lions utilize a concise approach that aims to avoid costly turnovers and stretch the opposing defense out through the front two of Harry Kane and Raheem Sterling.

England’s first knockout match against Colombia was spirited as the Colombians became physical. Eventually going to penalties, England’s goalkeeper Jordan Pickford provided the saves as Eric Dier scored the winning penalty. The quarterfinal match against Sweden went much smoother, as the defensive-oriented Swedes could not stop the offensive onslaught of the English team.

Fans see the victor of England-Croatia Wednesday as the unquestionable underdog against France on Sunday.

The world patiently awaits the result of Wednesday’s match to see the end to the story of the 2018 World Cup. Whether it concludes in glory for an underdog, or another feather in the cap for a previous winner, it will be remembered for its shocking upsets and unpredictable twists.