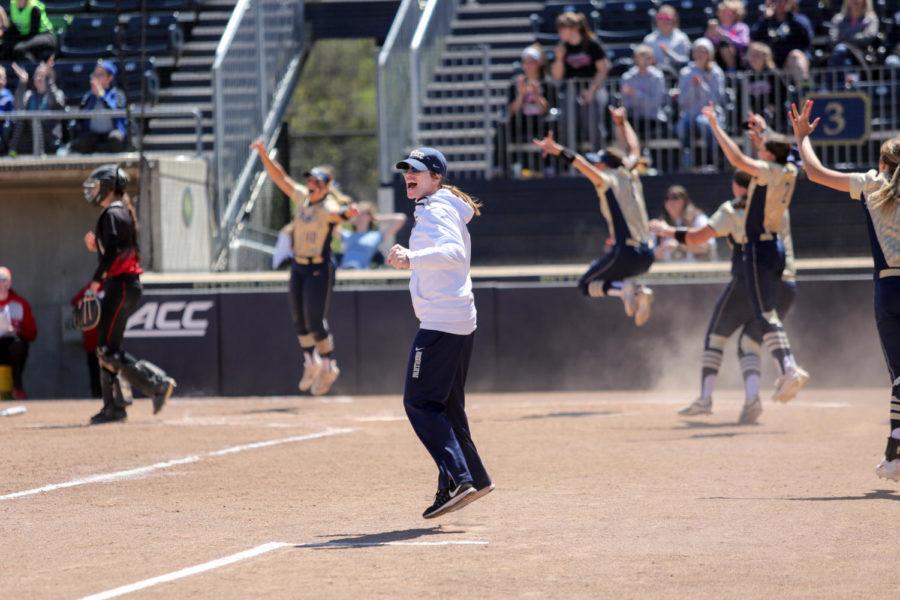 Pitt softball coach Holly Aprile announced her resignation after 10 years at the program to take the head coaching position at Louisville, according to a release from the University on Sunday.

The announcement comes after the softball team’s most successful season yet. The team finished with a 33-18-1 record — including a 9-8 victory over Louisville to earn the program’s first ACC Coastal Division title in its history.

Aprile also led the Panthers to their first NCAA tournament appearance in 2015. Overall, she went 271-234 as Pitt head coach.

“I’m extremely thankful to the University of Pittsburgh for the opportunity they’ve given me to be a part of this program over the last 15 years and lead it for the past 10,” Aprile said in the release. “I am so grateful for all of the support I received throughout my years, not only from the administration at Pitt, but the entire city of Pittsburgh and nationwide as well.”

Aprile’s replacement will be athletic director Heather Lyke’s eighth hire in her 17 months on the job.

“We will now begin a national search for the next leader of the Pitt softball program who can continue, and build upon, our team’s momentum,” Pitt athletic director Heather Lyke said in the release. “I believe Pitt is a highly attractive opportunity and we anticipate significant interest from coaches nationwide.”