5 obsolete jobs we need to bring back

The second most frequent activity of a college student besides studying is job-hunting — here's a handful of careers we wouldn't mind seeing in demand again. 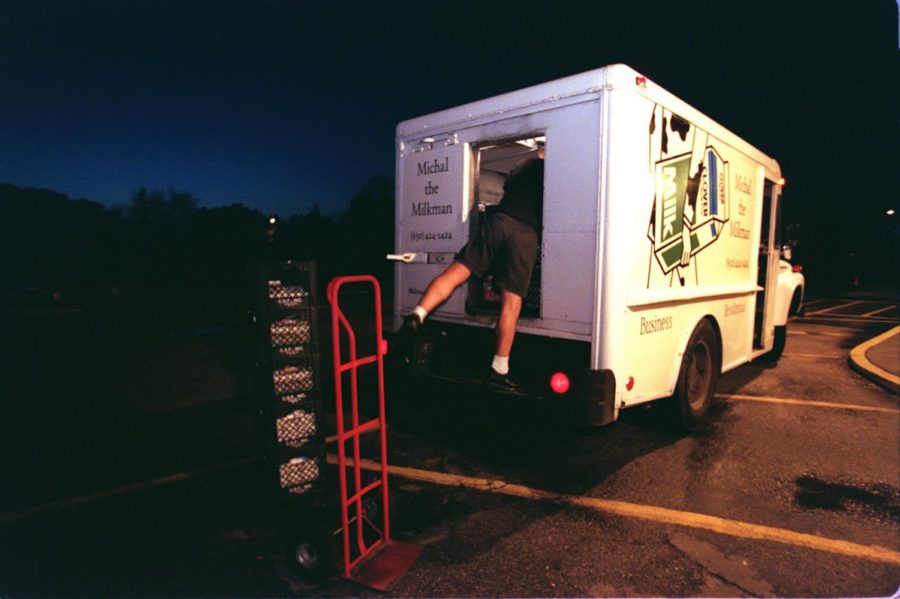 We’re halfway through the summer, and most students either have jobs by now or have contented themselves with other activities. Whether you’re working, interning, volunteering, researching or taking a much-needed break from school, it’s never too early to think about next summer — or, if you’re graduating, your post-graduate career.

There’s a plethora of best-paying job lists from the likes of Forbes and Business Insider, and when the Bureau of Labor’s July report showed the unemployment rate rose to 4 percent this month, you may feel tempted to pore over such lists. But before you do, consider the jobs that fell by the wayside in the past decades or centuries.

In a world that values modernity and the concept of progress, it’s easy to think these jobs are obsolete for a reason. Yes, technological and societal developments created more efficient alternatives — but vinyl albums and Polaroid cameras both made comebacks in recent years, showing that we can take the best of the past and bring it into the present. So let’s look at five jobs we should dust off and bring into modernity.

Now that we can buy milk from the nearest grocery or convenience store, it’s odd to think about people delivering milk to our doors every day. Refrigerators that can keep milk and other goods cold overnight led to milkmen’s demise — and the job is also predicated on someone being at home to receive the milk, lest it spoil on the ground next to the door.

It seems wasteful to deliver daily containers, and according to the Department of Agriculture, milk consumption is on the decline. And we already live in an age where grocery delivery services are in abundance. But part of the milkman’s charm was in their simplicity — and that’s what we could keep.

Because isn’t it hard to make time to go to the grocery store? And even delivery services require an ordering process. Instead, wouldn’t it be nice to have a service that can regularly deliver items with shorter expiration dates, right to your Towers door? Items like, say, milk?

Of course, milk-manning today would take into account people with dairy allergies or intolerances by adding soy and nut milk options. And now that more and more people live alone and work from home, wouldn’t it be nice to see a guaranteed familiar face every week or two? Wouldn’t it? Please… I’m so lonely.

No, not that type. Knocker-uppers served as human alarm clocks, otherwise known as that one roommate who hits snooze five times every morning, each time with the alarm at full volume. You know who you are. So why not get paid to do it?

Knocker-uppers used batons, sticks or even peashooters in England and Ireland during and after the Industrial Revolution, when alarm clocks were expensive but you still had to get to the factory in time. And let’s face it, it’s easy to hit snooze on an alarm clock. (That’s why your roommate does it several times every single morning.) But it’s much harder to sleep through someone pounding on your door.

For those of you who have roommates, you probably aren’t on the same schedule. But maybe it’s time to turn into a morning person. After all, according to Forbes, the benefits of being an early riser range from earning better grades to increasing planning and organizing skills.

Who knows? Maybe you’ll turn into such a morning person that you can wake up a little earlier and make a little on the side through the knocker-upper hustle. Just remember to be safe and wear protection — even strips of reflective tape can make you more visible to groggy drivers in the darker hours of the morning.

Starting in the 19th century, lectors read to factory workers to distract them from the repetitive work. Of course, now we have plenty of other distractions, but young companies are looking for new ways to create comfortable workplace environments — what’s more comfortable than having someone reading to you?

More personal than an audiobook, less soul sucking than rewatching the same episode of “Parks and Rec” for the 20th time, lectors had excellent pronunciation and could act out multiple parts. They read based on the workers’ demands, from newspapers to classic literature. You could even get them to read that book from your gen ed literature class that you swear you’ll get to soon, things just keep getting in the way.

If you’re already living alone or are looking forward to living alone soon, why not get paid for it? Ornamental hermits sprung up in early 18th century Britain as naturalistic experiences became en vogue but authentic hermits remained hard to come by. Because there’s nothing more natural than paying someone to live in a stone dwelling and dole out pieces of wisdom to guests.

Ornamental hermits were offered as much as $77,000 per year to live alone, not speak to anyone but guests and not cut their hair. Have some books you’ve been meaning to read (maybe you weren’t able to convince the lector)? Want to get paid to ponder existence? Maybe you always meant to learn how to crochet but could never find the time. Ornamental hermiting is for you.

It may seem like a lonely existence, but you’ll always have the milkman.

Now that “fake news” is a common expression, reliable news sources are more important than ever — but they’re on the decline. In the past 15 years, according to The Guardian, more than half of jobs in the industry have disappeared, and as ad revenue declines, it’s increasingly difficult to  — they’re taking away my computer as I type this.