City should keep improving bus routes to Downtown for all

It is vital that the city delivers on its promise to provide quick access to Downtown for the communities that need it most. 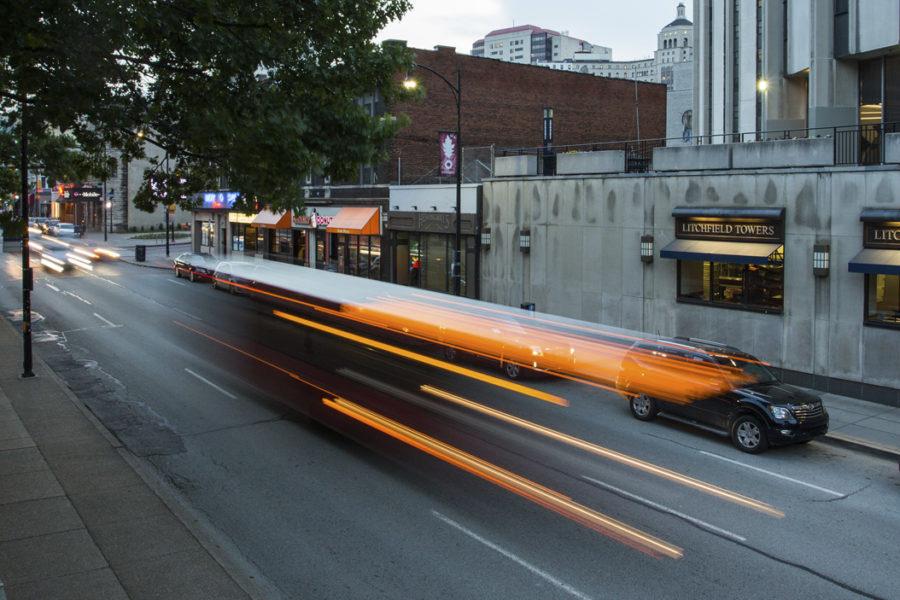 I recently took a double-length P3 bus from Pitt’s campus to the Target in East Liberty. At first, I worried about the time it’d take to reach my destination while the bus took almost a minute to drive down every block on Fifth Avenue, stopping at every bus stop and every traffic light.

But out on the busway the bus averaged over 35 miles per hour, thanks to the spaced stops and lack of lights, resulting in a fast commute despite traffic to East Liberty — which is why the city’s proposal to emulate similar service on some bus lines that go through Oakland is such a big deal. If the proposed project goes through, the 61A, 61B, 61C, 71B and P3 bus routes would transform into even faster, more efficient lines.

This is a critical advance in public transit. If implemented correctly, this will not only make commutes more enjoyable but also expand downtown access to more communities. But this is only the first step toward inclusive, rapid transit and it is vital that the city delivers on its promise to provide quick access to Downtown for the communities that need it most.

The proposed changes to these bus routes will make them Bus Rapid Transit, or BRT routes. Buses operating as BRT vehicles drive in dedicated lanes, and their stops have machines that allow riders to purchase tickets in advance. BRT also incorporates real-time sensors into the road network to detect the approach of buses and lengthen a green light to allow the bus to pass through without stopping.

The goal of BRT is to eliminate inefficiencies associated with standard buses. Due to integration with car traffic and frequent stops, buses on the same line will often arrive within a block of each other — a phenomenon known as bus bunching. And the issue is especially marked in Oakland, where bus bunching occurs at almost all times of day.

For a relatively small city like Pittsburgh, BRT is the only option for more rapid transit. Subways, like those in New York, have technical challenges and huge cost barriers, averaging $500 million per mile of track. Light rail, like the system in Portland, Oregon, is less expensive, but still costs over $100 million per mile.

BRT is a better choice for small- and medium-sized cities. It builds on existing infrastructure, only requiring a transformation of the bus stops serviced by the line, repainting of the lanes and implementation of smart sensors to function. And it’s a lot cheaper — the plan for Pittsburgh carries an estimated cost of $195 million.

BRT programs have shown success in other cities. In 2008, Cleveland opened its Euclid Avenue HealthLine, a BRT service that connects downtown Cleveland with University Circle — the site of a major hospital — and east Cleveland. Since then, the city has seen an average of $114.54 of economic development for every dollar spent on the bus line — a total of almost $6 billion.

The City of Pittsburgh predicts similar success here. With almost 35 percent of commuters working in Oakland and another 45 percent downtown, a huge portion of riders would benefit from reliable service between the two regions. Not only that, but the project would spur economic development along the route in Uptown and neighborhoods further east.

Not only that, but previous versions of the proposal neglected the needs of the communities it claimed to serve. The original plan would have transformed only the 61D, 71B and P3 lines into BRT, while the rest of the 61s would have ended in Oakland. And, as local community groups advocated, this would have cut service to economically disadvantaged neighborhoods.

The 61A, 61B and 61C lines service neighborhoods in the Mon Valley, a region that used to be a hub for the steel industry but which has since declined along with the industry. Braddock, along the Monongahela River and the terminus of the 61B line, has a median household income of under $25,000, well below the median household income in neighborhoods like Squirrel Hill, Point Breeze or Highland Park, all of which have median incomes over $50,000.

To ensure that it delivers the rapid transit system it promises, the City needs to meet the needs of the residential communities it is serving. This means maintaining service to poorer communities that rely on direct transit to Downtown and following through on all the bells and whistles of the system.

Of course, there are downsides to this plan. The $195 million price tag is large, but some of the funding will come from federal grants, and if done correctly, the efficiency savings and economic development in serviced areas will outweigh the cost invested.

It will also cut downtown service to the 61D, 71A, 71C and 71D lines, which will turn around at Craft Street in Oakland instead. This forces Downtown commuters coming from neighborhoods serviced by these lines to transfer in Oakland, spending extra money on a transfer. But commuters riding these truncated lines have alternatives within walking distance, while commuters along the other 61s and the 71B have no other options.

BRT is a feasible option for transit in Pittsburgh. This proposal offers the opportunity to propel Pittsburgh into a future with rapid transit — the City just needs to ensure it does its part.