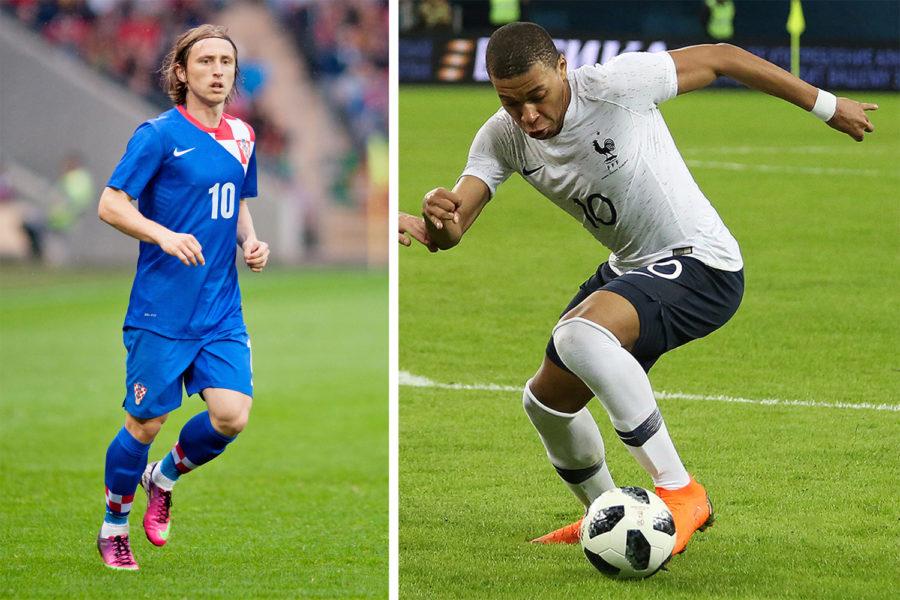 France defeated Croatia 4-2 in the World Cup final on Sunday. France and Croatia have previously played each other five times. France won three of those games; the other two finished in a draw. (Photo via Wikimedia Commons)

By Ben Zimmer, For The Pitt News

The 2018 FIFA World Cup came to a close Sunday as France defeated Croatia 4-2 to claim its second World Cup trophy. The victory earned France a spot among the upper echelon of World Cup champions and placed it alongside Brazil, Germany, Italy, Argentina and Uruguay as a multiple tournament winner.

The match took place Sunday at Luzhniki Stadium in Moscow, with an attendance of more than 78,000. Under manager Didier Deschamps, France scored goals due to both the prowess of its offensive stars and the fortuitous twists of fate that occurred during the game.

France met Croatia — a team long regarded as talented — in the final. But despite the top-notch players it has seen through the years, Croatia has never triumphed over the top-tier teams and advanced this far in the tournament before. The Slavic team topped its group with wins against Nigeria, Argentina and Iceland.

Croatia had an arduous path to the final compared to France, with three consecutive matches in the knockout rounds going to extra time. The first two against Denmark and Russia went to penalties, and Croatia’s semi-final against England was decided in 30 minutes of extra time. Croatia reached the final with the distinction of being the second-smallest country to achieve the feat, after Uruguay in 1930 and 1950.

The final began with Croatia dominating as they pinned France back into their defensive end for the first 10 minutes, continually making offensive chances. France was able to possess the ball in the Croatian end, but couldn’t make any threatening moves near the goal.

French attacker Antoine Griezmann finally created a chance for his team, drawing a foul from a Croatian defender near the 18-yard box. Griezmann delivered the free kick into the crowd of people around the penalty area, resulting in a headed own goal from Croatian player Mario Mandzukic — the 12th own goal of 2018 World Cup.

But Croatia was used to being down a goal in this tournament. It trailed in all its knockout games, coming back to equalize and eventually win against Denmark, Russia and England. This game was no different, as Ivan Perisic scored to even the match at 1-1.

Controversy arose in the next French attack as the ball seemingly went wide off of a corner kick. After cries of handball from the French players, referee Nestor Pitana called timeout to review the previous display using Video Assistant Referee.

This World Cup marks the first time VAR has been used. The technology has been at the center of attention since the announcement that it would be included in the tournament, as all associated with the game were keen to witness how effective it could be.

After review, Pitana awarded the penalty to France, concluding that Perisic had his hands in an unnatural position and that it was indeed a handball. Griezmann scored easily from the penalty spot.

Despite ominous clouds and the threatening rumbles of thunder at the end of the first half, the game progressed. The match turned in France’s favor, as Paul Pogba scored 14 minutes into the second half to bring the French lead to two goals. The French surge continued, with the fourth goal coming from a strike from Kylian Mbappe. With the goal, Mbappe became the second teenager to score a goal in a World Cup final, after then-17-year-old Brazilian soccer legend Edson Arantes do Nascimento — also known by his nickname, Pelé — in the 1958 final.

Croatia saw a glimmer of hope when Mario Mandzukic took advantage of a lapse of judgment from French goalkeeper Hugo Lloris. Lloris attempted to deliver a pass away from Mandzukic but Mandzukic stuck his foot out to redirect the ball back into the net.

But Croatia was unable to build on this gift as France retreated back into its own zone and went on the defensive for the rest of the match. France shut out all space, leaving Croatia with few attack options.

“It is really beautiful. It is marvelous. We did not play a great match, but we showed a strong mental quality,” Deschamps said to Reuters News. “We also scored four goals. We merit it. I am very happy for this team. We are coming from very far and it has not always been easy, but thanks to hard work, they are here and are on top of the world for the next four years.”

The third-place match between Belgium and England ended in a 2-0 victory for Belgium, with goals from Thomas Meunier and Eden Hazard. Both teams made changes to their lineup from the semi-final matches.

Despite losing the final, Croatia captain Luka Modric won the Golden Ball as the best player in the competition. England striker Harry Kane won the Golden Boot as the top scorer with six goals. Belgium goalkeeper, Thibaut Courtois, won the Golden Glove as the tournament’s top keeper, recording 27 saves — the most in this year’s World Cup.

The win puts France as the favorite in the next World Cup, with rankings after the final placing them first above Brazil, Spain, Germany and Belgium.

Kylian Mbappe spoke for all the French players after the win as they move forward as champions.

“I’m very happy. I was able to show my ambitions and our collective ambition, which was to win,” Mbappe said to Reuters News. “It was a long road, but it was worthwhile and we are world champions and very proud.”