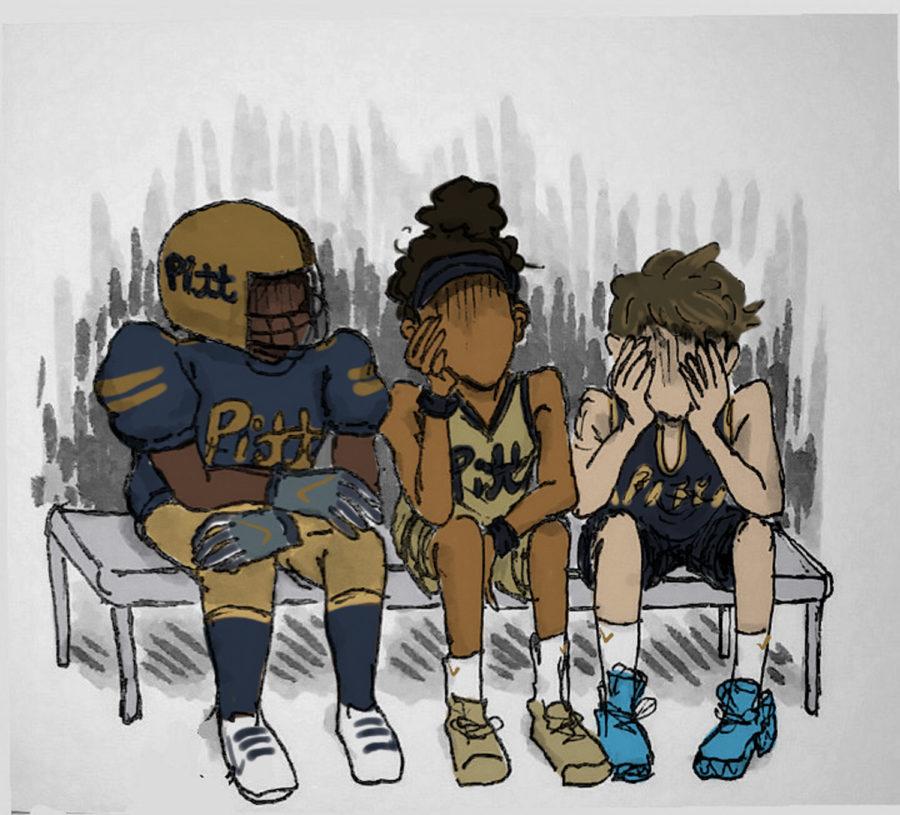 During Pitt’s Big East Conference era, the debate among college sports fans was whether Pitt was better at basketball or football. Based on the respective 0-18 and 3-5 ACC records from last season, it’s safe to say that as of right now, Pitt fans should broaden their horizons — across the board, Pitt sports can expect to see success this year with new coaches and talented recruits.

Under Athletic Director Heather Lyke’s regime, seven Pitt sports teams received new coaches. To some local basketball referees, it seemed like Lyke was simply wiping out former AD Scott Barnes’ staff to start her tenure with a team of new faces. But if those coaches weren’t delivering or chose to flee to other schools rather than building up Pitt’s program with Lyke, they aren’t a loss. And while many of Lyke’s hires bring a new energy for fans to look forward to, the one team nearly guaranteed to succeed this year did not replace its coach.

The Panthers volleyball team hasn’t been below a .500 record in eight years, and won its first ACC title this past season with a 26-7 overall record. With head coach Dan Fisher staying around until 2022, there are a lot of wins to look forward to. But hopefully the momentum from the volleyball team carries over to the other athletic teams, which have new coaches.

New head men’s basketball coach and former Duke associate coach Jeff Capel is at the forefront of coaches to look out for this upcoming season. With 162 wins and multiple NCAA tournament appearances as a college head coach, Capel is an obvious upgrade compared to former head coach Kevin Stallings, who led the Panthers during the 2017-18 season — their worst season in program history, finishing 0-18 in the ACC. According to Lyke, Capel is capable of rebuilding the basketball program and making it a top contender in the conference.

“His relentless work ethic, passion for the game and clear vision of how to build a program capable of competing at the highest levels in the ACC and on the national stage are impressive,” Lyke said of Capel.

Watch out for redshirt junior guard Malik Ellison — though he hasn’t yet donned the blue and gold for a game, Capel named him team captain this year due to his standout work ethic.

On the women’s basketball front, first-time head coach Lance White describes himself as crazy — but in the good way.

“A lot of times, the person that’s the crazy one, they set the tone,” White told the Pittsburgh Post-Gazette. “But it’s those other people who get people in, who validate that first leader to then make it a movement. Then, you wanna be a part of that rather than sitting on the side.”

White was named the Women’s Basketball Coaches Association National Assistant Coach of the Year in 2016, and if his infectious positive attitude can win over both the team and the crowd, Pitt women’s basketball could see major improvement. Though fan-favorite senior forward Yacine Diop transferred to ACC rival Louisville, the Panthers still have solid talent in junior guard Jasmine Whitney and seniors Kalista Walters and Aysia Bugg.

Lyke also managed to secure a promising replacement for Pitt baseball coach Joe Jordano, who resigned in June as the winningest coach in Pitt baseball history. Former Florida State associate head coach Mike Bell — who made four College World Series appearances with three different schools as a coach since 2005 — will now lead the team. The Panthers had their best season since 2013 last year with a 29-26 record, so Bell needs to set a precedent of excellence early on if he wants to rival Jordano’s winning record.

This year, Pitt softball won its first ACC Coastal Division title under the direction of former coach Holly Aprile. Coming into this year with a 16-6 conference record, the Panthers look to new head coach Jodi Hermanek from Ohio University to help them improve even more — her Bobcats even beat Pitt 6-1 last year.

Randy Waldrum, former coach of the Houston Dash in the National Women’s Soccer League, is returning to coaching college-level athletics as the new head coach of women’s soccer, and he hopefully can’t produce worse results than the team’s 3-12-3 record last year. Waldrum replaces Greg Miller, who served as head coach of the women’s soccer team for six years with the program. Under Miller’s coaching, the team struggled in the ACC — with an overall conference record of 7-45-1 — and as a program with a record of 32-69-8. Miller’s departure marked Lyke’s first layoff as athletic director.

Returning head football coach Pat Narduzzi seemingly garnered a fruitful recruiting class for Pitt football despite the Panthers’ 5-7 record last year. The 2017 losses to Syracuse and UNC were flukes — due to dealing with two injured quarterbacks and a ridiculous fumble misstep, respectively — and not indicative of the team’s future success. The ceiling for sophomore quarterback Kenny Pickett is sky-high and if the Panthers can finally step up their defense, Pitt football could surprise many people. Expect at least eight wins this season — with predicted losses only to Penn State, Notre Dame and two other opponents during guaranteed slipup games, knowing the Panthers — and another not-so-surprise-win over Miami following last year’s 24-14 upset.

These outlooks may rest on the side of hopeless optimism rather than realism, but thus marks the current atmosphere in Pitt sports. With so many changes and new faces within the athletic department, now is the time to dream big — when there are no results to skepticize yet.