Reduce use of antibiotics in agriculture 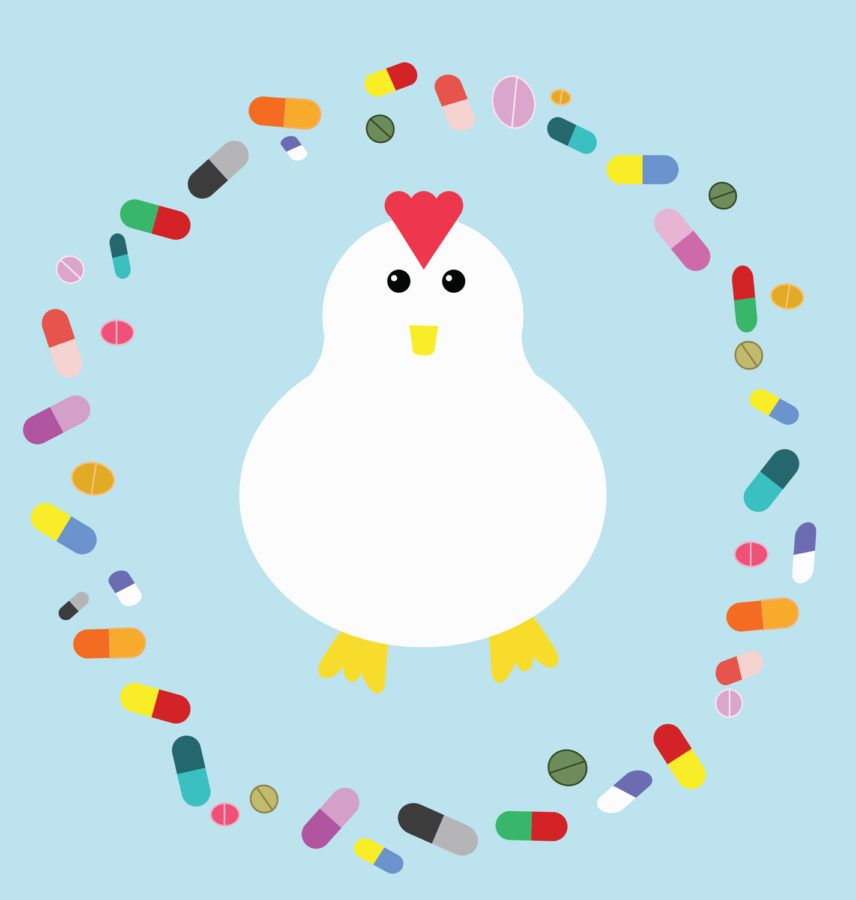 The Centers for Disease Control and Prevention identified at least five cases of a highly antibiotic-resistant strain of the lethal Carbapenem-resistant Enterobacteriaceae — or “nightmare bacteria” — in Pennsylvania in 2017. According to the organization, 50 percent of patients infected with CRE succumb to the disease.

The World Health Organization declared in February that antibiotic resistance is “one of the biggest threats to global health, food security, and development today” — but much of the world isn’t listening.

CRE and other bugs like it, such as methicillin-resistant Staphylococcus aureus, are hyper-resistant to antibiotics, our first defense against bacterial infections. CRE occurs when normal gut bacteria becomes incredibly resistant to antibiotics, our first defense against bacterial infections. Bugs such as MRSA develop resistance to antibiotics — like methicillin — when they evolve ways to protect themselves from our drugs. According to a 2013 study by the CDC, every year 2 million people in the United States alone will contract an antibiotic resistant infection — 23,000 of them will die. And those numbers continue to rise.

Scientists hypothesize that one cause of resistant infections in humans comes from an unexpected source — our food, and particularly meat. Farmers use large amounts -— 24.6 million pounds annually — of commercially available antibiotics in water and food in order to treat and prevent infections that can spread through large animal populations on industrial farms. Agricultural use of antibiotics is about eight times higher than use by humans.

These antibiotics are administered to animals who aren’t sick — either as preventative measures or as artificial growth promoters, which has been standard practice since the 1940s. While treating disease is important, it’s unnecessary and harmful to consumers to treat unafflicted creatures, and it’s cruel to inflate the growth of animals on industrial farms.

Humans don’t ingest extra antibiotics by eating meat. The problem with overuse of antibiotics on farms, especially on animals that are not actually sick, is that any disease-causing bacteria not killed become resistant to whatever antibiotic was used. This bacteria remains in and on meat after processing, and if it’s not properly cooked — or if a person contracts the bacteria from handling the raw meat —  that person can end up with an infection that is difficult to treat and resistant to multiple antibiotics.

A study published by the American Society for Microbiology in 2013 found that amounts of “excessively resistant” E. coli were found in 14.3 percent of chicken samples from 175 grocery stores across the United States. Some of the bacteria was genetically similar to strains found on and near farms, indicating the likelihood the bacteria had traveled from farm animals to the consumer. If a consumer were to mistakenly undercook the chicken — not killing the bacteria — and consume it, that consumer would have a high likelihood of contracting a bacterial infection that few antibiotics can kill.

A serious bacterial incident happened in Bethesda, Maryland, in 2011, when an outbreak of the deadly and difficult-to-contain bacteria Klebsiella pneumoniae carbapenemase infected 18 people and claimed the lives of 11 at a National Institute of Health hospital. The bacteria is highly pathogenic, and quickly spread from ICU patients to the general hospital population, eventually infecting and killing people who had no contact with any previously infected patient — meaning despite the hospital’s rigorous efforts to contain the outbreak, materials with KPC-infected surfaces were able to infect other patients. One patient who was recovering from complications due to a bone marrow transplant was infected and died a year after the initial KPC outbreak.

Overuse of antibiotics in animal agriculture isn’t the only barrier to solving the antibiotic crisis. According to Drew Smith, formerly a molecular biologist with NexStar Pharma and other pharmaceutical companies, “Big Pharma has basically given up on antibiotics. It’s not that the risks are too high, it is that the rewards are too low.”

Pharmaceutical companies, which once were heavily invested in the discovery of new antibiotics, have stopped or dramatically slowed their research and development of new antimicrobial drugs. An article in the Pharmaceutical Journal published in 2013 states that 16 new antibiotics were approved in the United States between 1983 and 1987, as compared to the two antibiotics approved between 2008 and 2011. In the four-year span from 1998 to 2002, the number of antibiotic drugs approved by the FDA decreased by 56 percent — signaling a lack of funding and research for new antibiotics. If given the time and resources, researchers could study and develop more effective strains of antibiotics.

Antibiotic use in animal agriculture is rapidly contributing to the global antibiotic crisis, and public officials and scientists simply aren’t responding. By 2050, 10 million people will die each year due to antimicrobial resistance.

Until the industrial farming industry stops the widespread overuse of antibiotics and scientists receive the funding they need to develop new, more highly effective antibiotics, stories like the KPC outbreak and the CRE crisis will become all too common — and the global population will be at risk of a critical failure in its medical infrastructure.