Panthers fall 4-0 to TCU in first loss of season 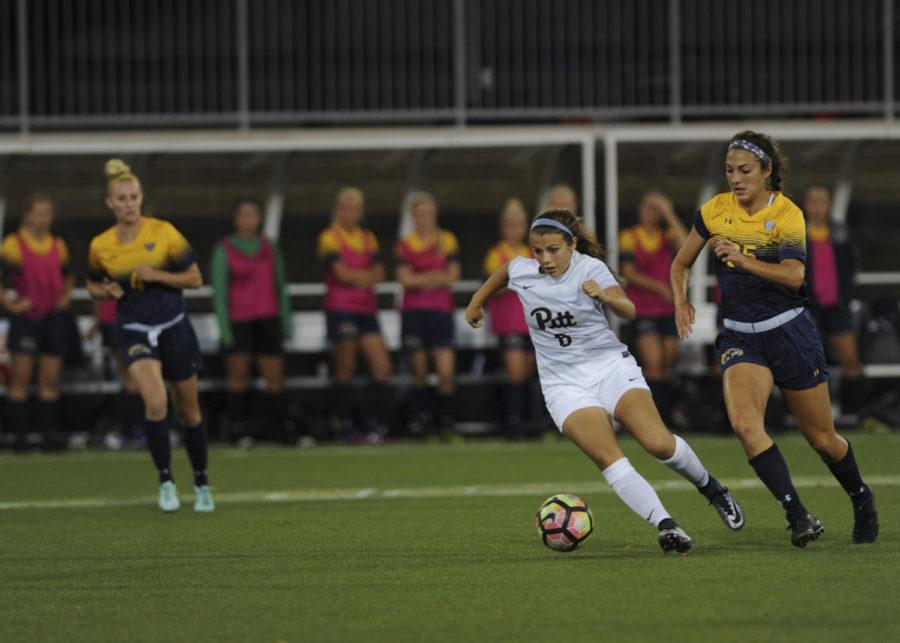 In the first game of its two-game road trip in the Lone Star State, Pitt women’s soccer was beaten by TCU 4-0 in Fort Worth, Texas.

The Horned Frogs started the attack early into the game and didn’t look back after that. First-year forward Maddy Warren got two chances within the first three minutes with a quick shot in the first minute and then a header just two minutes later.

After a slew of corners by TCU, a Pitt foul in the box led to a penalty for the hosts, which senior midfielder/forward Kayla Hill converted to make it 1-0. The attack by the Horned Frogs continued after the first goal and throughout the rest of the first half. They had four more shots and three corners before the Panthers had their first shot.

TCU doubled its lead to 2-0 in the 41st minute after senior forward McKenzie Oliver got a through ball by sophomore midfielder/forward Haley Mallion and crossed Pitt goalkeeper, redshirt sophomore Amaia Pena, to score the goal. Within the first half, the Horned Frogs outshot the Panthers 12-1, including seven shots on goal, and had six corners to the Panthers’ none.

The second half didn’t change much as TCU continued to force the Panthers to defend. The first 15 minutes of the second half saw the Horned Frogs take six shots and three corners, while all the Panthers could muster was two unsuccessful corners.

By the 64th minute, TCU made it 3-0 — effectively putting the game out of Pitt’s reach. Sophomore forward Natalee Heiser got a good ball in the box from junior midfielder/forward Tara Smith and put it past first-year goalkeeper Katherine Robinson, who made her debut for the team.

The game hit a definitive finish when the pair of Oliver and Mallion worked together to give the Horned Frogs a 4-0 lead. For this goal, the pair played the opposite of what they did the first time around, as Oliver put a great pass for Mallion to easily slot it home.

The Panthers will conclude their Texas road trip with a game against North Texas Sunday, Sept. 2, at 1 p.m.