In Pa. football fandom, know where to draw the line 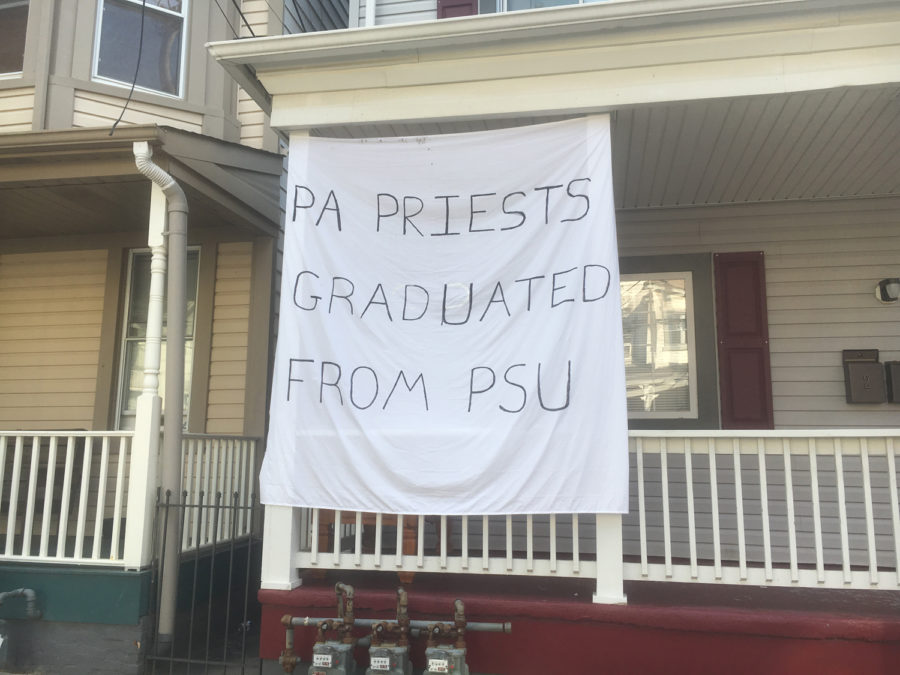 Since its inception over a century ago, the Pitt versus Penn State football game has always been an intense and meaningful matchup. The classic rivalry often embodied all you could ask from two in-state foes — high stakes, talented players and sellout crowds.

And, as in any true rivalry, an underlying air of competitive disdain toward each other permeates through each fan base.

“I remember my older brothers telling me, ‘You can’t like Pitt and Penn State. You have to choose one,’” Pitt senior linebacker — and Pittsburgh native — Quintin Wirginis said Tuesday.

But in recent years, the nature of the rivalry has devolved from a lively competitive spirit to pettiness, irrationality and antagonism on both sides.

After a 16-year hiatus, the four-year renewal of the annual Pitt vs. Penn State football matchup in 2016 brought a rejuvenated excitement to college football in Pennsylvania. This was, after all, the state’s biggest in-house rivalry in a way that the Pittsburgh Steelers and Philadelphia Eagles, due to playing in opposing conferences, could never be. It presented a chance to claim bragging rights over your parents, neighbors or friends who went to the opposing school.

On the field, the first game of the new series didn’t disappoint. 69,983 fans — a Pittsburgh sports record — showed up at Heinz Field to watch the 2016 matchup. It was a roller-coaster ride, with Pitt notching an early 21-point lead only to almost squander it away in the fourth quarter. There were plenty of offensive fireworks, as both teams produced over 400 yards of total offense. The Panthers emerged victorious in the end, 42-39.

But off the field, the ugly side of the revamped rivalry began to show.

Many Pitt fans used the Jerry Sandusky child sex abuse scandal — which broke in 2011 and implicated some form of guilt in several other members of the Penn State administration — as a rallying point against the Nittany Lions. Panther fans showed up wearing “Joe Knew” shirts, and Pittsburgh-themed blog ThePoint412.com shut down after receiving heavy backlash for selling such merchandise.

In the Heinz Field stands, boisterous rounds of “[Expletive] Penn State!” rang up at various points during the game — not just versus Penn State, but at random times against other opponents throughout the season. For parents wanting to bring their kids to see a Pitt football home game, they had to wrestle with the prospect of exposing their child to this potentially hostile environment.

“The dialogue and engagement between supporters from different teams has gotten nastier,” Rob Ruck, a history of sports professor at Pitt, said. “I’m afraid that we’ve taken something that can be a wonderful rivalry and we’ve often perverted it and made it a vehicle for bringing out our base emotions.”

The Sandusky- and Paterno-oriented comments continued in 2017 and have remained prominent in 2018 — more than seven years removed from the scandal. Homemade signs or Post-it notes on dorm windows across campus read “Joe Pa 4 Pope” and “PA Priests Graduated From PSU,” referencing the more recent — and completely unrelated to Penn State — sexual abuse scandal among clergy in Western Pennsylvania.

Those who repeatedly recycle these same remarks making light of child abuse are doing no one any benefit — on the contrary, such comments are detrimental to sexual assault victims, especially those in the Sandusky case. Using an outdated incident — one that has no relation to the current Penn State fan base, coaching staff and football team — as a form of trash talk is a bad look for Pitt.

“I think that there is a line,” Pitt junior Phil Saggese said. “And some people cross it. You just want to be respectful of other people … I don’t think that you should make light of sensitive topics.”

On the other side, Penn State students and fans have been far from blameless in this matter. While not necessarily vulgar or disturbing, trash talk in Happy Valley typically airs on the side of arrogance and condescension.

Take, for example, a tweet that typically gains popularity during the lead-up to the rivalry game. It goes, “What do Pitt and Penn State fans have in common? They both applied to Penn State,” with the underlying punchline that Penn State is a more desirable school than Pitt. (In reality, both school’s acceptance rates are roughly equal, with Pitt’s actually being lower in 2016.)

Or consider the Nittany Lions’ head coach, James Franklin, repeatedly insisting that Pitt is just another game on the schedule. He even went so far as to say that beating Pitt was “like beating Akron” in 2017. Franklin’s point — that every game is of equal importance — is respectable, but the schtick is growing old, and comes across like he’s in a cheesy, low-budget football flick.

Penn State students also like to downplay the nature of the rivalry, saying that the Panthers need the Nittany Lions more than vice versa. That didn’t turn out so well in 2016, when Pitt’s victory essentially ruined Penn State’s bid at the College Football Playoff.

All sports rivalries involve a certain amount of pettiness, but this particular one has stooped to a level unbecoming of such honorable schools and football programs. The most prominent forms of trash talk on each side are cyclical, embarrassing and unproductive. Instead of rehashing old scandals, yelling expletives in public places or continuously displaying unwarranted arrogance toward one another, each fan base ought to at least think outside the box when it comes to trash talk.

After this, there may only be one meeting left for a long time — and hopefully the fans can end this bout of rivalry on a positive note.