Pitt heats up, AC goes down 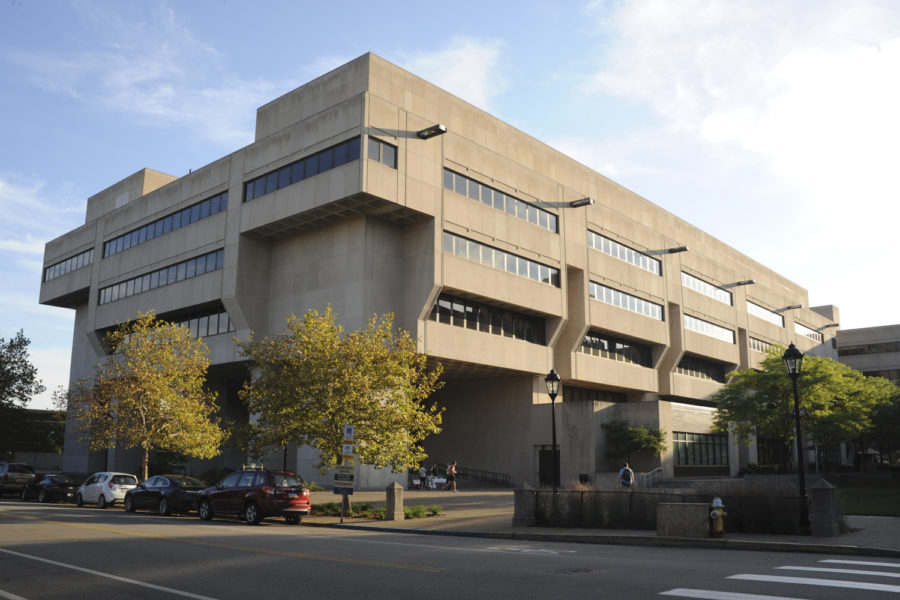 Telmar Palmer was charged earlier this month with invasion of privacy and attempted indecent assault.

Throughout the past few weeks, temperatures in the Pittsburgh region have climbed over the 90 degree mark, leading many Pittsburgh school districts to dismiss students early. But despite the rising heat, Pitt announced a classroom temperature increase on Aug. 29 as a part of sustainability efforts on campus — thermostats going up and fans slowing down.

In an email to faculty and staff, the Facilities Management Division of the University cited a notification from Pennsylvania Act 129 as the reason for reducing on electric usage. The act, signed into law in October 2008 by former Pennsylvania Gov. Ed Rendell, is meant to reduce energy consumption and demand by establishing requirements for the Commonwealth’s seven largest electric distribution companies.

Facilities Management will also decrease air-conditioning in most Pitt buildings to increase the stability of electric grids, according to the email.

“In most cases, the changes will be minimal and may not be apparent to building occupants. Critical research areas will not be affected. As always, we encourage students, faculty, and staff to assist with reducing electrical usage by turning off unnecessary lighting and electronics when not in use,” the email said.

University spokesperson Joe Miksch said in an email Thursday evening that the requirement for electric curtailments comes from the University’s electricity supplier.

The temperature spike may have permanently damaged our $1M instrument. Some experiments funded by the university or tax payers' money have been ruined. Lots of energy to be consumed to restore these soon. My students are exposed to higher vapor pressure of volatile chemicals.

“These curtailments are introduced to provide a level of stability to the power grid during the high demand periods caused by high temperatures,” Miksch said. “It is our goal to help maintain reliable electrical service throughout the grid including the entire Oakland area.”

Some buildings experienced excessive heat due to system failures, which left many students and faculty members confused between planned and unplanned temperature increases. Chemistry professor Dr. Kazunori Koide took to Twitter to express his frustrations, claiming damage to expensive equipment and compromised safety for students in chemistry labs.

Safety in chemistry labs: Acetone is the most common solvent to wash glassware and stored in large quantities in labs. When the temp changes from 25 to 28 °C, the vapor pressure increases by 14%. Acetone is toxic to human's central nervous system and other organs.

Miksch said the excessive temperatures in Chevron were caused by mechanical and system failures, not purposeful electric cutbacks.

“The recent high temperature concerns at the Chevron Science Tower were not related to the Act 129 power curtailment. These incidents were directly related to mechanical and system failures that coincided with the curtailment. These failures were addressed and resolved by late Tuesday afternoon. It is our policy not to curtail in critical facilities,” he said.