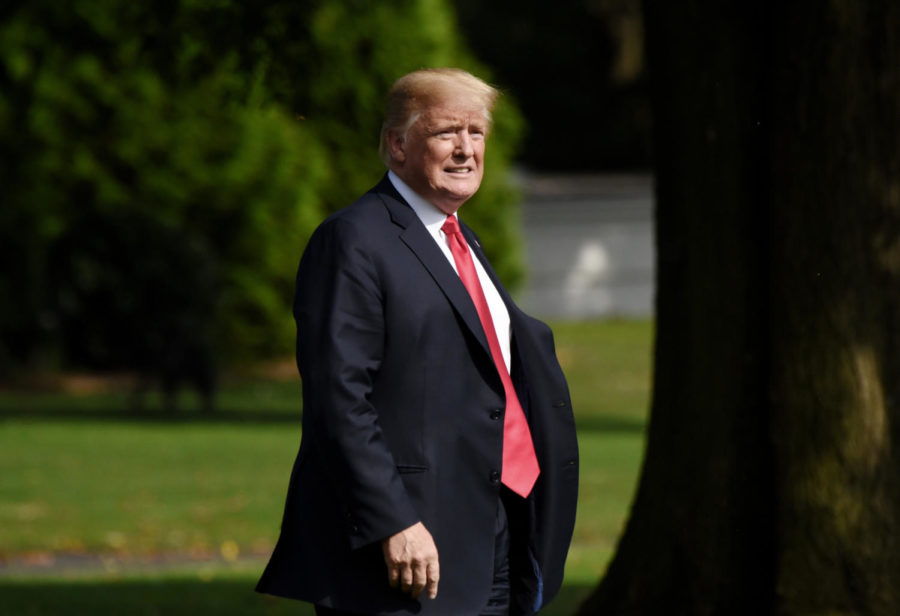 The New York Times rarely publishes anonymous op-ed pieces — so when it does, people notice. It’s hard not to with a headline like “I Am Part of the Resistance Inside the Trump Administration.”

The piece, published Wednesday, was authored by “a senior official in the Trump administration whose identity is known to [The New York Times] and whose job would be jeopardized by its disclosure,” according to its foreword. The author claims to work in President Trump’s inner circle and that they and other high-ranking senior officials “are working diligently from within to frustrate parts of his agenda and his worst inclinations.”

It reveals a rupture in our democracy by painting those surrounding the president as heroes for running the nation behind the president’s back, rather than taking the responsible measure of removing him from office. Its author should be ashamed to anonymously admit to being complicit with the information they allege rather than bringing it forward publicly to add to the overwhelming momentum toward impeachment.

To say the author’s job would be at risk for writing this piece is an understatement. Descriptions of the president’s behavior as “detrimental to the health of our republic” and “impetuous, adversarial, petty and ineffective” would guarantee the quick firing of anyone — and on Wednesday, Trump called the editorial “gutless” and said its author should resign.

The author claims to be working in secret to contain the president’s poor decisions to the West Wing, and calls themself and their like-minded colleagues “unsung heroes,” who “have been cast as villains by the media.”

“It may be cold comfort in this chaotic era, but Americans should know that there are adults in the room,” the anonymous official wrote. “We fully recognize what is happening. And we are trying to do what’s right even when Donald Trump won’t.”

Regardless of who you voted for in 2016, this should worry you. We don’t know who this person hiding in the shadows is, acting as if they have the right to run the country not only behind the president’s back, but behind the people’s backs. Based on what’s claimed in the op-ed, the author and their colleagues seem to have enabled the continuation of Trump’s presidency by shielding the people and their elected representatives from the true extent of his damage to — and perhaps inability to lead — the White House.

The Times’ mystery writer claims that cabinet members early in the Trump presidency considered invoking the 25th Amendment to remove him from office.
“But no one wanted to precipitate a constitutional crisis,” they wrote. “So we will do what we can to steer the administration in the right direction until — one way or another — it’s over.”

If what the op-ed says is true, then these senior officials are not a part of “the Resistance” against the president — they have enabled his damaging of America. Since Trump took office in January 2017, he’s regularly spewed vitriol on Twitter, which has polarized and vulgarized political and social dialogue in the United States. He’s implemented a cruel family separation policy that detains children of undocumented immigrants. And he’s found himself unable to side against Nazis.

It isn’t noble to attempt to control this behavior, as the writer of the op-ed seems to think. It’s a slap in the face of U.S. democracy. Americans didn’t vote for senior White House officials to run the country like spies playing make believe — they voted for the president. And if the president is deemed unfit to do his job, then he needs to be taken out of office, not propped up like a puppet by those around him.