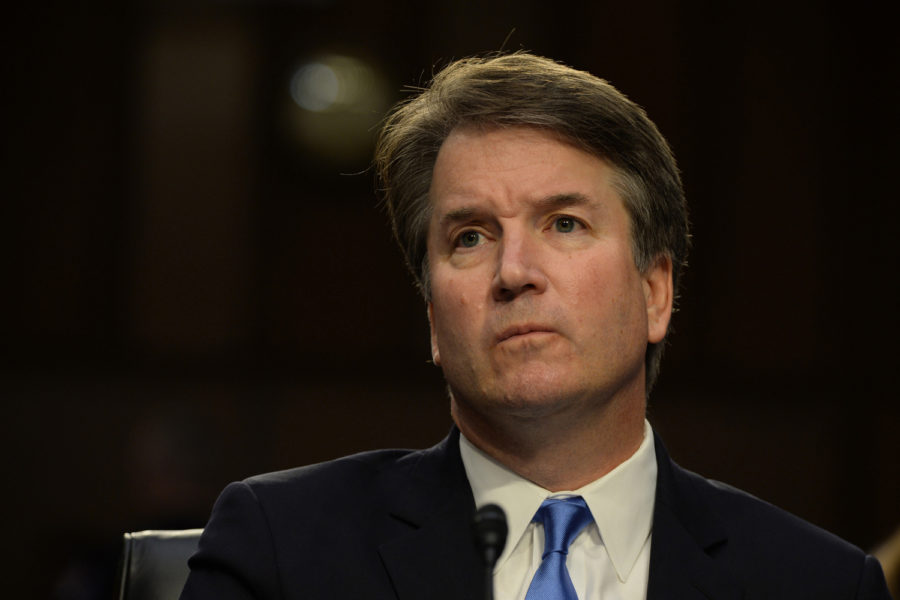 This is one part of a two-part series about Judge Brett Kavanaugh. Read Delilah Bourque’s counterpoint here.

After Justice Anthony Kennedy announced his retirement from the Supreme Court in June, there was plenty of speculation as to who President Donald Trump would appoint to fill the position. After weeks of deliberation, he selected Judge Brett Kavanaugh for the job.

Kavanaugh was met with hundreds of protesters for four days straight. But upon closer inspection, there are very few — if any — substantial arguments against Kavanaugh, and it’s frankly baffling why there are so many people who adamantly oppose him.

Kavanaugh would make an excellent Supreme Court justice. In an era where the legislative branch delegates superfluous amounts of power to the Supreme Court, Kavanaugh strictly opposes this.

It’s not the Supreme Court’s job to create new laws and precedents unrelated to how a law should be ruled — this is the job of the legislative branch. The judicial branch, which was designed to be the least powerful of the three branches, should only rule on existing laws.

This stance is reflected in Kavanaugh’s opinions and rulings. It’s clear he strongly falls back onto written law, which is exactly what he was appointed to do.

Kavanaugh ruled against net neutrality in 2017, finding that it violated internet service providers’ free speech rights, and against gun laws because they clearly violated the Second Amendment. He also wrote an opinion against the individual mandate in 2007 from the Affordable Care Act because a monetary fine severely restricts free trade — it does not satisfy the Taxing Clause and the “necessary and proper” clause. He wrote in favor of Emily’s List — an organization that promotes abortion rights and supports pro-choice female Democratic candidates — in 2009 because restrictions against them violated their First Amendment rights to fundraise.

“I am not sure that all legal scholars refer to Roe as the settled law of the land at the Supreme Court level since the court can always overrule its precedent,” he wrote.

Yet with hundreds of thousands of released documents — more than were released for the past five judicial nominees combined — this single email cannot possibly account for his entire view on abortion, especially when he stated under oath in the hearing that he believes that Roe v. Wade is settled law.

“Senator, I said that it’s settled as a precedent of the Supreme Court, entitled the respect under principles ‘stare decisis,’” Kavanaugh said during the hearing. “And one of the important things to keep in mind about Roe v. Wade is that it has been reaffirmed many times over the past 45 years.”

Senators also asked questions of presidential power during the hearing, specifically by Sen. Chris Coons, arguing that Kavanaugh would allow Trump to pardon himself in the Muller case should there be evidence against him. Although Kavanaugh doesn’t appear to support the ability to prosecute a sitting president, this is unimportant since a president can be prosecuted after they are impeached.

The procedure is normally to file a motion for impeachment in the House of Representatives, and then to prosecute the president after he is removed from office, thereby not having to prosecute a sitting president. None of the last three presidents under federal investigation were prosecuted while they were in office. Instead, Bill Clinton and Andrew Johnson were impeached, and Richard Nixon resigned under pressure.

Yet the most damaging claim made during the hearings is that Kavanaugh lied under oath. These claims sparked outrage, with many calling for his impeachment.

However, upon closer inspection of these emails, there is absolutely no evidence suggesting that Kavanaugh was personally involved in the vetting process at all. He was BCC’d in an email about a meeting regarding Pryor, and when he was asked about how the interview went with Pryor, he responded “call me.” There is nothing to suggest that he was involved, and until there is evidence that during this call Kavanaugh admitted to being personally involved in the vetting process, we can’t immediately jump to conclusions.

The second allegation of potential perjury comes from the fact that Kavanaugh seems to have knowledge about stolen documents. Manuel Miranda hacked into the emails of several Democrat senators in 2000 and downloaded documents in an attempt to get information related to their strategies on judicial nominations. These documents were sent to Kavanaugh in 2003 via email.

Kavanaugh made a statement under oath in 2006 claiming that he had no knowledge that these documents were stolen. And that is still true. At no point in the emails does Miranda suggest that these emails were stolen from Democrats’ emails. There are many other ways that documents can be released legally, and Kavanaugh repeatedly says that he assumed that they were given to him legally.

The lack of coherent arguments against Kavanaugh is why there were 212 arrests for disrupting the first four days of the hearing. People are fed these unsubstantiated lies about Kavanaugh, so they protest and grandstand instead of having civil discourse because they are told to by representatives of their own party.

It is essential to the continuation of democracy to form an opinion based on the information given to us, not the other way around.

Write to Hayden at [email protected].