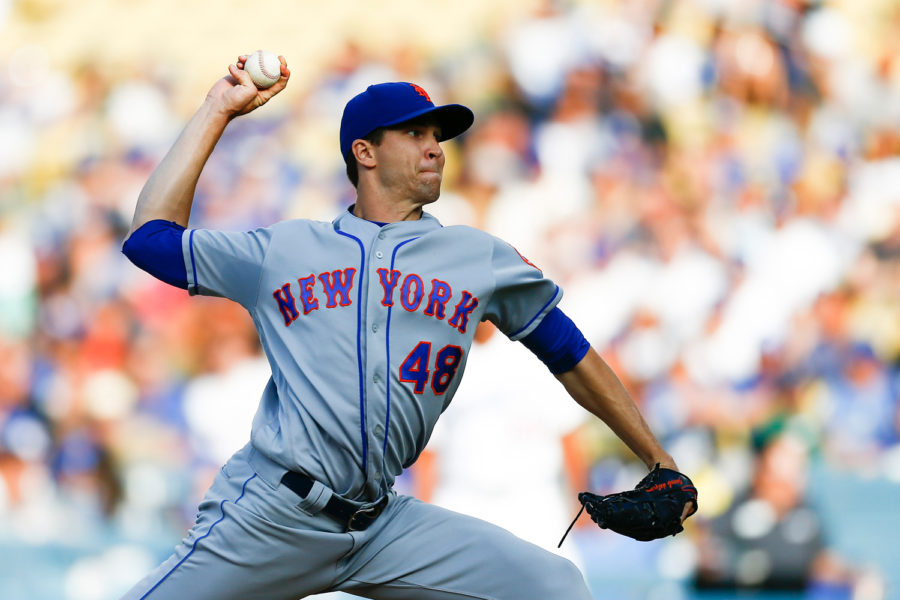 From the first week of NFL action to the dog days of professional baseball, The Pitt News staff gives its takes on five hot topics in the world of sports.

The NFL is often a league dominated by veterans leading the charge and taking home the Lombardi trophy year in and year out. For over a decade, Tom Brady, Peyton Manning and Ben Roethlisberger have maintained a stranglehold over the AFC. Meanwhile, defensive veterans Von Miller and Luke Kuechly continue to strike fear in the hearts of offenses.

Some of the best players in the league are still stars well into their careers, but the tide is starting to change. The NFL is experiencing a wave of young superstardom, and it’s becoming the norm for NFL athletes to dominate within a few years of being drafted.

Week one saw young quarterbacks take over. Second-year Patrick Mahomes and rookie Sam Darnold threw for a combined six touchdowns in their debuts. Last year, then-rookie Deshaun Watson looked truly special before getting hurt and Carson Wentz was poised to take his team all the way in his second year before he too was injured.

Odell Beckham Jr. and Mike Evans have been dominant since they went pro, and are only in their fifth seasons. Star rushers Todd Gurley, Kareem Hunt and Alvin Kamara — to name a few — are only in their fourth, second and second years, respectively.

Defensive tackle Aaron Donald signed the largest contract ever for a defensive player — an extension worth six years and $135 million. Linebacker Khalil Mack topped it barely 24 hours later with a $141 million deal. Both are in their fifth year in the league.

With legends like Peyton Manning gone and Tom Brady aging, one thing is clear — the future of the league is in good hands.

Sometimes you can make it on your own

DeGrom is having a phenomenal season this year on the mound, locking himself into a top-three Cy Young spot by merit of sporting the league’s lowest earned run average at 1.68. DeGrom is not only adept at keeping runs from being scored, but he’s also a dominant workhorse. Since pitching only one inning May 13, deGrom has rattled off 20 straight starts of six or more innings. He’s a strikeout machine too, notching 230 for the year — good for fourth in the MLB.

Although deGrom is pitching lights-out this season, his team has offered little help. The Mets has been on a downward trend since losing to the Royals in the 2015 World Series, working their way down to a 65-78 record this season due to an underperforming and often-injured roster. But despite their mediocre performance this year, there is a precedent to awarding the Cy Young to a pitcher on a losing baseball team.

R.A. Dickey won the Cy Young award on the 2012 Mets, who went 74-88. He beat out several pitchers from better teams, including the Dodgers’ Clayton Kershaw, whose team went 86-76, and Johnny Cueto, whose Reds went 97-65. DeGrom has fierce competition for the Cy Young, as Max Scherzer and Aaron Nola have pitched outstandingly this year and have the better overall teams. But despite the Mets’ mediocrity, deGrom has just been too dominant and pitched too well to lose.

If deGrom finishes the season pitching like he has, it would take a massive oversight from the voting committee to award another pitcher the Cy Young this year.

— Sami Obu-Obaid, For the Pitt News

There were plenty of surprises in the first week of the NFL, but perhaps none bigger than the Tampa Bay Buccaneers dismantling the Saints defense and coming out of New Orleans with a 48-40 road victory.

Playing without incumbent starter Jameis Winston due to a three-game suspension for sexual misconduct, the Buccaneers dominated with NFL journeyman quarterback Ryan Fitzpatrick under center instead. Fitzpatrick put up a monster statline, completing 21 of 28 passes for 417 yards and four touchdowns. He even rushed for a score, giving him five total touchdowns in the afternoon. The perennial backup outplayed future Hall of Fame quarterback Drew Brees and shocked the entire landscape of the NFL.

The question now is, what will the Bucs do about their quarterback situation when Winston returns in week four? While at Florida State, Winston was accused of sexual assault in 2014 and then caught stealing crab legs from a Tallahassee grocery store that same year. Winston’s off-field issues and his failure to live up to his draft position could spell disaster for him and lead the Bucs to move on in favor of the man now nicknamed Ryan “Fitzmagic.”

— Tyler Moran, For the Pitt News

Former Pitt starting quarterback Nathan Peterman, who played from 2015-16, has become one of the most laughed-at quarterbacks in the NFL this past week and end of last year.

While Peterman succeeded at Pitt, throwing for over 5,000 yards and 47 touchdowns in his two seasons as starter, it hasn’t led to much success for the Buffalo Bills’ 2017 fifth-round draft pick.

Peterman earned infamy when he started over Tyrod Taylor in the midst of a playoff race last season and threw five interceptions in the first half against the Los Angeles Chargers, which tied the record for most interceptions in a half in a quarterback’s first start.

This year he looked to bounce back after he somehow earned the starting quarterback job over AJ McCarron and first-round draft pick Josh Allen. Once again though, Peterman performed atrociously in his first start of the season against the Baltimore Ravens.

He completed five of his 18 passes, totaled 24 yards and threw two interceptions, which led to a passer rating of zero. The Bills got bulldozed by the Baltimore Ravens, 47-3, and Peterman was finally benched for Allen near the end of the contest.

It’s almost unfathomable how terrible of a quarterback that Peterman has been in the NFL. More amazing is the fact that the Bills’ coaching staff still believes Peterman can be a good quarterback, as they are considering starting him again this week against, yes, the Los Angeles Chargers.

I don’t know whether it’s sad or pathetic that Peterman has the fourth worst passer rating, 16.8, of all active quarterbacks in the NFL, but it’s not good to see a former Pitt quarterback perform so badly. Hopefully he can turn it around, but as of now I don’t see that changing anytime soon.

The women’s tennis U.S. Open final between Serena Williams and Naomi Osaka drew much attention from the media, but not for the on-court play. Rather, a series of altercations between Williams and chair umpire Carlos Ramos generated controversy and overshadowed what should have been the story — a promising and unique young talent in Osaka, who won her first Grand Slam title.

In the second set, Williams received a penalty from Ramos for receiving illegal coaching, which she protested. She was penalized again for slamming her racket after Osaka gained a 3-2 lead. As the match went on and Osaka began to separate, Williams continued to take her frustrations out on Ramos to the point where he finally issued her a game penalty for verbal abuse.

Osaka went on to win in two matches, 6-2 and 6-4, but the storylines afterward all focused on Williams’ outbursts and whether Ramos displayed sexism in his judgment toward her.

Whether Williams or Ramos was in the wrong is a topic of debate. At the end of the day, Serena was faced with adversity and let it affect her play to the point where she was dominated by Osaka. That should be the focus — that the 20-year-old Osaka, one of the hardest hitters in the game, who represents Japan but has a Haitian father and was raised in America, just earned her first Grand Slam title, and will be a name to watch in the future.