Pittsburgh preps for festivals, frights, food and more this fall 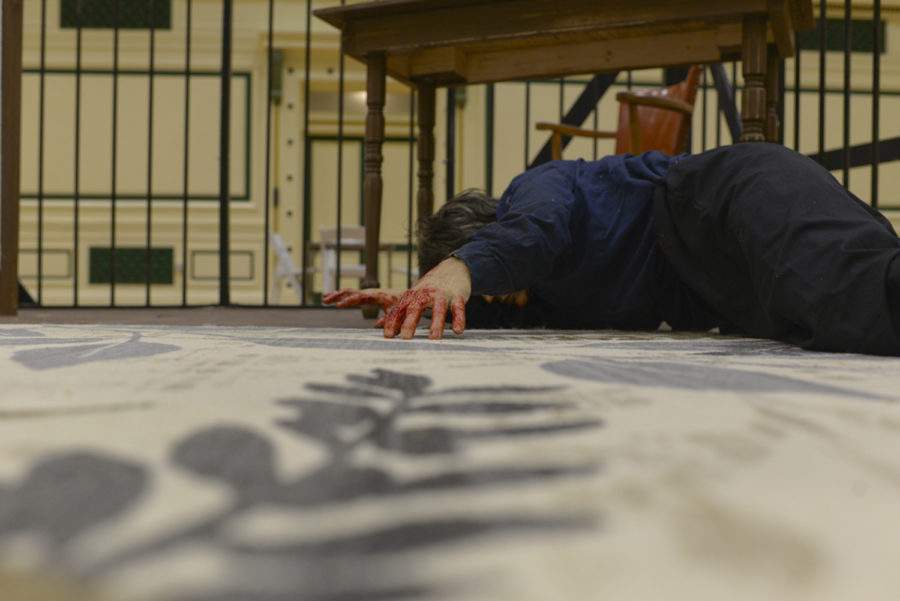 Pitt recreates the cage from “The Silence of the Lambs” in Soldiers and Sailors — the location where certain scenes in the movie were originally filmed — each year.

As the excitement of O-Week wears off, the grind of day-to-day class schedules kicks in and midterm and flu seasons approach, it can be hard for students to get out and enjoy the entertaining events taking place in the City this fall. However, from campus to Kennywood to Shadyside, there is something for students to enjoy — even if they can only make it out of bed or the library once over the next couple months.

Pittsburgh Arts and Lectures presented the popular storytelling event “The Moth” at the Byham Theater Monday night. The hall sold out quickly, but Pittsburgh Arts and Lectures is hosting plenty of other high-profile speakers and lecturers throughout the fall. One of the most notable upcoming events is a lecture by Joyce Carol Oates, writer of famous works such as the short story “Where Are You Going, Where have You Been?” and the novel “Black Water,” at the Carnegie Music Hall of Oakland on Monday at 7:30 p.m.

Other notable speakers include journalist Katherine Boo — who is known for her Pulitzer Prize-winning work for The Washington Post — will also be at the Carnegie Music Hall on Oct. 22. National Book Award finalist Jason Reynolds will speak at the Carnegie Library Lecture Hall on Oct. 28. A full list of guests for both the fall and spring can be found on the Pittsburgh Arts and Lectures Facebook page.

Frights and festivals at Kennywood Park

West Mifflin’s Kennywood Park may be known for the thrills of old-school wooden roller coasters and delectable Potato Patch fries, but this Sunday from 1 p.m. through 6 p.m., the park will host a festival honoring a food Pittsburgh holds very close to its heart — pierogies.

The schedule for the 2018 Pittsburgh Pierogi Festival does not currently include the pierogi races made famous at Pittsburgh Pirates games, but it does boast food from more than two dozen of Pittsburgh’s best restaurants and chefs. Guests can even paint a pierogi at the Paint Monkey booth after hopping off the Jack Rabbit and inhaling some delicious potato delights.

If pierogies aren’t your thing but you still want to experience the Pittsburgh classic that is Kennywood, fear not — or maybe, fear a lot because the 17th annual Phantom Fright Nights start up at Kennywood on Sept. 28. Fright Nights feature a completely Halloween-themed Kennywood with spider webs, haunted houses and caramel apples in abundance for guests. Summertime’s water rides are replaced with actors posing as zombies and ghouls with chainsaws, fog machines and strobe lights to add to the eerie atmosphere.

There’s plenty of time to experience this good spook — Fright Nights will take place at Kennywood every Friday and Saturday through Oct. 31.

It’s likely that no jump scares or freaky makeup will be present at the last two installments of Shadyside’s 2018 season of Jam on Walnut. The event takes place in the hopping center of Shadyside — Walnut Street — and features live music and plenty of beer for sale. The proceeds for the beer sales go to the event’s host — the Humane Animal Rescue.

The series of events began back in June and has been lighting up Shadyside once a month since. Guests can enjoy the September performance featuring Good Guys Acoustic Duo & Band and NO BAD JUJU Saturday at 7 p.m. If you can’t get to Walnut this weekend, there’s one more chance to experience the Jam on Oct. 20, when the event closes with The Brighton Boys and The Delaneys.

To get even more into the Halloween spirit, students can head to the South Side to experience the fall version of Pittsburgh Freaky Fair on Oct. 6. The fair, which was established in 2014, offers a spooky shopping experience for those interested in unusual art, handmade or vintage goods. Fans of horror and cult films will be excited to learn that many of the products sold at this fair will be themed with those kinds of movies in mind.

Photos from the spring Freaky Fair feature handmade, colorful jewelry, artistic prints with illustrations and quotes from films and a booth for a local Harry Potter-inspired wandmaker. The event takes place twice per year, but the fall event is always a hit as guests prepare for Halloween festivities.

It is not very uncommon for Pittsburgh to be the filming site for big-time Hollywood films. In recent years, filmings for “The Perks of Being a Wallflower,” “The Dark Knight Rises” and “Jack Reacher” have taken place in the ‘Burgh. But back in 1991, the critically acclaimed horror film “Silence of the Lambs” filmed some of its most intense scenes on Pitt’s campus at Soldiers and Sailors.

Actor Anthony Hopkins — who portrayed the gruesome antagonist of the film, the cannibalistic Dr. Hannibal Lecter — was kept in a cage during the scenes that took place in Soldiers and Sailors. On Oct. 26, a replica of the cage, constructed by Hundred Acres Manor, will be on display in the very room Hopkins acted out the intense scenes of his character’s imprisonment and escape. The ballroom of Soldiers and Sailors is recognizable as Jodie Foster interrogates Hopkins.

The exhibit is for visitors of age 21 and older, as the film contains extremely violent and graphic themes.