What are the odds: Making a comeback after losses in Ohio State vs. TCU game 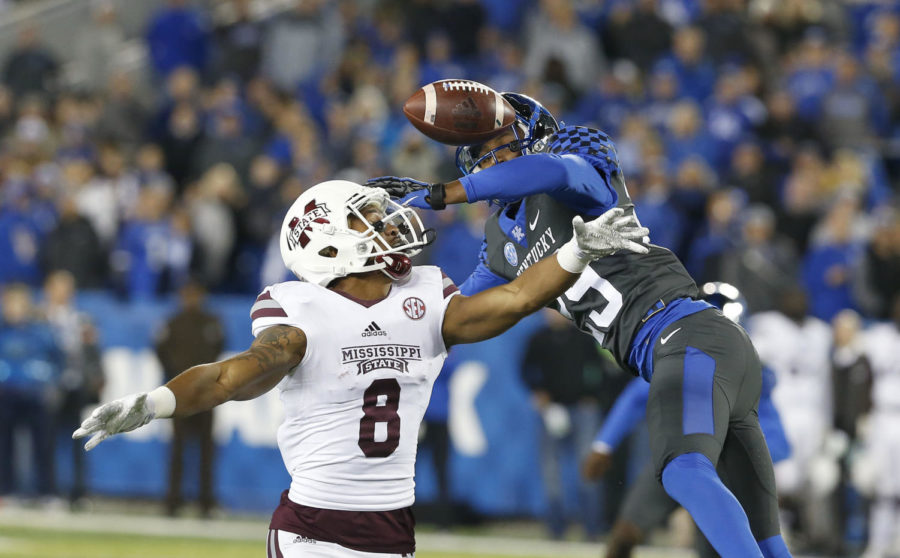 Vegas knows what it’s doing. Last week, I went 3-5 with the bets that were discussed and was pretty close to a big win, but close doesn’t cut it in this high-stakes game. The Ohio State vs. TCU game was a 13-point spread in favor of Ohio State, which ended up winning by 12 points. That hurt a lot, but I did get the over/under easily. There was a similar situation in the LSU vs. Auburn game — I correctly picked LSU to cover the 9.5-point spread, but missed on the over/under by two points.

(Never bet before? Here are two quick definitions — the spread is a figure oddsmakers set that predicts how much a team is expected to win or lose. The over/under is a prediction of the final combined score of both teams.)

This week the goal is to go at least .500 on all my picks. It’s very realistic, despite Las Vegas and the bookmakers trying to take my money. With that being said, here are your best bets for the week.

Analysis: Pitt opened ACC play with a big-time home win against Georgia Tech last week. The Panthers scored 21 points in the first half, but struggled in the second half and allowed Georgia Tech to crawl back into the game. Thanks to some strong rushing by running back Qadree Ollison, who had 91 yards and two touchdowns, the Panthers held on to win 24-19.

The North Carolina Tar Heels will start their ACC schedule this week at home, coming off a much needed bye week. The Tar Heels got demolished Sept. 8 by in-state opponent East Carolina 41-19. Their defense allowed 510 yards to East Carolina, something that just shouldn’t happen. North Carolina needs to show up this week or else it could be a very long season for them.

Bet: Take North Carolina to cover the spread and bet the under.

Analysis: The Texas A&M Aggies are primed and ready for a big time matchup with No. 1 Alabama in Tuscaloosa. A&M is off to a hot start this season under new head coach Jimbo Fisher. Fisher has brought his championship-winning mentality from Florida State to College Station, and the improvement is already obvious. Their only loss so far is to No. 2 Clemson 28-26, in a hard fought battle that ended after the Aggies failed to convert on a two-point conversion.

Alabama head coach Nick Saban isn’t worried about Texas A&M and its head coach — his former assistant Jimbo Fisher. Fisher worked under Saban at LSU in the early 2000s, and then turned down joining him in 2006 when Alabama hired Saban. There isn’t really a rivalry between these two top-notch coaches, but they do know a lot about how one another thinks. Expect Saban to be experimental and try to trick the Aggies with plays Fisher has never seen before.

Bet: Take Texas A&M to cover the huge spread, but go for the over.

Analysis: The undefeated Kentucky Wildcats. The High School Musical-esque sentence alone makes it difficult to face the fact that we are talking about football and not basketball. Kentucky beat the Gators 27-17 two weeks ago, ending a 31-game losing streak to rival Florida. Dynamic quarterback, Terry Wilson, looks like the real deal — expect him to come to play and make a definite impact against the top-25 Mississippi State.

Mississippi State hasn’t had a real test yet this season since they’ve beat up on Stephen F. Austin, Kansas State and the University of Louisiana-Lafayette. The Bulldogs defense is going to be key to victory against Kentucky this week.  They are only allowing 85 yards rushing per game, something we’ll see the Wildcats challenge after having 245 yards last week against Murray State. Star quarterback Nick Fitzgerald will look to continue lighting up the scoreboard after throwing for 397 yards and running for 266 yards in two games.

Bet: Take Kentucky to cover the spread and bet the over.

Analysis: The Oregon Ducks, that we all once loved to watch, may really be back and good at football again. The Ducks are off to a hot start after beating up on a bunch of nobodies in Bowling Green, Portland State and San Jose State. They have averaged 51.7 points per game behind potential first-round draft pick, quarterback Justin Herbert. NFL scouts will have all eyes on him to see what he can do against a top-ten team in Stanford.

Heisman favorite Bryce Love, and the rest of the Stanford Cardinals, are ready to seize the moment. Love, last year’s Heisman runner-up, is expected to be ready to go after sitting out last week with an undisclosed injury. He’ll face the Ducks’ top-ranked rush defense that have been locked down so far this year. Yet it’ll be their first real test too, so Love should use his experience and big play capability to run all over Oregon. This could be the game that Heisman voters remember when writing out their ballots in December. Love and Oregon want that to be a good thing.

Bet: Stanford will cover the spread and take the over.

All spreads and over/unders are taken from https://www.oddsshark.com/ncaaf.