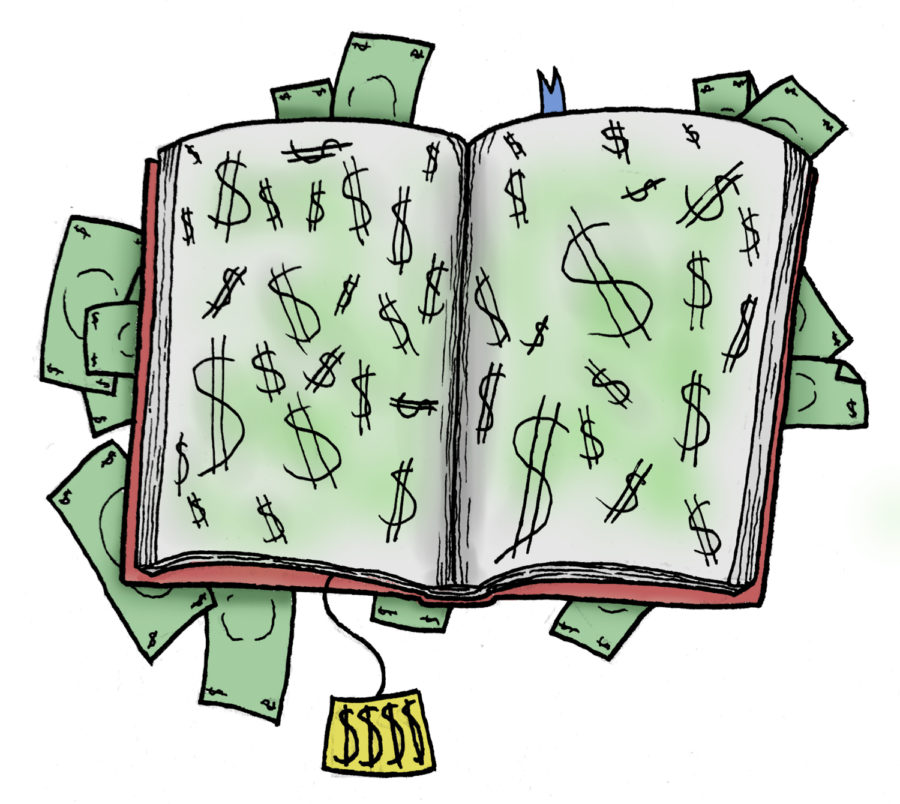 Textbook prices are a well-known and well-hated part of college life. The College Board estimates that the average college student at a public four-year university pays more than $1,200 for books and supplies per year — usually averaging at $153 per course.

Fortunately, there are “hacks” for getting a better textbook price. From getting your books from a website like Amazon instead of the campus bookstore, to buying a used version, to renting instead of buying, students have ways of getting around astronomical textbook costs.

One of the easiest ways to get a better textbook price is to order the previous edition of the book, which often contains the same information as the newest edition but in a different order, or with example problems numbered differently. Many professors know students will be on the lookout for the best deal and will help students who are using previous editions. Such professors often provide specific example numbers in their syllabi for both the newest version of the text as well as the previous edition.

But some professors require the latest edition of the text in order to be successful in a class. Doing so causes an extra financial burden on top of how expensive college materials already are, and professors should be more conscientious of the cost of their course materials.

Student Government Board approved a resolution in January calling on the University to incentivize professors to use Open Educational Resources such as online lectures, worksheets and free-to-use textbooks. SGB suggested that Pitt offer incentives such as grants to reward professors who choose to use more affordable course materials. Even though SGB made these recommendations, change is still forthcoming, and right now there are some professors who still require costly textbooks in the newest edition.

When there are certain classes where the subject matter changes so rapidly that a current version of a textbook seems to be the best option, perhaps such material is better taught through more responsive media, like lecture slides, PDFs or online readings.

According to one 2004 study, over 70 percent of textbook publishers were publishing new versions of their books every three or four years. More than 40 percent of faculty surveyed at the University of California said requiring new textbooks is rarely justifiable. This is likely due to the lack of different information, not to mention that new editions of a text can increase a book’s price. A new textbook, like a latest edition, is on average 58 percent more expensive than a used book or older edition.

Textbook publishers certainly aren’t hurting for profit. One company, Pearson Education, not only publishes books, but also offers testing services. Pearson completed a five-year, $32 million dollar contract with the state of New York to administer standardized testing from 2010 to 2015.

Henry Farrell, associate professor of political science and international affairs at George Washington University, wrote that college textbooks are a racket, or an organized criminal act, in a 2015 column for the Washington Post.

According to Farrell, textbook publishers spend a considerable amount of their money and time crafting sales pitches for professors, attempting to get them to teach from their books. Once they do, companies have a higher incentive to keep publishing new editions, because a professor who uses one textbook is unlikely to start using another.

“A professor who has designed their whole curriculum around one particular book doesn’t want to change books because the newest edition of the text has become cost prohibitive to students,” he wrote.
Certain fields of study really do change often enough to warrant new textbook information. Genetics is a fast-changing field that constantly has new information to present to students. It took the 13 years between 1990 and 2003 and $1 billion to sequence the entire human genome, a process that today sometimes takes fewer than 24 hours. Having the latest information is absolutely essential to learning and understanding genetics.

The same can apply to other fields, such as medicine, political science and law. Training informed students, who one day will be informed professionals, is necessary to each of these practices.

It might seem reasonable that the newest edition of a textbook for one of these subjects is essential, but often the changes made in the field outpace the rate at which publishers can make a new textbook, and teaching outdated material, even from the most current textbook, is a disservice to students.

There are many ways professors can get around using the latest edition of a textbook for a source of information for their students. Professors can take a proactive approach by eliminating textbooks altogether and relying more heavily on PDFs and online readings. Academic literature is updated and released more quickly than most textbooks can be updated, and with university credentials, a professor can distribute papers to classes to read the latest discoveries in a field. Readings from the authors of the textbooks can often replace the textbooks themselves.

Even still, professors have options if they do not want to assign additional readings. Designing a course to focus more heavily on lectures would help ease the amount of readings that need to be done. Some professors may worry about students who may miss class due to illness or emergencies, but can record their lectures for those students. Pitt even has recording software for professors to record their lectures and upload to CourseWeb.

Being a college student is expensive enough. With average costs of books per academic year already soaring past the $1,000 mark, it only makes sense for professors to do everything they can to supplement information instead of mandating pricier new editions.