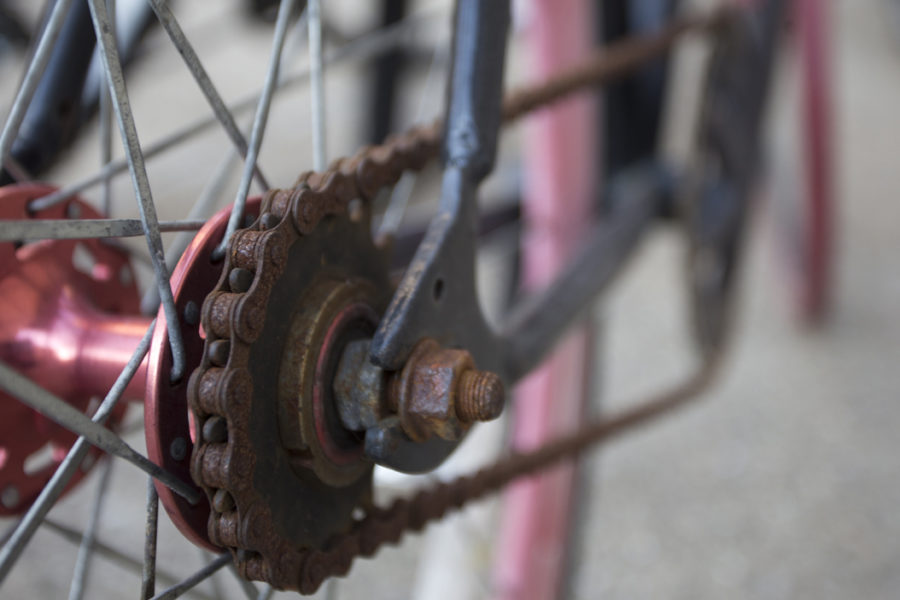 Iron City Bikes will close their Oakland location after their last business day on Sept. 29. The Lawrenceville location will remain open.

Nestled on the corner of South Bouquet St. and Joncaire St., Iron City Bikes has been a veteran establishment of the Oakland community since 2005. But after nearly 13 years serving Pitt students and bike enthusiasts, the store is closing the doors of their Oakland location.

The store will close its doors to the Oakland community for good at 5 p.m. on Sept. 29. Owner Robert McKinney attributed the Iron City Bikes’ closing to an array of problems — but the most significant problem is the increasing popularity of online shopping.

“The reality is … everybody buys everything on their phone,” McKinney said. “People will literally walk in, phone in hand, look at what you have and then buy it for $3 less on Amazon and don’t even realize that we need to make money to provide a service to stay open … I had to cut my inventory down and cut my overhead in half.”

Iron City Bikes has a second location in Lawrenceville on Butler St. that opened in 2013. McKinney said while their Lawrenceville location provides better business opportunities, closing the Oakland location is disappointing because of the fond memories he has in the shop.

“I’m banking more on Lawrenceville than here. The demographic, there’s a little more money, and a nicer store, the building’s in way better condition,” McKinney said. “It’s a bummer, because I love this shop and I spent a lot of time here.”

Alex Shewczyk, BikePGH’s marketing and communications director, said the Oakland community still has good availability to various different bike shops in surrounding neighborhoods. She cited PRO BIKE+RUN in Squirrel Hill or Kindred Cycles in the Strip District as substitute options for residents looking for another shop in the area.

Though there are shops nearby, they aren’t always easy to get to — and Shewczyk said the store closing represents a broader issue of supporting local shops. Local shops provide a service that shopping online can’t provide — hands-on learning experience.

“This shows that the community needs even stronger supporting of their local bike shops to make sure that they keep on running and are still available for years to come,” Shewczyk said. “If you can afford to support your local bike shop and pay those extra couple dollars to make sure that they keep on running, it’s that relationship with your mechanic and those workers, that establishment, that can really boost your cycling education in general … it’s those relationships that make it worth it.”

According to Jesse Carpenter, junior computer engineering student and President of Pitt Cycling, interacting with mechanics at Iron City Bikes was a way to introduce beginners into the world of cycling. He said other shops in the Pittsburgh area can seem exclusive, which might discourage novices from going into them — but Iron City Bikes was helpful regardless of skill level.

“Iron City Bikes has offered a welcoming atmosphere into the cycling community. Every time I’ve gone in there, they’ve been very friendly,” Carpenter said. “They don’t make people who don’t necessarily know a lot about bikes feel uncomfortable. So I think it’s a good way to get people who aren’t familiar with bikes into that realm … and not feel like they have to have a lot of money or a lot of experience.”

Though McKinney is sad to see the shop go, he said he’s enjoyed his time in Oakland.

“I’m obviously appreciative of the years we had here, it was a lot of fun when it was fun,” McKinney said.