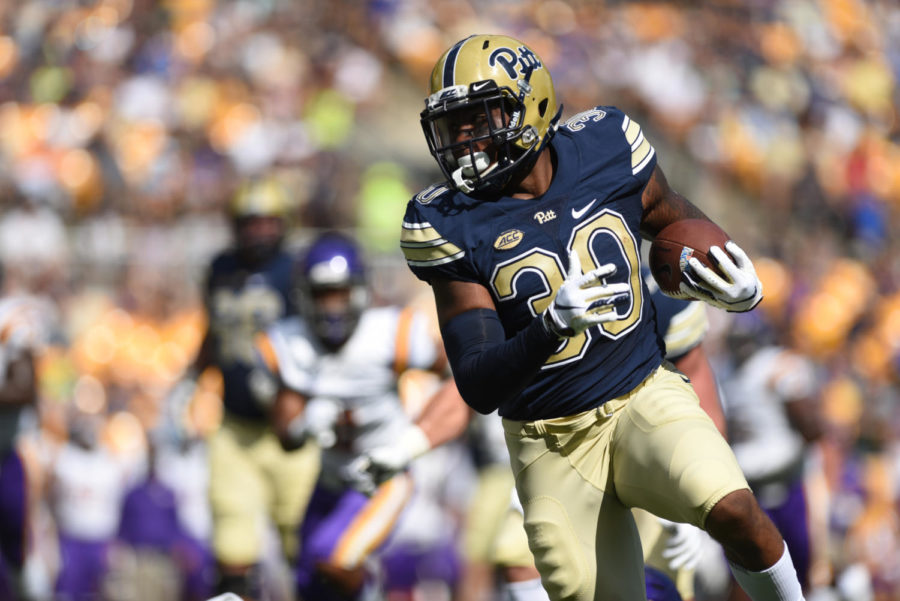 After getting blown-out at home by in-state rival Penn State and losing to the lowly North Carolina Tar Heels last week, it seemed the Pitt football team could stoop no lower. But the Panthers produced their worst game of the season Saturday against the University of Central Florida, allowing a season-high 568 yards and gaining a season-low 272 yards.

It was another ugly showing from Pitt at a time when many people expected the team to rebound. All things considered, here’s where the Panthers (2-3 overall, 1-1 ACC) stand after Saturday’s poor performance.

Pitt has no identity

To be a successful football team, you must have an identity. National powerhouses Alabama and Clemson pride themselves on stout defense, while other power teams like Oklahoma and West Virginia put up gaudy offensive numbers year in and year out.

Not since 2016 — when Pitt’s dynamic offense averaged an incredible 42 points per game under former offensive coordinator Matt Canada — have the Panthers been elite on either side of the ball. Through five games this season, Pitt has been a below-average team both offensively and defensively. The Panthers’ offense ranks 109th out of 130 college football teams with 327.2 yards per game, while their defense sits at 101st, allowing 457.5 yards per game.

But there’s no excuse for the Panthers’ inexplicable ineptitude so far, especially when the team came into the season with high expectations. Right now Ollison is the only bright spot on this Pitt team, as he ranks fifth in the ACC with 404 rushing yards. The team will have to commit to feeding Ollison the ball if they want to form any semblance of an identity moving forward.

Narduzzi’s time is winding down

After Saturday’s loss, Pitt head coach Pat Narduzzi’s overall record now stands at 23-20. For a program that tends to hover right around .500, that might not seem like such a terrible mark. But talk to almost any Pitt fan and you’ll hear a sentiment that has become resounding in recent weeks — Narduzzi is wearing out his welcome.

For starters, there’s the argument that Narduzzi has not lived up to the hype as a defense-oriented coach. He was brought in as a defensive coordinator from Michigan State, who typically produced quality defensive teams in the low-scoring Big Ten conference. But in his four seasons at Pitt, the defense has regressed, with their best season coming in his first year.

There’s also the argument that Narduzzi’s best seasons came early on, with most of the players and coaches from the previous regime. The Panthers were far more competitive early in Narduzzi’s tenure, with their first 10 losses coming by a combined 74 points. Narduzzi’s last 10 losses, on the other hand, have come by a combined 184 points.

This is Narduzzi’s fourth season, the season where a coach’s handprint truly shows with his own players and coaching staff. If that’s the case, Narduzzi certainly isn’t making a good impression. He was given a contract extension in the offseason, but a poor finish this year — along with mounting disapproval from fans and local media — may put pressure on athletic director Heather Lyke to begin thinking about a coaching change.

Another lost chance for an upset

Despite the odds facing against the Panthers, some had them pegged to pull off the upset against UCF. After all, big upsets have become a Pitt staple under Narduzzi, with the Panthers knocking off undefeated Clemson in 2016 and undefeated Miami in 2017. And there were some precedents for potential success, like the fact that Pitt was 5-1 when playing road games in the state of Florida since 2008.

Pitt made it clear very early on that it was not the day for an upset, going down 14-0 at the end of the first quarter and dropping even further to 31-7 at halftime.

This was the second time this season when the Panthers had a great chance to topple a top program, only to lose in blowout fashion. Pitt lost a sold-out home game to No. 13 Penn State earlier this year, and the deficit for that 51-6 defeat was even greater than Saturday’s.

For a team that prides itself on pulling off upsets, this has been an especially embarrassing season for Pitt. Neither game was even the slightest bit competitive after halftime, creating a frustrating experience for fans who want to see a game go down to the wire. The Panthers have two elite teams left on the schedule — Notre Dame and Miami. They’ll need to find a way to win one of those games if they wish to keep the underdog magic alive and resurrect an otherwise subpar season.