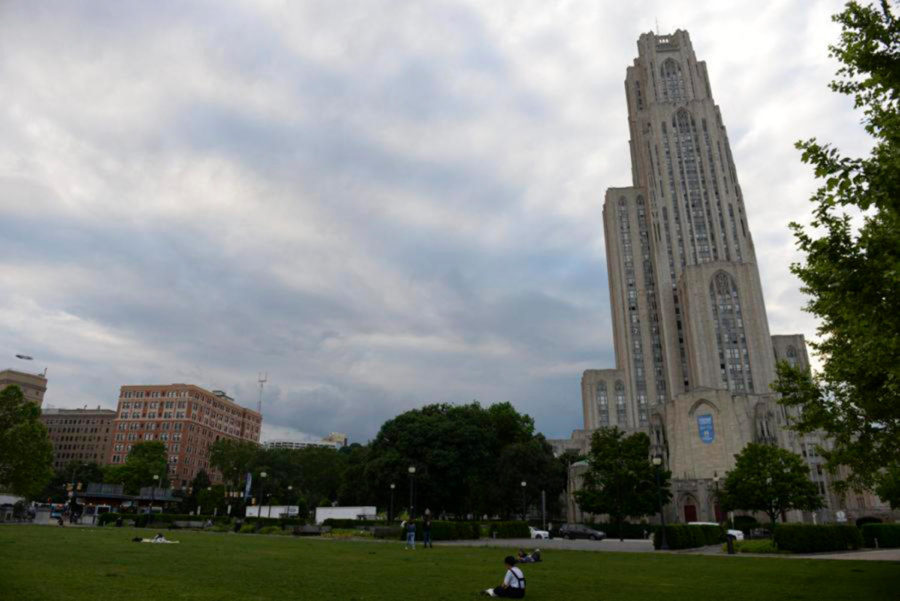 The 2018-19 academic year is the first time in 43 years that tuition didn’t rise for all Pitt students — and while there’s little Pitt can do to procure more funding from the Commonwealth of Pennsylvania, the University wants to help students deal with their debt.

“We think we’re innovating something that’s quite new,” Chancellor Patrick Gallagher said in an interview with The Pitt News Monday afternoon. “This idea of paying it forward and kind of replacing the commercial loan space with an evergreening fund that we all support ourselves is [new].”

Panthers Forward offers eligible students a grant of up to $5,000 toward their federal student loans, which Pitt will disburse directly to the federal government. It also connects participants with a network of alumni ambassadors. Grant recipients become lifetime members of the program and sign the Panthers Forward pledge, a noncontractual agreement to contribute money and time to the program to help fund future grants and mentor future participants.

In its first year, the program is open to 150 full-time students graduating in the spring of 2019 who have a federal subsidized or unsubsidized student loans, are in good academic standing and are “active and engaged members of the Pitt community.”

“You don’t have to be a straight-A student,” Bethany Miga, executive communications manager for the chancellor, said. “[We] want you to be engaged in your community.”

For Panthers Forward, Gallagher hopes engagement will pay off in two ways — engaged students are more likely to honor their noncontractual agreement to make recurring donations to the program after graduation and they are more likely to become active alumni ambassadors for future participants. Engagement, Miga said, is broadly defined, including everything from student leadership roles to athletics to part- or full-time work during school.

Yale University instituted an income share agreement in the 1970s called the Tuition Postponement Option, in which participants agreed to pay four percent of their annual income for every $1,000 borrowed until all of their fellow participants’ debts were repaid. But after a 1999 bailout and numerous threats of lawsuit, participants eventually paid their full debts by 2001 — 23 years after Yale officially discontinued the program.

Panthers Forward differs from income sharing agreements in that participants are not contractually bound to financially contribute to the program after graduation.

“The program works by not just [sic] providing the funding,” Gallagher said. “You’re replacing a legal obligation … with almost a moral commitment.”

In the future, Gallagher said he hopes the fund will evergreen, meaning its alumni contributions will equal or outgrow its total grants distributed. But in its first year, the program is funded from the University budget at a total cost of roughly $750,000 — an amount which dictated the program’s size and scope.

“The amount is set by how much money I was able to free up from the University right now,” he said, noting that Panthers Forward doesn’t take money from other University programs. “I’ve actually been noodling with this [idea] for about three years.”

Gallagher said the process was difficult and stumped every committee the University made to try to implement his vision. Pitt needed a new approach, so it contracted three recent graduates who founded Altian Education — Pat O’Donnell (’14), Joseph Kannarkat (’18) and Rohit Anand (’17).

“Altian started as a partnership with the University to innovate in the education finance space,” O’Donnell said. “What this looks like will be influenced by what people think about the program.”

Altian conducted multiple focus groups with current students, alumni and faculty to determine how to shape the program in its first year.

“When we did focus groups, [students] saw the professional and networking aspect of this to be just as valuable, or more valuable, than the financial component,” O’Donnell said.

The program’s limitations are clear in its first year — students are only eligible for one grant and the program is only open to 150 full-time students. But Gallagher sees Panthers Forward as a model for the future of higher education financing, and hopes it will grow.

“The intent, ultimately, is that it covers everybody. Part of this was how much funding we had available and we had to set some limits,” he said. “[But] the big unknown is … can we generate a very high participation rate? That’s the only thing that makes this work.”