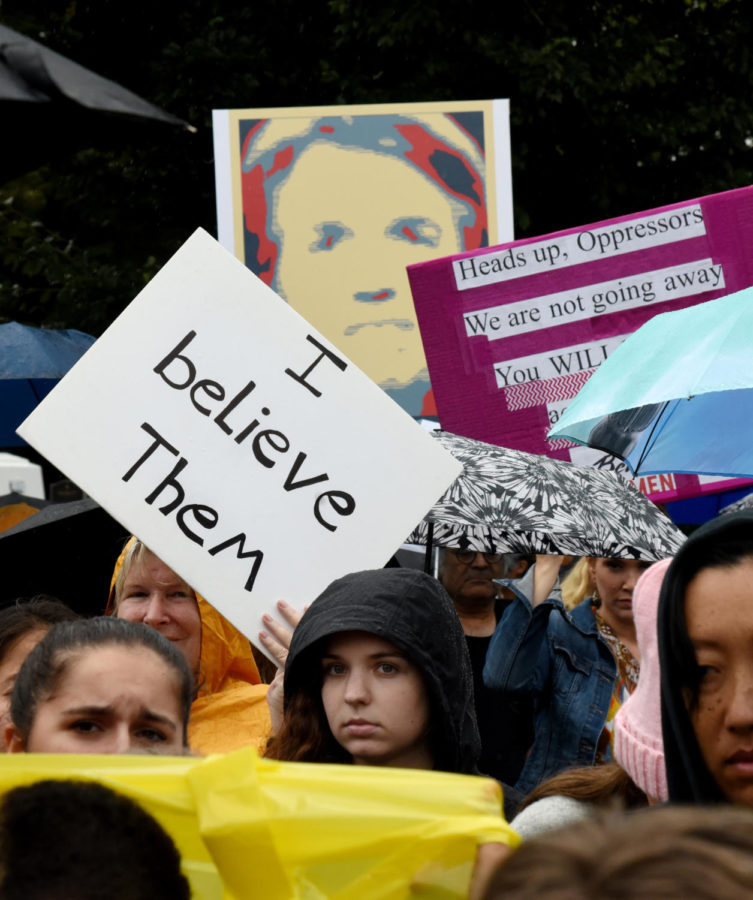 Christine Blasey Ford testified last week before the Senate Judiciary Committee that Kavanaugh sexually assaulted her at a pool party when they were in high school. Kavanaugh denied the claims in follow-up testimony of his own.

Trump lashed out at Ford on Tuesday at the rally in Southaven, Miss., where he told supporters the #MeToo era was a troubling one for young men, saying one false allegation can ruin a man’s life.

He mocked and impersonated Ford for not remembering some details of the attack that allegedly took place 36 years ago.

Flake denounced the president’s performance at the rally, which was ostensibly held to urge supporters to get out and vote for recently appointed GOP Sen. Cindy Hyde-Smith, who traveled with the president aboard Air Force One.

“There’s no time and no place for remarks like that,” Flake said on the “Today” show on Wednesday. “To discuss something this sensitive at a political rally is just not right. It’s just not right. I wish he hadn’t have done it. … It’s kind of appalling.”

At the rally, Trump also lashed out at Democratic Sens. Richard Blumenthal of Connecticut, Cory Booker of New Jersey and Judiciary ranking member Dianne Feinstein of California over their roles in the messy confirmation process.

Flake reached an 11th-hour compromise with Democrats on Friday to delay the final confirmation vote on Kavanaugh until the FBI could complete a seven-day supplementary background investigation.
The White House has tried to narrowly define the parameters of that probe for investigators.