Prediction: Orange to squeeze out victory over Panthers 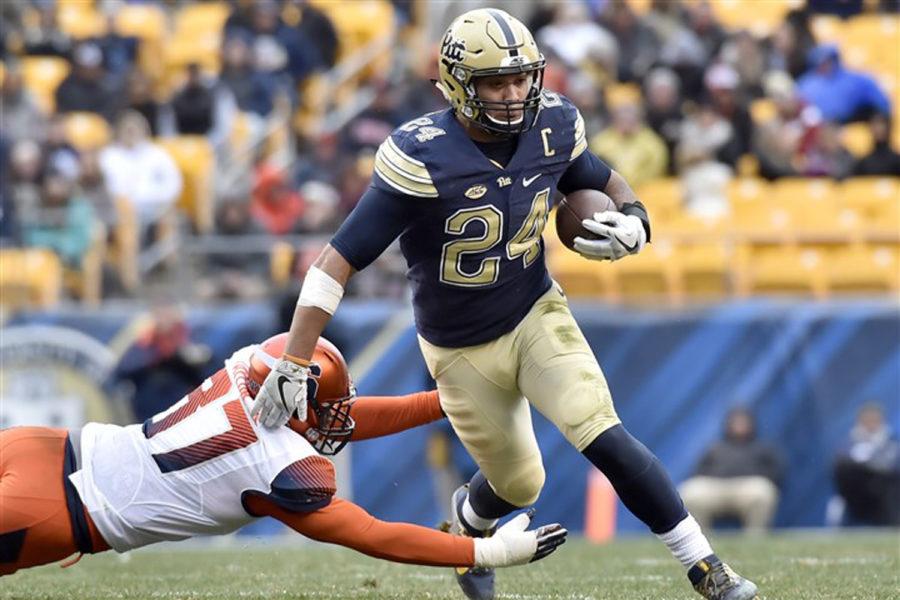 Pitt (2-3, 1-1 ACC) will meet the Syracuse Orange (4-1, 1-1 ACC) at Heinz Field Saturday for this year’s homecoming football game. Syracuse looks to bounce back from a narrow loss against No. 4 Clemson, while the Panthers are reeling from a blowout loss to No. 12 UCF. The Orange emerged victorious in last year’s matchup, edging Pitt 27-24, but haven’t been victorious at Heinz Field since 2001.

Dino Babers’ Syracuse team presents an opportunity for head coach Pat Narduzzi to get this season back on track. Although a 2-3 record at this point in the season isn’t too shocking, it’s the way the Panthers have lost that’s been unsettling. Pitt has been routed by two top-15 teams and fell to UNC yet again, but a large homecoming crowd and a fairly even matchup give Narduzzi a chance to prove why his job should be safe.

The Panthers failed to muster any true success last week against UCF’s defense. While offensive coordinator Shawn Watson’s unit has sputtered in the second half this entire season, it was incapable from start to finish last week. Of Pitt’s two scores, one was a punt return by senior Rafael Araujo-Lopes. The other was a long receiving score by junior Maurice Ffrench late in the fourth quarter with the game already out of hand.

Six of Pitt’s nine offensive possessions ended in punts, and they failed to pick up a first down on three of those. Sophomore quarterback Kenny Pickett threw an interception just outside the red zone in the second quarter, costing the Panthers a chance to tie the game or kick a field goal. In the third quarter Pickett was sacked on a fourth down attempt. Only Pitt’s final, meaningless possession yielded a touchdown.

The offense simply has to be better. The Panther defense is giving up too many points, and the offense isn’t responding at all. Pitt’s rushing attack, the most successful aspect to the offense, is severely limited in the latter half of the game because the Panthers have been playing catch up.

It’s becoming more and more evident that Watson needs to make a change in his offensive style. A move-the-chains approach isn’t producing, and that won’t change against a Syracuse defense that kept one of the top teams in the country in check.

Watson needs to add some creativity to his playbook, and also let Pickett start airing the ball out. The Panthers have big play potential in Ffrench, Araujo-Lopes and sophomore Taysir Mack. If the offense wants to have any hope of keeping up with opponents, they need to start taking shots. This will make defenses respect and fear them, and in turn open up the ground game even more for the senior running back tandem of Qadree Ollison and Darrin Hall.

The Orange has allowed at least 170 yards rushing in three of their five games, including 293 to Clemson last week. Clemson sophomore running back Travis Etienne topped 200 yards last week while scoring three times, so Ollison and Hall should rebound from a quiet Week 5. The last game marked the first time since Week 1 that neither back reached the end zone.

Pickett, however, may be in for a tough day against the Syracuse pass defense. The Orange has only allowed one passer to reach 200 yards, and has intercepted a pass in every game thus far. First-year safety Andre Cisco has four himself this season and is a player to watch this weekend.

The Orange is also up to an impressive 17 sacks this season, so Pickett will have to be careful where he throws it while simultaneously avoiding pressure. Junior defensive ends Alton Robinson and Kendall Coleman are up to four and six sacks this season, respectively, and make for a fearsome combination on the edge. Pitt senior captain Alex Bookser and his offensive line will have their work cut out for them.

Defensive coordinator Randy Bates’s defense was once again uninspiring against the Knights offense. Most expected UCF to score a lot, but, again, it was the missed assignments and broken plays that disappointed. They routinely bit on pump fakes from junior quarterback McKenzie Milton, and let junior running back Adrian Killins Jr. carve them up for two long receiving touchdowns.

The recurring theme is that Pitt’s defense isn’t necessarily terrible — they’re just entirely undisciplined. The simplest pump fake or run fake throws the whole unit off, and every player seems to forget that running backs can also go out for passes. The past two opponents haven’t really made any highlight reel plays — the Panthers simply don’t know their assignments or blow their coverages much of the time. It’s hard to say if this is the coaching or players, but either way, the mistakes have been extremely costly.

The Syracuse offense essentially revolves around one man — senior dual-threat quarterback Eric Dungey. He was the main source of offense in the game last year, contributing 365 yards, two passing touchdowns and one on the ground. Dungey has already thrown for 1,013 yards and nine touchdowns this season, while adding 365 yards and six touchdowns rushing.

If Pitt’s defense lets Dungey have his way like Milton last week or UNC junior quarterback Nathan Elliott the week before, then Panther fans in attendance for homecoming festivities will leave disappointed. Pitt will need to dial up a few crucial defensive stops if they want to stand a chance.

Coach Narduzzi’s Panthers have given reasons to doubt this team these past two weeks. After an OK showing against UNC, the offensive production fell off a cliff against UCF. Ollison and Hall had a slow Week 5 and should bounce back, but Pickett hasn’t truly done anything special yet this year, and Syracuse has playmakers all over the field on defense. As for the Panther defense, there isn’t much to say. Pitt hasn’t indicated they can stop anyone, and its play seems to be going in the wrong direction as the season progresses. Although home field advantage and the homecoming atmosphere should play to Pitt’s advantage this Saturday, the Panthers will come up just short against this shockingly stout Syracuse football team.