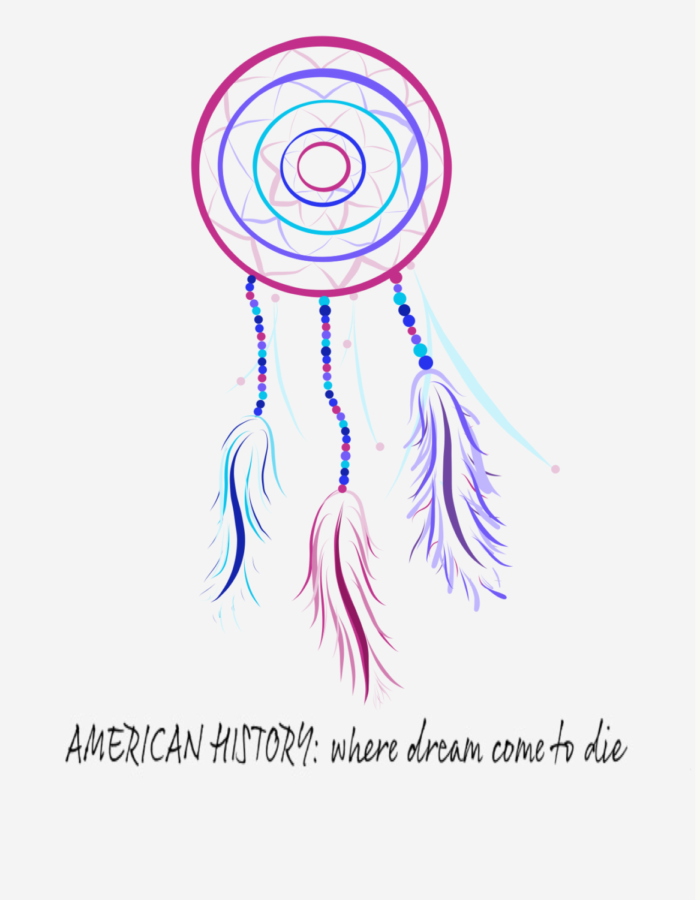 By Kelly Loftus, For The Pitt News

Today, shops, schools and offices across the country will close to commemorate the man who initiated history’s longest genocidal campaign — the Western colonization, slaughter and forced assimilation of Indigenous populations.

Despite many cities and states recognizing this horror in recent years and nixing Columbus Day, some places still celebrate it — Cleveland is throwing its 66th Columbus Day Parade today. But at this point, there’s no excuse for anyone to maintain such festivities — it’s common knowledge that Christopher Columbus was a violent racist.

The extent of both his racism and violence is still widely unrecognized by the American school system. Students are only allowed to see the final product of revisionist history, made unrealistically beautiful thanks to some tactical airbrushing and heavy editing. It is as rich with negationism as it is with the righteous tales of grandiose white men.

While recent nationwide acknowledgment of Columbus’ atrocities indicates that there is hope for America yet, it’s hardly enough to create substantial change. And we need substantial change to the standard history curriculum, change that addresses the negative actions of important historical figures.

The Columbus narrative is just one of many selective historical accounts perpetuated in America. Textbooks gloss over the fact that many of the founding fathers owned slaves. The Trail of Tears is reduced to mere paragraphs, its perpetrator, President Andrew Jackson, given a metaphorical slap on the wrist rather than being charged with mass murder. And like Columbus, Jackson’s prejudice-fueled brutality is honored and currently immortalized in the form of the $20 bill.

This one-sided history isn’t limited to historical figures, either. While high school history textbooks devote multiple chapters to the Revolutionary War, the Civil War and the World Wars, they do not treat other less successful wars and foreign interventions with the same depth. For instance, texts entirely overlook the atrocities that the American military inflicted upon the Vietnamese during the Vietnam War.

On their part, colleges and universities work to diversify students’ thinking with courses focusing on lesser-known aspects of history and the histories of other countries entirely, especially non-Western ones. In the Dietrich School of Arts & Sciences, students must satisfy international culture and non-Western requirements as part of the core curriculum. Courses include studies of African, Latin American, Middle Eastern, Slavic and Asian culture, language and politics with professors who specialize in each region.

Unfortunately for many students, the first time they may encounter another view of the world different from traditional American teaching happens when they enter higher education — if they choose to attend. Colleges and universities are simply able to offer a wider variety of classes than primary and secondary schools.

But all levels of education are capable of broadening the scope of the historical perspective introduced to students. There is room to elaborate on the more shameful parts of the country’s past that are hardly mentioned.

This minimized history doesn’t just cause ignorance — it perpetuates a false sense of superiority for privileged groups. Given the often discriminatory way in which American history is presented, nationalist fanatics are even more likely to become racially charged and unconsciously manipulated by systematic racism interwoven in textbooks and politics.

Pride in one’s country is not inherently bad. There are certainly many elements of the American story that are admirable, and the fundamental ideals on which the country was built inspire a patriotism deep in the bones of many Americans. And though these ideals originally had many limitations, they constantly evolve with changing popular beliefs to be more inclusive. But we can understand the realities of the past without compromising this pride. Doing so is imperative to both the present and future.

Many panic at the idea of revising history. In an article from 2017, Ken Blackwell, former Cincinnati mayor and United Nations ambassador, argues, “[Many historical figures] fare poorly when subjected to modern scrutiny … If the Left has its way, few Americans of note would survive the resulting historical jihad.” But we shouldn’t get our star-spangled briefs in a twist. Columbus et al. would still be in the books, along with all of their wrongdoings.

Steps toward accepting America’s truth have been made, at least unofficially. Some cities, like Seattle, have embraced Indigenous Peoples’ Day as a replacement for Columbus Day in an attempt to redirect a day of national remembrance to a more deserving recipient. And then-Treasury Secretary Jacob J. Lew announced the intention to replace Andrew Jackson with Harriet Tubman on the $20 bill in 2016. Since then, the Trump administration has delayed the release of the bill, which was originally scheduled to be issued in 2020. Now the Treasury Department estimates that it will be available in 2026.

The slow but steady transition toward a more comprehensive understanding of American history is an encouraging indication that traditionalist American society can change and grow despite centuries of white-washing and unacknowledged oppression. Redefining the way that the country looks at history doesn’t mean forgetting — it means remembering more.

The story didn’t end when Columbus sailed the ocean blue in 1492. It’s time for America to own up to its past so it make amends and look toward its future.