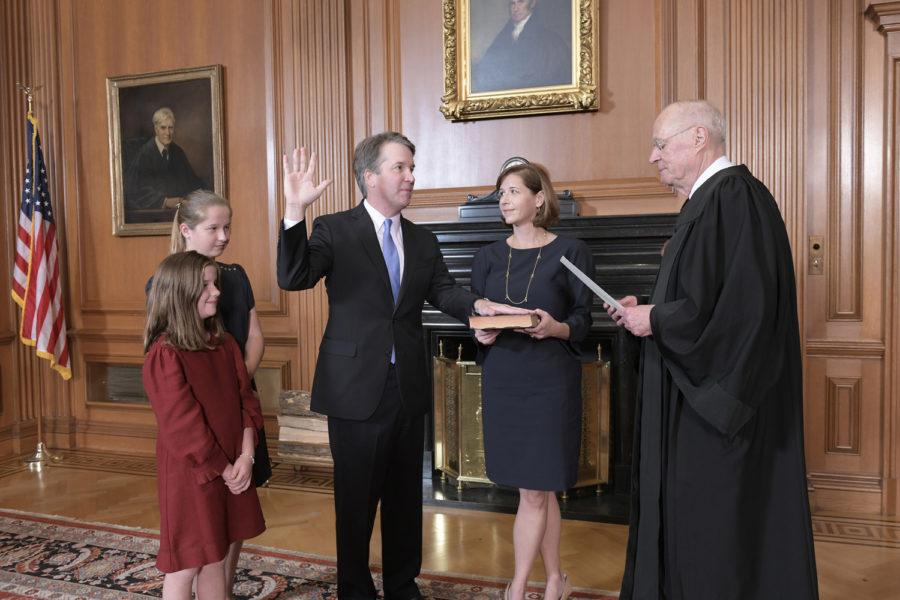 Justice Kavanaugh was confirmed to the Supreme Court on Saturday. And citizens, angered by the rapid Senate confirmation hearings, have rightfully met his confirmation with protest.

Republican senators may as well have entirely ignored the several accusations of sexual assault against Kavanaugh. They limited the investigations of the allegations in both time and scope — the Senate gave the FBI a week and prevented them from interviewing one of the accusers.

Kavanaugh’s confirmation adds to a growing pile of evidence that the federal government does not serve the people it is supposed to represent. Republican senators took Americans hostage, silencing the voices of millions of citizens who expressed their concern.

If past Supreme Court confirmations serve as any precedent, the Supreme Court should be an institution that unanimously represents the people, regardless of party. The Senate frequently confirmed Supreme Court nominees prior to former-President George W. Bush’s almost unanimously, and outliers tended to hold more extreme than moderate views.

Senate hearings are supposed to be nonpartisan too. And to a large extent, they have been. Kavanaugh’s hearing was the first time that partisanship was on full display — Kavanaugh himself said that the allegations were a result of “pent-up anger about President Trump.”

Much has changed recently. After Mitch McConnell and other Republican senators refused to consider Merrick Garland’s nomination to the Supreme Court during the Obama administration, the process has become markedly more partisan. Associate Justice Gorsuch’s confirmation results split roughly down party lines, with only some Democrats in red states defecting from the party’s position.

And Kavanaugh’s appointment has been the most contentious of all. The Senate confirmed Kavanaugh by a two-vote margin, the smallest margin since 1881, when Stanley Matthews, a former classmate of President Rutherford Hayes, was confirmed by a single vote.

Kavanaugh’s confirmation is also a perfect example of the inequality between what the majority of the population believes and what decisions our representatives are making on our behalf. U.S. citizens had been torn on Kavanaugh’s appointment to the Supreme Court since his nomination in July. Real Clear Politics surveyed public opinion of Kavanaugh, and respondents opposed his confirmation in late September by 12 points.

And according to an article published by The Washington Post on Saturday, Kavanaugh will be the first justice in the history of the United States to be confirmed by senators representing the minority of the country. He was selected by a president who lost the popular vote in the 2016 election, and confirmed by a majority in the Senate that doesn’t represent the majority of the country.

Current members of the Supreme Court will influence the laws of our country for at least the next generation — this is an important decision that should represent the beliefs of all Americans. When we vote for the president and senators, we expect their decisions on lifetime appointments to represent the good of all people.

Republican senators did not do their due diligence when confirming Kavanaugh. Their spectacle was a partisan front that put party before the people they are supposed to represent.