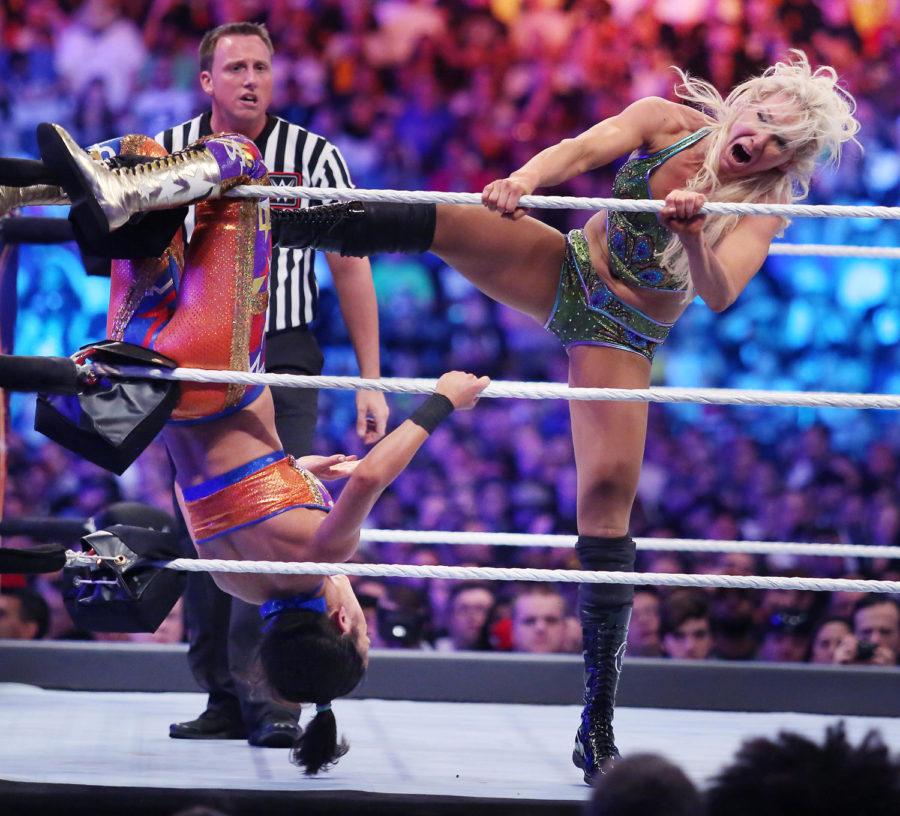 At WWE’s Super Show-Down event Saturday at Melbourne Cricket Ground in Melbourne, Australia, Charlotte Flair beat WWE Smackdown Women’s Champion Becky Lynch in a singles match via disqualification. Since the win was not obtained by pinfall or submission, Lynch retained the title and walked out of Australia still the champ.

This feud has been hot since it started, with Lynch being the crowd-favorite underdog and Flair being one of the best pure athletes in all of WWE today — yes, that includes the men’s division too. But the way this feud has been built doesn’t make sense to the multi-talented women involved in it.

Lynch won the Smackdown Women’s title from real-life best friend Flair at the Hell in a Cell pay-per-view in September to the delight of the fans, as she only had one previous — and unsatisfying — title run back in September 2016. She lost that title in December to Alexa Bliss and then went on a long losing streak while continuing to be a fan-favorite.

Leading up to SSD, Lynch went on a long-awaited winning streak, which concerned fans, since that is usually a consolation prize for superstars who weren’t cut out to hold titles in the eyes of CEO Vince McMahon. While this actually led to success for Lynch, as she beat the female face of the company in Flair for her prize, it came at the expense of an apparent heel turn.

Based on personas alone, Lynch is meant to be a pure babyface and Flair needs to be a heel. Flair’s arrogant tendencies and wrestling style, along with her ties to (in)famous father Ric Flair — coined “The Dirtiest Player in the Game” — simply leads to fans’ pleasure in booing her week after week. Sure, her high-flying moves are cool and warrant cheers, but that doesn’t mean that she should be a crowd-pleasing diva.

Lynch, on the other hand, always seems to be the underdog. It’s super exciting every time she gets a win because fans normally don’t know when her next one will be, and her victories lead to huge cheers from the crowd no matter what city she’s in.

But let’s face it, the Becky Lynch and Charlotte Flair feud will never be a typical heel versus face situation. Unfortunately.

This could, realistically, be a cookie-cutter skirmish — Flair and Lynch put on wrestling clinics with their technical abilities and in-ring chemistry. But McMahon’s infatuation with making Flair his poster girl face for the women’s division — which surely has nothing to do with her long blonde locks, piercing eyes and beautiful fake boobs — means that Lynch has to be the “bad guy” in this situation.

She even went so far as to cut a promo asking fans if they had really been behind her the whole time. The truth was that they were, and fans took to Twitter to express their love for the Irish Lass Kicker. Lynch then acknowledged that she knew that she was better than all the other women in the locker room, which prompted Flair to come out, crying to Lynch that she ruined the friendship over a simple title belt. Lynch beat Flair down, which the crowd loved.

Wait no, that won’t work. WWE went so far as to go back on its own beliefs, presenting both ladies as having valid points and trying to erase Lynch’s heel status. Fumbling for excuses for her heel-ish tendencies, Lynch explained on TV why she decided to attack her friend Flair prior to SSD.

But in true WWE fashion, the company had to go against that decision once again at the most recent pay-per-view. Seriously, this feud is flip-flopping these women’s heel-face dynamics more than the Big Show did up through 2015.

At SSD, WWE painted Flair as the true underdog face that’s climbing a mountain to achieve victory — which couldn’t be farther from the truth, as she had been Smackdown Women’s Champion for a record combined 175 days during her two reigns — and Lynch as the despicable crowd-defacing heel.

The match seemed evenly battled throughout, with both women hitting big risky moves and getting near pinfalls. Eventually, though, Lynch had had enough, grabbed her title belt and tried to leave the match. Flair brought Lynch back into the ring, putting her into her signature figure-eight leg lock, all but securing her victory.

But of course, Lynch had to be a heel and whack Flair in the midsection with her title belt, disqualifying herself immediately per the match’s rules. By default, that led to Flair winning the match, but since titles can’t change hands on a disqualification, Lynch retained the belt.

The end of the match saw Lynch hitting Flair with her finishing move, the Bex-ploder, a type of suplex, outside the ring with the champ standing tall to crowd cheers. After SSD, WWE announced that Lynch and Flair would face off again for the Smackdown Women’s title this week on Tuesday night Smackdown, with the stipulation that if Lynch gets disqualified, Flair will win the title.

Surely this feud must be going on as WWE is leading up to its inaugural women-only pay-per-view called Evolution on Oct. 28. We will see in three weeks if one of these women is still standing over the other at that time, or if the two can reconcile their differences for the heavily predicted Four Horsewomen — of WWE and MMA — feud.

WWE Evolution airs Sunday, Oct. 28, at 7 p.m. from the Nassau Coliseum in Uniondale, New York, and will feature current and past female WWE superstars.