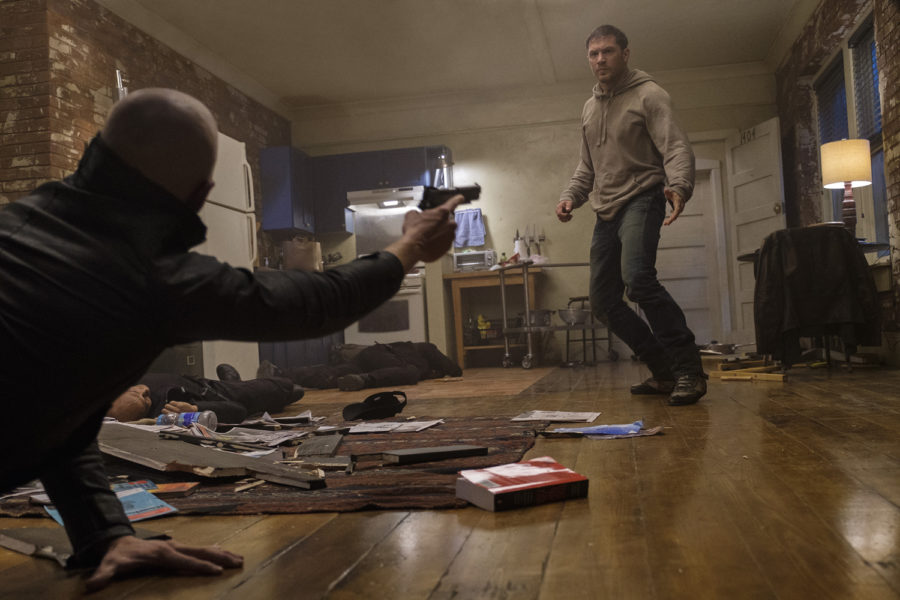 Fans of the “Spider-Man” trilogy with Tobey Maguire will remember the final addition to the series released in 2007, “Spider-Man 3.” In that film, Topher Grace took on the character of Eddie Brock and became Venom — a dark, spider-like villain characterized by the possession of an alien symbiote. At one point early in the film, the symbiote possesses Peter Parker, who also happens to be Spider-Man.

The new film, “Venom,” spins off this character into an anti-hero while omitting the classic Spidey, and stars Tom Hardy in the title role.

Lovers of superhero movies and creepy CGI aliens will be delighted by “Venom” this Halloween season, although critics were not excited. The film was released Friday to a pitiful 32 percent score on Rotten Tomatoes, but it rounded out the weekend by shattering box-office records for October openings. It seems like the world audience wasn’t too swayed by critical opinions.

Directed by Ruben Fleischer, of “Zombieland” fame, “Venom” is a dark, action-packed movie that squeaks in just under two hours in runtime. It’s rated PG-13, so the gore is minimal and the whole family can partake in the movie-going experience, though they should be warned that it does use its one free “F-bomb.”

Movie-goers will find that with this film they don’t need any comic-book or movie context to walk in and enjoy the movie — something that’s rare in this time of connected superhero universes.

“Venom” follows the story of Hardy’s character, investigative journalist Eddie Brock, who has a successful news show in San Francisco and is engaged to lawyer-girlfriend Anne Weying — played by Michelle Williams.

Brock is assigned to interview the head of the bioengineering company Life Foundation, led by Carlton Drake — played by Riz Ahmed. Brock finds that Drake conducts unethical experimentation on humans to get his results in pharmaceuticals, and when he confronts Drake, Brock loses his job and his fiancee and spirals into depression.

Meanwhile, one of the probes the Life Foundation sent into space crash-lands back on Earth with five important pieces of cargo — alien symbiotes gathered from a comet. Drake plans on using them to bond with humans and create a new codependent species that can survive in space. However, Drake’s methods of testing veer into deadly consequences for unwitting homeless subjects.

One of the researchers, Dr. Dora Skirth — played by Jenny Slate — grows guilt-ridden and fearful, and contacts a disillusioned Brock to help her bring down the operation. Realizing he’s got nothing left to lose, he agrees. Skirth helps him break into the research facility to get evidence, but when Brock tries to save one of the test subjects, the symbiote attacks and transfers to him instead. Brock flees in a panic as he’s now host to the symbiote — Venom, a character he can now shape-shift into.

Hardy carries this film with his performance, both as Brock and the voice of Venom. His transformation of character evolves through the movie and showcases his acting talent. Hardy goes from the ruggedly charming investigative reporter to a man who’s been broken by his ambition and loses touch with himself in quick strokes.

Once Brock is bonded with Venom, things get much more fun. Hardy brings a natural humor as viewers watch Brock freak out over the voice inside him screaming for food and wanting to bite off people’s heads, and creates a believable buddy-cop feeling as the two start working together.

Contrasting Hardy is Ahmed as the smooth and charismatic Drake, who is every inch the philanthropic champion of diversity and innovation on the surface, but deep down has a sociopathic revulsion of humanity and thinks of himself as a god among men. While Drake is a character seen many times in action movies, Ahmed’s performance stands strong and well-acted. He provides an excellent foil to Hardy’s down-to-earth Brock.

The visual effects in the movie are excellent and most prominently seen in the symbiotes. Before bonding with a host, the aliens appear like squirming blobs of sludge, making it extra creepy when they move around.

As a fully suited-up symbiote, Venom is gargantuan and menacing. His inky-black body is covered in small, white, vein-like strands and his large pointed eyes have an eerie opalescent sheen. With all that comes several rows of sharp, yellowing teeth and a long tentacle of a tongue.

The action in “Venom” is well-shot and full of high energy. One of the best parts of the movie involved a thrilling superpowered motorcycle chase through the streets of San Francisco at night.

“Venom” is enjoyable, but of course, it’s not perfect. The pacing of the story is off, with a rushed first act, a regularly paced second act and an impossibly quick, climactic third-act battle. While everything set up throughout the story is delivered, the conflict is resolved faster than it should be.

As a consequence of that, even though viewers get enough scenes to connect to Brock and Venom and understand Drake as a villain, other characters seem to slide into the background. For example, Williams provides a few good moments as the no-nonsense character of Weying, but she fails to stand out with the little she has. In addition, the writing doesn’t do the actors any favors, with often cheesy dialogue and out-of-place decision-making.

Even with its flaws and tomato-smeared score, “Venom” proves to be worth the watch. It manages to create a much stronger character than the last time Venom was on screen in “Spider-Man 3” — and a film that stands shaky but well enough on its own two feet.