Everything Pitt students need to know about the 2018 midterm elections 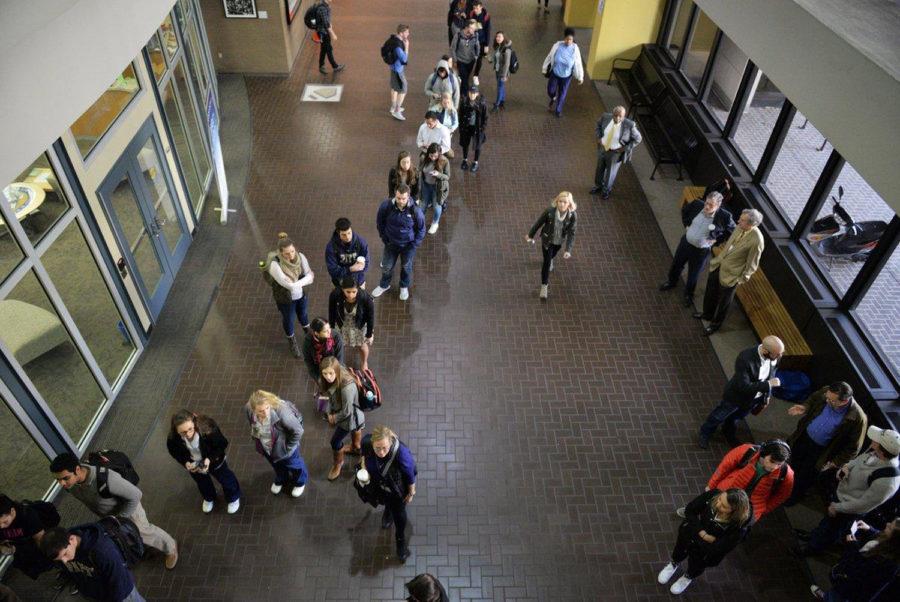 The 2018 midterm elections in Pennsylvania take place Nov. 6 — but the number of Pitt students who vote in these elections has traditionally been low.

In the 2014 midterm election, only 15 percent of Pitt students voted, according to a study by Tufts University.  At the national level, only 45 percent of people age 18-29 voted in the 2012 election, according to the U.S. Census Bureau. While reported voter turnout of this age group increased to 46.1 percent in 2016, this age group still has the lowest voter turnout compared to age groups of people older than 30.

“Pitt does not do a lot to instill civic engagement in our community,” Ressin said. “If you take the example of mental health, we have put a lot of resources into Mental Health Awareness month and combating the stigma. Why is there nothing for voting or civic engagement?”

But while Ressin said the University doesn’t do enough to encourage students to vote, some student organizations do. Maggie Kennedy, President of Pitt’s Student Government Board, said while there is more work to be done, Pitt’s student organizations have been working hard to increase civic engagement.

“I’m very proud of the Pitt community’s efforts to engage students thus far,” Kennedy said. “I think SGB and many other organizations at Pitt have been working really hard on getting students civically engaged, especially this fall with voter registration for the upcoming midterm elections.”

“I have seen a high level of student interest and participation in voter registration and beyond that, voter education, ensuring that students are prepared to make informed decisions on Election Day,” Kennedy said.

From a faculty perspective, sociology professor Hatem Hassan discussed how Pitt students from outside Pennsylvania might not realize how the state’s politics can affect them.

“Considering a lot of students have come from around the country … seeing the significance of voting for state representatives [in Pennsylvania] is not something that is immediately tangible to students,” he said.

But Hassan said political circumstances have changed since 2014 — and these changes could affect the turnout of young voters. According to Hassan, movements like #MeToo as well as the GOP control of Congress and the presidency exemplify this change, and encourage left-leaning students to be more politically active.

“If those [circumstances] are an indicator, then there may be more actual voting … because they might actually want to act on those concerns and grievances they have,” Hassan said.

Pitt students have the opportunity to influence elections — so here’s a guide to the upcoming midterm congressional races in Pennsylvania, including who’s running and what their policy platforms are.

Pennsylvania has major seats up for election, including the governor, the lieutenant governor and one incumbent Senate seat. Of the 18 House seats in Pennsylvania, 16 are held by incumbent representatives and two are open elections.

Incumbent Democrat Tom Wolf is seeking re-election for governor of Pennsylvania against current House 28th District representative Scott Wagner, R-Pa. Since taking office in January 2015, Wolf has focused on quality healthcare initiatives, supporting solar energy and restoring the $1 billion budget cut to education under former-Gov. Tom Corbett.  If re-elected, Wolf wants to focus on additional funding for education, expanding Medicaid and working with the Pennsylvania Department of Health to implement the final stages of the Medical Marijuana Program. Gov. Wolf wants to expand healthcare for all, but especially in regards to reproductive rights.

Wagner is running on a much smaller platform. His campaign mainly focuses on protecting working people’s paychecks and not raising taxes in order to combat the Commonwealth’s unemployment rate. Unlike Wolf, Wagner is pro-life and has been endorsed by The Pennsylvania Pro-life Federation and Chairman Val DiGiorgio, R-Pa.

Mayor of Braddock John Fetterman, D-Pa, is running for Lieutenant Governor against real estate investor Jeff Bartos, R-Pa. Fetterman and Bartos have focused a majority of their campaigns around gun control and education. Fetterman advocates for bans on assault rifles in Pennsylvania, while Bartos, endorsed by Firearms Owners Against Crime, believes in regulation of guns — but not a complete ban. In terms of education, Fetterman has vocalized his support for teachers unions, while Bartos has said he supports the students, parents and teachers but not the unions.

Throughout the campaign, Casey and Barletta have publicly disagreed on immigration. During his time as Mayor of Hazleton, Barletta passed a local ordinance making it illegal to knowingly hire undocumented individuals. Incumbent Casey has voted against federal charges for sanctuary cities and Trump’s border wall.

The City of Pittsburgh and the eastern half of Allegheny County, including the Mon Valley and Oakland, is now included in Pennsylvania’s 18th Congressional District. The state was redistricted this past January after the Pennsylvania Supreme Court found they were unconstitutionally gerrymandered.

The remainder of Allegheny County, including South Hills, West Hills, Quaker Valley, North Hills and Allegheny Valley, is in the new 17th District. The district is now represented by incumbent Keith Rothfus, R-Pa. Rothfus is running for re-election against Conor Lamb, incumbent Democrat of the former 18th District.

Mike Doyle, D-Pa, is the incumbent representative of the new 18th Congressional District of Pennsylvania. His platform is focused on economic growth through job creation as well as supporting the Affordable Care Act. He is running unopposed in this election.

Alongside House, Senate and governor elections, Allegheny County residents will have one special election question. The question proposes an amendment to the Home Rule Charter  called the Allegheny County Children’s Fund. If passed, the initiative would slightly increase property taxes to fund early learning initiatives, after-school programs and nutritious meals for children in the community.

A previous version of this article misspelled Rep. Conor Lamb’s name and incorrectly identified his congressional district as the 14th — he currently represents the 18th district. It also incorrectly stated that Rep. Mike Doyle is not up for re-election — he is running unopposed, but will appear on the ballot.