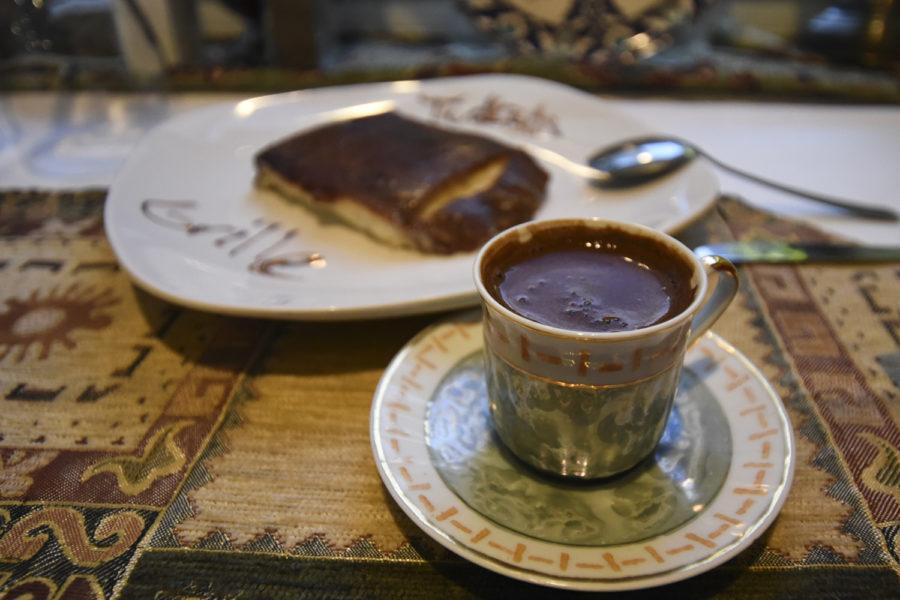 From affordable Indian buffets to hard-to-find Middle Eastern groceries, North Oakland has a wide variety of international eateries and shops where students can treat themselves.

Going up toward Centre Avenue and North Craig Street in North Oakland, there are many different shops and restaurants offering authentic international food. A couple of the biggest draws are the two main markets in the area — Bombay Market and Sultan Bey.

Bombay Market, a small store with a blue overhang and posters in the windows, specializes in Indian groceries but has many other items from around the world. It has Middle Eastern spices, an assortment of international teas and more. Its stock ranges from fresh produce to frozen vegetables, herbs and spices. A very popular item sold at Bombay is the $1 samosas — like the pastries sold at street markets in India. Bombay is also known for having delicious and ready-to-eat Indian desserts for sale.

On the corner of the same block of Centre sits Sultan Bey, a Mediterranean grocery store mainly featuring a selection of Turkish, Arabic and Persian goods. From the outside, Sultan Bey is a quaint red-brick building with a small white sign and large windows, but inside there is a world of culture.

Sultan Bey also sells many different delicacies from a multitude of other cultures. Owner Erkan Taha of Penn Hills said the market stocks a wide variety of foods so there’s something for everyone at his store. Taha likes to emphasize the rarity of his products.

“We have unique items here. What I have here is a combination of items that you would never be able to get at Aldi stores or Giant Eagle,” Taha said.

Taha also said Sultan Bey is special because it provides many foods that are halal. Taha described halal food as products, especially meats, that are slaughtered or made according to Islamic customs.

Sultan Bey is also known for its large variety of coffees, teas, cheeses and olives. These products come from different places all over the world. From Persian teas to Turkish coffee to specialty drinks like mate — a traditional hot beverage made by soaking yerba leaves in cool water and then adding hot water to bring out the flavor of the leaves — there is a myriad of options for customers to choose from.

Just down the street from Sultan Bey on Melwood Avenue is Turkish Grille, a restaurant that sells a combination of Turkish and Mediterranean food. Turkish Grille is a small restaurant that could be easy to miss, but once inside, the decor is mesmerizing. Every table is adorned with decorative runners, and the chandelier lights hanging from the ceiling create a glow throughout the restaurant.

One of the main cooks, Sam Kacar, explained they craft their menu based on cuisine from Turkey and surrounding regions. Some of their most popular dishes are of Turkish descent, such as kebaps, which are more commonly known in America as kebabs.

“Special foods that we have here are adana and the kebaps, which are originally from Turkey. We also have falafel and a shepherd’s salad, which are also very popular in Turkey,” Kacar, a Squirrel Hill resident, said.

There are many different dishes available at Turkish Grille, but some of the most common ones all include the same key spices and ingredients.

“We have a large mix of spices that we use, but the ones we usually like to use are oregano leaves and garlic for aroma. We have similar ingredients to Indian food, but it’s not the same because Indian food is considered to be a little more spicy, but this is mellowed out spice — light spice,” Kacar said.

Another popular restaurant in this area of Oakland is All India, a self-serve buffet. This buffet is lit up with a large sign in the front and is located in a small yellow-brick building. All India offers a variety of Indian food from all parts of the subcontinent. Owner Ravinder Singh said that his restaurant is special because the buffet is open all day for lunch, dinner and late-night.

He also said the food is home-cooked with good, quality ingredients, like white-meat chicken, targeted at the group that makes up the majority of his customers — students.

“We are trying to do a student budget thing. We want to give them proper food, quality- and price-wise, so they can afford it,” he said.

The most popular dishes are the butter chicken, chicken tikka masala and palak paneer, all of which are cooked fresh daily. All India also recently added more vegan and gluten-free options to its meals so more people can enjoy its dishes.

At the end of the day, Singh said he just wants the customers to be satisfied.

Other popular international restaurants in the area include New China Inn, a small Chinese restaurant with a large menu featuring many cultural dishes and some Americanized versions, Tan Lac Vien Express, a Vietnamese restaurant known for its pho, and Salim’s Middle Eastern Food, a deli and market known for their gyros and fresh hummus.

Sophomore neuroscience and history of philosophy major Nikitha Garapaty said whenever she gets the chance, she likes to try the cultural restaurants around North Oakland.

“I think Oakland restaurants are very diverse, but I think people don’t try them because the cultural restaurants are usually smaller, so people kind of look at them like they’re sketchy because they’re not these big, elaborate restaurants or a name that they know. I think there’s plenty of culturally diverse restaurants here — it’s just a matter of people trying them out,” she said.

Many of the smaller independent restaurants in Oakland are often overlooked by students who choose to eat at larger and more well-known chains, Garapaty said.

“I definitely think students should try out those small, little businesses, just because you can get Noodles & Company and McDonald’s and Panera anywhere, but you’re not going to get the cultural ones,” Garapaty said.