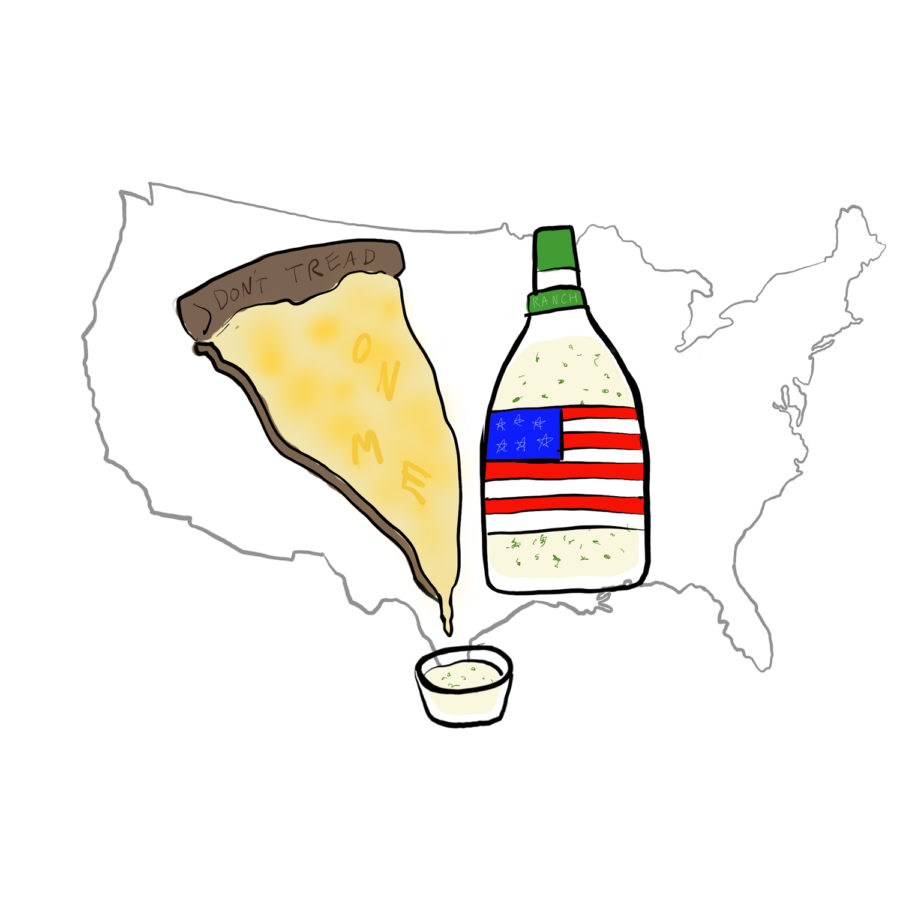 Sophomore men’s soccer player Marcony Pimentel had never been to the United States before coming to Pitt his first year — and his mom was worried. Not so much because her son was coming to a new country, but because she didn’t know what he would eat away from Juiz de Fora, Brazil, where Pimentel grew up.

“I don’t even know if [my parents] knew how the food was going to be here,” Pimentel said. “But they thought the same things I thought, that it’s just going to be fast food and they just kept saying like, ‘Please don’t eat that stuff every day, just balance.’”

Pimentel wasn’t alone in his idea about American food culture. His teammate, first-year goalkeeper Alexander Steinbach, grew up in Wolfach, Germany. But when he first visited the United States on a family vacation, he was surprised at the variety he found.

Pimentel, on the other hand, wasn’t as surprised at what he saw when he first came to Pitt. When he would go to the dining halls, he usually saw the same thing, people eating hamburgers and french fries.

“My first reaction was actually the same as I was guessing,” Pimentel said. “I saw so many people eating the same stuff every day and it was just like hamburgers, so I just thought, ‘OK, so it might be the same as I thought they were going to eat here.’”

Pimentel did take his mother’s advice and would usually make a salad at the salad bar with veggies and croutons, and he would add some chicken and pasta on the side — a major difference he noticed between him and his American peers.

“In Brazil they eat lots of fruit and veggies mixed in their food and they definitely combine a lot of food,” Pimentel said. “I don’t see that much in America. But the similarities with Brazil and America is they both love meat, like, a lot.”

Steinbach hasn’t noticed many similarities between America and Germany — but he has noticed one striking difference.

“In America you have a lot of different cultures of food and in Germany it’s basically all traditional,” Steinbach said. “So you may find an Italian restaurant, but mostly it’s just traditional German food. But in America it’s just everything.”

While the variety of food choices is usually a benefit, it can also be a downfall to those who aren’t used to it. Senior tennis player Natsumi Okamoto is originally from Tokyo. According to Okamoto, the food in Tokyo is much healthier and is in smaller portions. So when she came to America, it was harder for her to make healthy choices.

“I’m more aware of what I’m eating these days,” Okamoto said. “I’m much older and I’m more mature and I understand the importance of eating good food. So I try to eat pasta or something that puts a lot of energy in me so the day of the match I can use that energy.”

While Pimentel did a good job controlling himself, he did start to cave and try different American foods. His favorite? Grilled cheese sandwiches.

“I never had grilled cheese before I came to America and it was so good,” Pimentel said. “So I ate that when [dining halls] had it. But that was the only bad thing I think I ate. “

Pimentel also loves curly fries and even though it was weird the first time he saw someone do it, he is now a fan of pizza dipped in ranch dressing. And although his mom doesn’t approve, Pimentel occasionally eats french fries dipped in a Wendy’s Frosty.

“My mom, she was not very pleased because she is not a big fan of all that stuff,” Pimentel said. “And when I said I put fries in the milkshake she couldn’t believe it, she thought I was joking.”

Steinbach has also come to like more traditional American foods, like peanut butter and jelly sandwiches — something he never tried before coming to Pitt. But his favorite food by far is Chick-Fil-A.

“Chick-Fil-A really changed my life,” Steinbach said. “My parents are coming on Friday so I will definitely show them that.”

While international athletes are getting accustomed to the American food culture, they are also bringing a little bit of their home to their teammates. Clara Lucas, a senior tennis player, grew up in Spain and makes traditional Spanish meals for her teammates.

“I did cook for them Spanish tortilla,” Lucas said. “And they loved it.”

While Lucas has gotten her teammates to eat foods from where she is from, she has not been as willing to try some traditional Pittsburgh foods like Primanti Brothers, saying she has never understood the idea of putting french fries on a sandwich. She does enjoy eating at more American restaurants, like Stack’d.