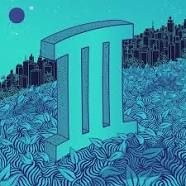 By Nick Mullen / For The Pitt News

Grab a good pair of headphones, because New Orleans rapper Curren$y has returned with his long-awaited third installment of Pilot Talk.

The album sees the reunion of Curren$y and producer Ski Beatz, who worked on the first two Pilot Talk albums in 2010 to help launch Curren$y’s career. Beatz’s layered tones come back perfectly crafted to fit Curren$y’s lyrics and flow. The reunion makes Pilot Talk III an exciting and satisfying, though slightly redundant, addition to Curren$y’s extensive catalog of work.

With the first two Pilot Talk albums, the lesser known rapper earned some mainstream publicity. Pilot Talk III hasn’t quite matched the hype of these releases, but it furthered Curren$y’s cult following among fans of “weed rap.” This loosely defined — and notoriously infused with weed — genre has launched the careers of many contemporary artists like Snoop Dogg, Wiz Khalifa, who is featured on the album, and the lesser-known Smoke DZA

On “The 560 SL,” former collaborator Khalifa muses about his career and life while Curren$y raps materialistically about the classic Mercedes that he bought “on the low like a coke sale.” He doesn’t usually flash his wealth, but he makes an exception with this lyric. The track begins with the classic Curren$y soundbites of clicking lighters and long inhales imposed over a slow burning beat, with glittering high-pitched notes in the background.

Some newer artists stop by on the album, too. On “Froze,” RiFF RAFF’s animated and outrageous style meshes with Curren$y’s notoriously relaxed flow. RiFF RAFF’s featured auto-tuned hook,“Feel so cold/I came up in the world so cold/That’s why my heart on froze” is reminiscent of Kanye West’s 808s & Heartbreak.

From there, the song revives the classic RiFF RAFF barrage that his fans have grown to expect. RiFF RAFF even manages to coax some intensity out of Curren$y in the last verse, where his focused, steady bars sounds more passionate than anywhere else in the album.

Other highlights include “Audio Dope 5,” where Curren$y raps about how he makes music addictive and his fans clamor for more, like it was a drug. On “Pot Jar,” featuring Jadakiss, Curren$y raps about finding answers at the bottom of his pot jar. This song hosts some of the best production on the album, including a catchy 1970’s soul sample.

On “Opening Credits,” the album opener, Curren$y describes his journey from obscurity to fame. He opens the album: “It was right around the time/I thought I had to move back with my mom,” referring to his failed partnership with DD172, the record label that released the first two Pilot Talk records. After signing with Warner Bros. in 2011, he created Jet Life Recordings, his own imprint, which released Pilot Talk III.

Hip-hop and rap are entering an era where sonic experimentation and innovative projects are becoming commonplace, but Curren$y avoids that trend by staying consistent. His albums have remained unprecedented, hazy glimpses into his hedonistic lifestyle.

Yet, this approach isn’t always successful. Although Curren$y is a talented artist who backs his vocals with impressive and well-crafted beats, it’s hard to track growth or change in Pilot Talk III,despite the return of Ski Beatz. That being said, Pilot Talk III still remains as one of Curren$y’s better records since Ski Beatz’s absence post-Pilot Talk II. Quality aside, the question remains: Who doesn’t want to indulge in music about a carefree lifestyle filled with cannabis, cars and cinema every now and then?