Waiver Wire Weekly: Filling in the holes of Week 9 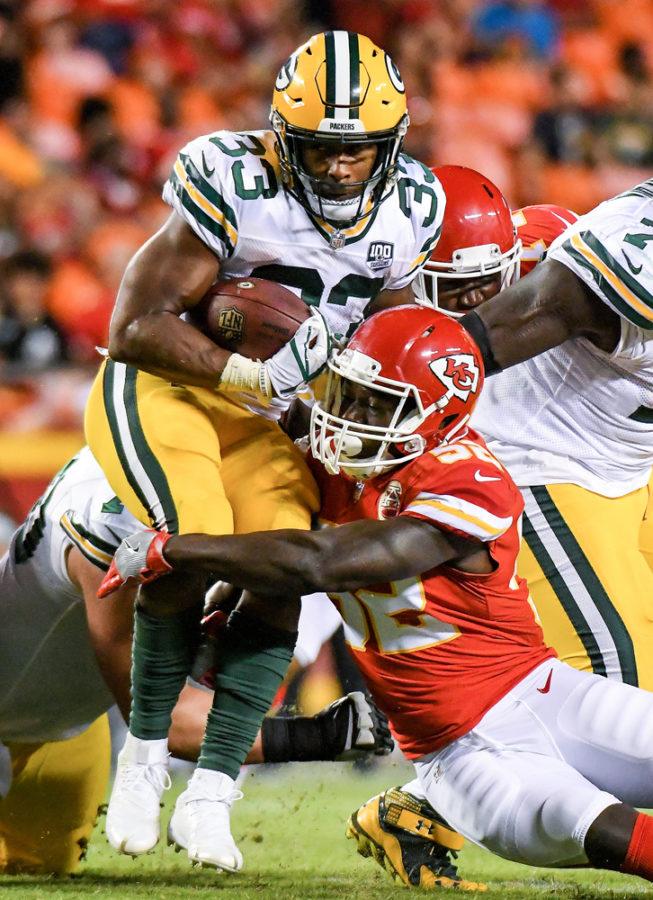 As we approach Week 9 of the fantasy football season, the playoffs are quickly approaching. It’s imperative to make certain changes to your roster at this point in the year so you’re prepared for a deep playoff run. Week 9 provides several new challenges to fantasy players, with teams like the New York Giants, Arizona Cardinals, Cincinnati Bengals, Indianapolis Colts, Jacksonville Jaguars and Philadelphia Eagles all on their bye weeks. If you have players like Odell Beckham Jr., Saquon Barkley or A.J. Green, do not worry — Waiver Wire Weekly has your lineup fixes.

*The %OWN statistic is based on ESPN standard leagues on Oct. 29.

Joe Flacco has quietly put together a very good season for the Baltimore Ravens. Playing behind one of the better defenses in the league, Flacco has done his job with one of the weaker offensive supporting casts in the league. Flacco has made ex-Arizona Cardinal John Brown seem like a superstar this year while keeping the offensive wheels rolling with a mediocre backfield. The last time Flacco faced the Pittsburgh Steelers, he carved them up for 363 yards and two touchdowns. Expect Flacco to have a similar performance in Week 9 in front of his home crowd this time around.

If you were to scan Alex Smith’s performances this year, you may feel he’s been a bit of a disappointment. Smith is only ranked the 24th-best fantasy scoring quarterback in the league right now — however, the Redskins sit at a 5-2 record. Look for Smith to break his three-game streak of passing for under 200 yards against the Atlanta Falcons in Week 9. With the Falcons suffering a plethora of injuries in the secondary and the Redskins on a hot streak, Smith will have a day.

Featured earlier in the season on Waiver Wire Weekly, Aaron Jones has come into his own as the feature back in Green Bay. Last Sunday, Jones had 12 carries for 86 yards — including a 33-yard touchdown — which is the most carries in a game he’s had all year and did not disappoint. He is undoubtedly the bell cow back in Green Bay at this point in the season and the fact that his %OWN is still under 50 percent is insane. If you can still grab Jones, you should do so immediately — he is primed to finish the year very strong, as the Packers generally do.

In the wake of Marshawn Lynch’s groin injury, no one was exactly sure who would be the main beneficiary of the Raiders’ open spot in the backfield. Many figured it would be either Jalen Richard or DeAndre Washington, but instead it seems the Raiders’ main man will be Doug Martin. Martin led the Raiders’ backs in touches with 13 carries, while the combination of Richard and Washington only had three carries. Even though the Raiders are trending heavily downward overall, they still need someone to hand the ball to for the rest of the year, and this will likely be Martin.

Mike Williams finally had something to build off before his bye week in Week 8. He started the year hot then cooled down until he caught a long 55-yard touchdown in Week 7. Now, coming off a bye, Williams finds himself in a great matchup against a weak Seattle Seahawk secondary. With an extra week to prepare for the game, the Chargers will have a chance to realize Williams will have very favorable coverages and will exploit these mismatches.

The Dolphins were reportedly interested in trading DeVante Parker prior to the NFL trade deadline today. However, his performance last week may just force the Dolphins to reconsider. With other receivers dealing with injuries, the Dolphins needed Parker to step up in a big way in their Thursday Night Football matchup with the Texans. Parker responded with a career-high 134 yards on six catches. That is the type of game a young receiver can build on. Expect Parker to become a go-to target for the Dolphins for the remainder of the year.

Although on bye this week, Jack Doyle finally returned from an ankle injury last week. Many fantasy owners were disappointed in drafting Doyle this year after he only played two games before going down with an injury on Sept. 16 against the Washington Redskins. If you kept Doyle on your roster, however, things are looking up since he caught a touchdown in his first week back from injury. Fellow Colt tight end Eric Ebron has been the main target at the position this year — he also caught a touchdown for the Colts last Sunday. This may suggest that post-bye week, the Colts will be an efficient two-tight-end offense.

Chris Herndon is a hot option at the tight-end position — he has caught a touchdown each week for three consecutive weeks. Herndon had his weakest overall performance over the three-game stretch last week — his only reception was a 16-yard touchdown. Facing a much more inviting matchup in the Miami Dolphins this week, expect Herndon to continue his current hot streak.