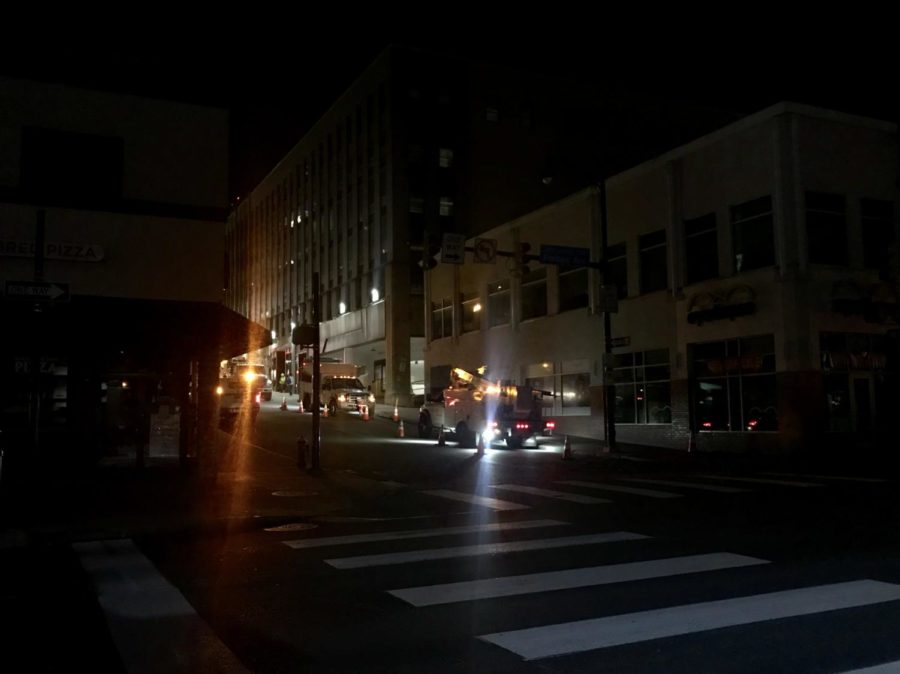 Duquesne Light Company trucks work at the corner of Forbes and Atwood after midnight during a power outage that carried over into early Tuesday morning.

A power outage affected more than two blocks along Forbes Avenue between Oakland Avenue and Meyran Avenue Monday afternoon. One block on Atwood Street between Forbes Avenue and Fifth Avenue was also affected by the outage.

Notices were posted on multiple food service restaurants by the Food Safety Program of Allegheny County, which stated the outage began at approximately 1 p.m. on Monday. Inspectors were on site throughout the afternoon and into the evening, and as of 8:15 p.m. the power had not yet been restored, according to the notice.

The length of the power outage resulted in refrigerator temperatures too high for safe refrigeration, leaving food unsafe to serve. According to the notice, the food will be assessed and discarded in the presence of a Food Safety Program representative.

Duquesne Light spokesperson Jerry Lucci said the specific cause of the outage is not yet known.

“There was an equipment failure involving one of our 4-kilowatt lines … near that intersection,” Lucci said. “It’s affecting customers in that general intersection … it’s a localized outage in that neighborhood.”

As of a phone call at 10:20 p.m. Monday with Lucci, the power had not been restored. According to Lucci, it’s unknown when the outage will be fixed.