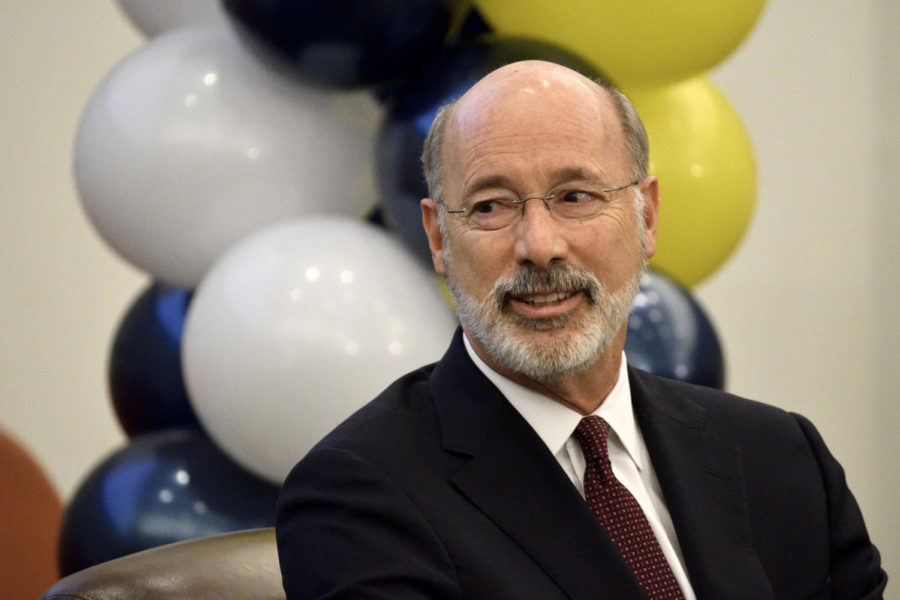 Republican opponent Sen. Scott Wagner won the primary battle against businessman Paul Mango in May. But Wolf was still favored to win the re-election by a 15-point margin, according to FiveThirtyEight. Recent polls showed Wolf up by as much as 20 points.

Wolf’s victory marks the end of a hostile battle between the candidates. Last month, a Facebook live video by Wagner went viral after he said he would stomp on Wolf’s face with golf spikes. He has since claimed it was a metaphor, and his campaign team has said Wagner’s comments should not be taken literally.

In response to President Donald Trump’s win in 2016, Democrats have been under pressure to win control of local seats. Democrats currently hold 16 governorships, while Republicans hold 33. With 36 seats up for election this year, Democrats were forecasted to take control of 24 governorships, according to FiveThirtyEight.

Wolf is a businessman and MIT graduate, who has experience serving as the Pennsylvania Secretary of Revenue from April 2007 to November 2008 under Gov. Ed Rendell. Wolf won the Pennsylvania governor race in 2014 with 44 percent of the vote. Since assuming office, Wolf has focused his agenda on increasing wages, restoring funding for public schools and increasing government transparency.

Wagner is the owner of waste-hauling company Penn Waste and has repeatedly emphasized his identity as a businessman, not a career politician. His campaign has focused on stricter immigration laws, cutting taxes and supporting Pennsylvania’s agricultural industry. Prior to running for governor, Wagner ran for the 28th District in the Pennsylvania Senate and won. Throughout his political career, he has voiced steadfast support for President Trump.

This article will be updated as more information becomes available.