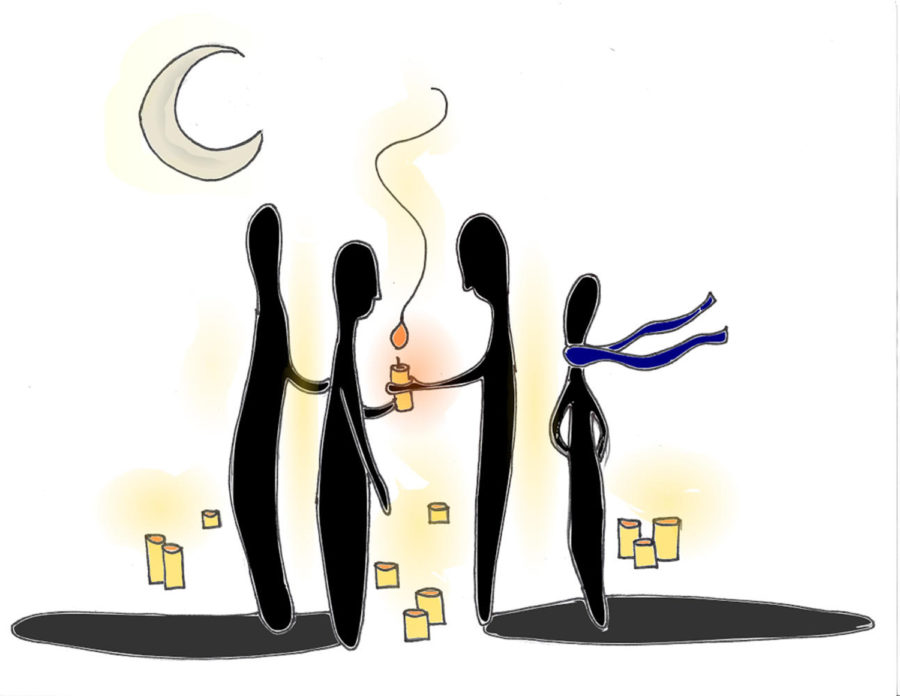 Mental Health Awareness week may have ended in October, but efforts to raise awareness for mental health issues never end. We cannot just forget the mentally ill after Halloween, nor should we treat them any differently this month than the last.

Everyone has had days when it seems people are just hard to be around. But you should not make anyone — especially those with hidden mental illnesses — the victim of your grumpiness. Believe it or not, you should still treat others, even those who may be a little harder to deal with, with respect.

Unlike physical conditions that are outwardly obvious, mental health is not an illness you can see. Those with mental illness tend not to openly speak about their illness because of the negative stigma surrounding it. Those with depression are usually seen as pessimistic and negative. This makes their peers, coworkers and others feel they are toxic to be around. Since it’s impossible to immediately know who is battling mental illness and who is not, it is vital to simply respect everyone and try to be as inclusive as possible.

Society is statistically less inclusive of individuals with depression. This means, for example, they are commonly not invited to parties or friendly gatherings. According to the graph on the American Psychological Association article, more than 56 percent of people are unwilling to socialize with those battling depression.

Everyone wants a place in the world, and those suffering from depression are no different. Most people don’t understand depression, so they simply avoid it. The idea of toxicity being synonymous with mental illness is simply not true, and by avoiding these people, it may actually make their conditions worse. According to the Mental Health Foundation, “nearly nine out of ten people with mental health problems say that stigma and discrimination have a negative effect on their lives.”

Popular culture often reinforces the misconception that mentally ill individuals are violent, which can put an unjust emphasis on avoiding the mentally ill. A large part of pop culture tends to portray those with schizophrenia in particular as violent and intimidating. Whether horror movie killers, comic book villains, or even real world criminals, the majority of these roles are negative ones. However, this is yet another belief that is backed up by little to no real-world evidence. In fact, Harvard Health compared rates of violent crimes and found that only 8.5 percent of people with schizophrenia commit at least one violent crime.

The world is slowly progressing to a more understanding and inclusive society, and it’s time to learn how to break all the negative stigma surrounding those with mental health issues. One way we as a society can begin doing this is by simply showing respect to one another.

Start off small — little courtesies go a long way. Above all, make sure to include everyone around you. No one wants to be left out, so don’t pick and choose who to care for. Even if they’re different, or perhaps a little difficult to understand, simply showing them interest and kindness will brighten anyone’s day.

If you know someone with mental illness, make sure to include them in your life. There are also a few small things you can do to make sure they are caring for themselves both mentally and physically. Perhaps easiest and most important of all is to simply check in on friends and classmates who you know are suffering.

Those with mental illness often struggle to admit they need help, which can make their symptoms progress. Oftentimes people, mentally ill or otherwise, crave attention and love but are too afraid to ask for it. This most definitely includes students who are among the most stressed and anxious subgroup of the population. Chadron State College reports more than 25 percent of college students are diagnosed with some form of mental illness.

However, like any other human being, they deserve basic respect. Although they are statistically more likely to receive poor treatment, that is something that is slowly beginning to change. Students are slowly learning to include everyone, and schools are becoming more aware of the issues facing students regarding mental health. These small changes will hopefully decrease these negative statistics one day soon.

However, none of this is an excuse for those who do have a mental illness to act out as they please. The concept of respect is universally one of reciprocity. Just as we must treat the mentally ill with respect, they must also treat others with respect. Everyone should strive to be the best person they can be, and to always treat others the way they would like to be treated.

Those with mental illness in particular will greatly benefit from this. Changing the way society shows respect will hopefully make the world a bit of a better place for us all to exist in. Everyone wants to feel like a valid human being. In a society that tends to mistreat others, it’s often difficult to feel this way.

So make a few changes — work on being a little kinder to others. Make peace with yourself and those around you. Spread positivity where it is needed. Most of all, treat people the way you want to be treated. That very phrase has been told to you since preschool, but it has never seemed more relevant than now.