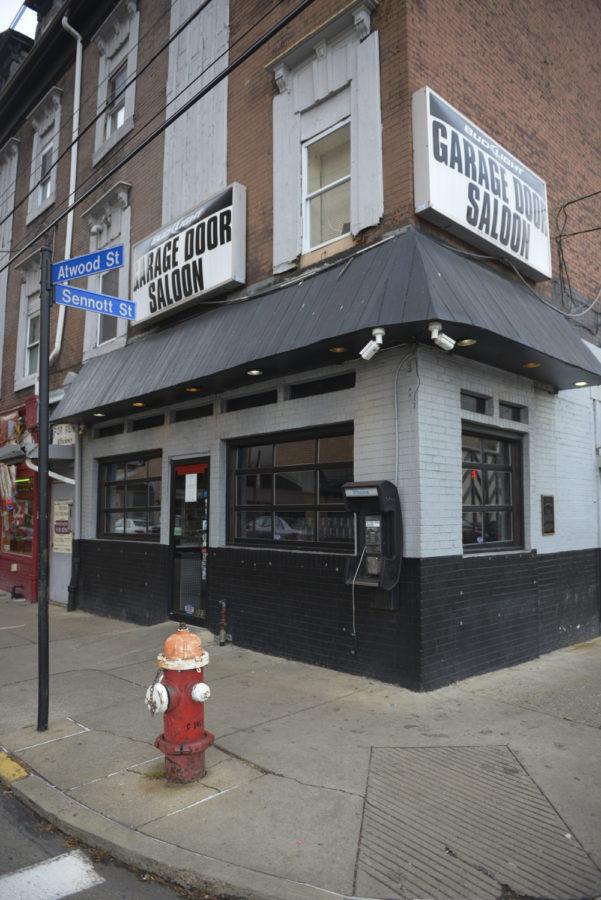 In a new court filing, the owner of the Garage Door Saloon says he intends to prove that Pitt was responsible for the district attorney’s dismissal of criminal charges against a high-ranking Pitt official’s son and his friends for allegedly assaulting the bar’s owner after the three men were removed from the bar.

The allegations against Pitt came in a cross-claim that Garage Door’s lawyers filed as part of an expansive lawsuit filed by Timothy Riley and Jacob Shilling on July 2, who are suing the University of Pittsburgh regarding the December 2017 incident. The third individual involved is Daniel Humphrey, son of Pitt Senior Vice Chancellor for Engagement and Secretary of the Board of Trustees Kathy Humphrey.

The suit against Pitt, Garage Door, its owner and parent company, the arresting officer and Pitt Chief of Police James Loftus alleges that the arresting officer, Michael Rosfeld, had a prior personal relationship with the bar’s owner. The suit also claims Rosfeld arrested the men without reviewing security footage that it said would prove the men’s innocence, depriving the men of their civil rights and unjustly detaining and jailing them.

But in the original criminal complaint and in a later response to the allegations, Rosfeld stated he had indeed reviewed the bar’s security camera footage.

“Rosfeld watched the security footage from 11:10:08 p.m. to 11:11:52 p.m.,” Rosfeld’s counsel, Timothy Uhrich, said in an Oct. 10 court document. “Rosfeld relied upon his first-hand encounter with Plaintiffs and his review of security video to compile the report he generated.”

Rosfeld was suspended two days after the incident, on Dec. 11, 2017, and terminated about one month later. He was later rehired by the East Pittsburgh Police Department and will stand trial in early 2019 for the shooting of 17-year-old Antwon Rose in June.

The charges of simple assault, defiant trespass, disorderly conduct and public drunkenness were dropped by the Allegheny County District Attorney’s office at the preliminary hearing for the case in December 2017. Attorneys for Garage Door Saloon said in a Nov. 6 filing they intend to present testimony from the assistant district attorney who was assigned to the preliminary hearing and the assistant district attorney that dropped the charges, among others, which they say will establish that Pitt was responsible for the charges’ dismissals.

According to DA spokesperson Mike Manko, the charges were dropped due to a lack of corroborating evidence.

“The reason the charges were withdrawn is because the evidence did not match what was written in the criminal complaint and affidavit,” Manko said in an emailed statement to The Pitt News. “District Attorney Zappala had no knowledge of the familial relationship involving one of the defendants and the District Attorney never communicated with the vice-chancellor prior to our office withdrawing the charges.”

In multiple emails, including one on behalf of Kathy Humphrey, Pitt spokesperson Joe Miksch said Pitt does not comment on pending litigation.

Garage Door seeks indemnification — a legal term meaning one party is responsible for the financial costs of another party — from Pitt for property damages resulting from the incident, due to Pitt’s alleged interference in the initial plea agreement, which would have provided restitution to the bar.

On the night of the incident, then-officer Rosfeld of the Pitt police responded to a call for assistance from another Pitt police officer at the Saloon and arrested the three men outside of the bar.

He filed criminal complaints the following day against Riley, Schilling and Daniel Humphrey. Rosfeld noted he encountered the men inebriated, and thus felt it was necessary to immediately detain one of them, out of fear for his and the other officer’s safety.

“All three males were intoxicated with the odor of alcoholic beverages emanating from their person,” Rosfeld said in the complaint. “I detained Riley for Officer’s safety as he was extremely belligerent, yelling at Officer McGinnis and business owner, Mark Welshonse and one of his employee’s Reise Cook.”

Rosfeld transported the three men to the Allegheny County Jail later that night, based on his assessment that their actions were dangerous and a threat to others.

“Their ongoing course of conduct had not legitimate purpose, was a danger to other, and officers had no reason to believe it would cease if released,” Rosfeld said in the complaint.

The case was then referred to Allegheny County District Attorney Stephen Zappala Jr. for prosecution.

Rosfeld was provided a letter of termination on Jan. 18 from Loftus, and resigned immediately, according to a copy of the letter obtained by the Pittsburgh Post-Gazette. The termination letter references a personnel investigation involving Rosfeld, the details of which are not known publicly or by Rosfeld, his legal counsel told the Post-Gazette.

The date for this case’s next hearing has not yet been announced.