Staff Picks: Much to be thankful for within Pitt Athletics 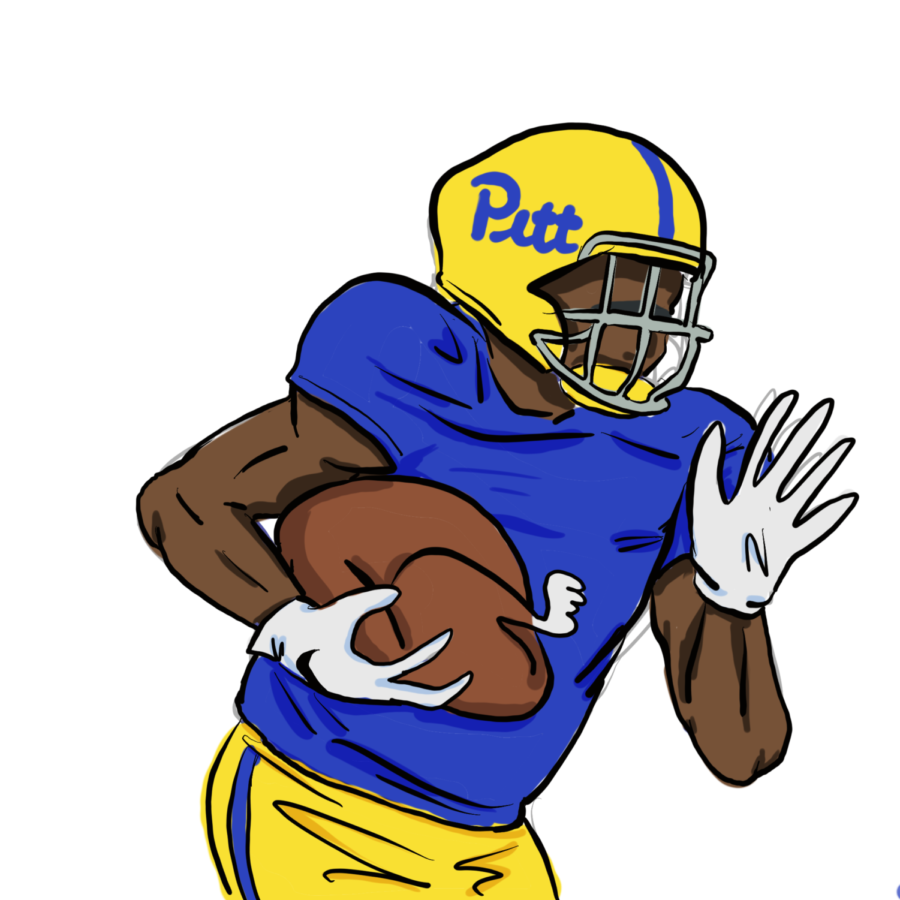 It’s been a busy year in Pitt Athletics — the basketball team hired Jeff Capel as its new head coach, Pat Narduzzi signed a contract extension, the football team is playing in the ACC Championship Game and the volleyball team won the ACC. With Thanksgiving right around the corner, The Pitt News sports staff took a look at the previous year and reflected on what they are most thankful for when it comes to Pitt Athletics.

This time last year, the men’s basketball team was 1-4 through non-conference play under much-maligned former head coach Kevin Stallings, opening the season with losses to mediocre opponents like Navy and Montana. After the Panthers were hit hard with graduating seniors and a mass exodus of transfers, the 2017 squad found itself relying on middle-tier recruits and junior college transfers — not a good recipe for success in the nation’s best basketball conference. The Panthers went winless (0-18) in the ACC for the first time in program history.

At the time, I was part of the minority faction that defended Stallings. It wasn’t really his fault that so many players transferred due to a coaching change, I thought. Give him a few years to recruit and develop his own players before we call for the man’s job, I said.

Pitt’s actual athletic director, Heather Lyke, wasted no time in firing Stallings after the Panthers’ nightmare season from hell. Three weeks later, she managed to pry Jeff Capel — a former head coach at VCU and Oklahoma with a track record of recruiting success and NCAA Tournament appearances — away from his assistant coaching position at Duke. The seemingly ideal hire spurred an offseason full of hype, and the expectations only grew larger when Capel nabbed three highly touted guard recruits.

Fast forward to right now, and the new-look Panthers are off to a 5-0 start under coach Capel.

Unlike last year, the Panthers are tearing through their non-conference schedule and winning the games they’re supposed to in dominant fashion, including a 94-55 win over VMI and a 97-71 win over Central Arkansas. Capel’s new system is noticeably different from last year’s, with Pitt pushing the pace and moving the ball on offense, then playing frenetic on-ball defense. The first-year recruits look great — especially explosive point guard Xavier Johnson, who leads the team in points and assists.

None of this would be possible without Capel, who obviously has the team heading in the right direction.

So be thankful, Pitt fans. Instead of going through another year of The Stallings Experiment, we get to witness a fun and exciting team that looks poised for future success.

Tyler Moran: College football has always been my favorite sport, so it makes sense that it’s what I am most thankful for this Thanksgiving. When I first toured Pitt, I remember hearing about the game-day shuttles and I started getting pumped about the thought of being in the student section.

A good football team was one of my preferences when choosing a college — it wasn’t a top priority, but it was definitely a factor. Being a longtime Ohio State fan, I always wanted to go there for undergrad for their football games. I got accepted to Ohio State, but turned it down to go to Pitt — I’m thankful I made that decision. I love it here, and Pitt football has already given me memories I will have for the rest of my life.

Pitt will play Clemson in the ACC Championship Game — something few people predicted after Pitt went 3-2 in its first five games. Watching Pitt all season has made me really fall in love with this team, and I get more excited watching Pitt games than I do with Ohio State games. I get to see my school — my real school — play in its conference championship game. Pitt winning that game would make this season more unforgettable than it already is.

Tessa Sayers: This Thanksgiving, I’m thankful for being able to cover Pitt Athletics.

After spending my first two years of college at Temple University, it feels good to be in the City, covering teams I grew up watching. So far, my first year at Pitt has been an exciting one. With a lot of new coaches and a lot opportunities for ACC championships — some of which have already been won, and a shout-out to women’s volleyball — it has been fun following these teams and athletes.

I’m thankful I’m able to help share the stories of the athletes and people who make Pitt and Pittsburgh what it is. I’m also thankful for everyone who reads these stories and encourages us to continue writing them.

Since she was named athletic director in March 2017, Lyke has made some impressive hires when it comes to coaching — her most prominent being men’s basketball head coach Jeff Capel. Lyke hired Capel to lead Pitt’s men’s basketball team in March after the team only won eight games in 2017, going winless in the ACC.

Under Capel, the team started its season undefeated and is currently 5-0. Capel is clearly what Pitt basketball needed, and fans can thank Lyke for getting the deal done.

Lyke also made a drastic decision to extend head football coach Pat Narduzzi’s contract another seven years — an unpopular decision, considering last season’s 5-7 run. Lyke clearly saw something special in Narduzzi, and the move paid off. Within the past two weeks, Pitt clinched a spot in the ACC Championship Game, was ranked in the AP polls for the first time since 2016 and secured itself a bowl game.

Lyke has made some risky decisions in her short time at Pitt, but she has never let this school down. She has my full support in continuing to improve our athletic program just as she’s been doing.

Alexa Marzina: With the constant pressure on college students to craft a full life plan in their four years as a student, it can be hard to be thankful for anything during the Thanksgiving season. Knowing that finals week is what greets us after this much-needed holiday break only serves as a reminder for how hard we’ve worked so far and how much more work we still need to do.

But thanks to Pitt Athletics, this weekend served as a time of pure joy in what is normally one of the most stressful weekends of the semester. Huge wins clinched titles for both football and volleyball, swimming and diving broke multiple school records and women’s basketball scored a needed win to bring it back up to .500.

It was a damn good weekend to be a Panther.

Whether or not you actually care about the performance of PItt’s sports teams, these victories prove that whether you’re currently in a high or a low, persevering and working hard really are the paths to success — however cliche that is.

As a student currently going through the “senior scaries,” it’s good to have some pretty consistent success in my life, even if it’s just my college sports teams. Thanks, Pitt Athletics, for keeping my hopes up about the future.

Andrew Kelly: This Thanksgiving, I am thankful for Pitt football head coach Pat Narduzzi. In a time of exciting turnovers at other head coaching positions in the Pitt sports world, the spotlight came off of Narduzzi going into his fourth season as head coach.

For the first time, Narduzzi will be graduating a group of seniors that he recruited. Those seniors have led Pitt football this season, carrying the Panthers to their first-ever ACC Coastal Division Championship.

Things have certainly not been all uphill for Narduzzi and company this season. They got off to a shaky start this season and suffered a horrid loss to the University of North Carolina. Apart from that, Narduzzi’s squad has gone perfect in-conference, and his seniors have led them every step of the way.

Despite their success, I am still calling for some changes to the Pitt coaching staff this offseason, but Narduzzi is far from being one of those changes. He has the Pitt program ranked and trending upward, as well as heading into a final regular season game, the ACC Championship Game and eventually a bowl game.

It is a good time to be a Pitt football fan — be thankful for the coach who put the team in that position.