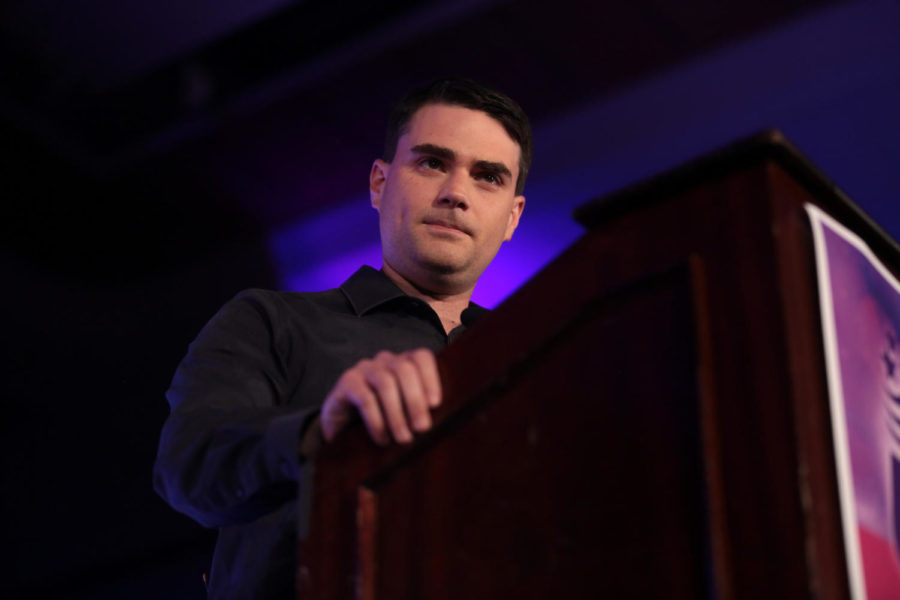 Ben Shapiro sure knows how to draw a crowd.

Tickets to see the conservative firebrand at Pitt sold out in mere minutes at the William Pitt Union. Three hours before Shapiro began speaking, the standby line snaked around Alumni Hall. Hundreds of people pushed and shoved to get their hands on one of only 30 coveted standby tickets, all while listening to protestors chant from the mouth of the building.

Still, amid all the chaos, one thing was clear — Pitt was a bit more open to Shapiro’s presence than other universities, showing very little of the hostility that often greets conservative speakers who dare to show their faces to politically strident college students. Pitt has the right idea — Shapiro may be forceful in his arguments, but he’s a principled conservative who shouldn’t whip up the left into throngs of anger.

Still, he managed to upset some. Shapiro opened his speech decrying the Tree of Life shooting and white supremacy, and then lambasted a number of Jewish students who penned an open letter in the Pittsburgh Post-Gazette calling him a “GOP apologist” and a “mouthpiece for white supremacy.”

“This is obviously a disgusting and vile slur against me and against those who attend my lectures,” Shapiro said at Pitt. “This is the way too much of our debate goes these days.”

Shapiro’s views are staunchly, unapologetically conservative — taxes are too high, abortion should be illegal, Social Security and Medicare privatized and the Affordable Care Act repealed. But he’s not the hateful right-wing villain liberals paint him as.

“[Shapiro is] someone who wants to kick up a lot of dust and bait people into becoming this stereotype he’s trying to paint,” Nick Giangiulio, a senior philosophy major who stood with protestors for the entirety of the event, told The Pitt News. “We tailored our tactics towards who Ben Shapiro is and the audience he was trying to cultivate.”

But Shapiro’s tactics bear a stark contrast to those of an actual professional provocateur like Milo Yiannopoulos — another young conservative speaker who’s frequented college campuses, including Pitt, and who’s gained infamy for his silly, offensive stunts that have included intentional cultural appropriation and calling feminists ugly.

“I’ve taken it upon myself to go through life as offensively as possible,” Yiannopoulos said during his 2016 speech at Pitt. In response, 10 protesters made their way to the front of the stage, cutting off Yiannopoulos and shouting, “Two, four, six, eight — stop the violence, stop the rape.”

Yiannopoulos pandered to a young, dissident conservative base to gain popularity and infamy. But Shapiro, instead of cozying up to everyone on the right, has routinely condemned problematic views on his own side.

As an Orthodox Jew, Shapiro was quick to denounce the racist and anti-Semitic alt-right movement at a time when most young conservatives found it to be hip and counterculture. As a result, according to the Anti-Defamation League, he was the number-one target of anti-Semitic tweets in 2016.

“Conservatism is all about the idea that we are individuals given rights by God … and that has nothing to do with the beliefs in the inferiority in any particular group,” Shapiro said at Pitt. “I am trying to militantly defend conservative ideas. I’m not going to be anti-left for the sake of it.”

At Berkeley just last year, Shapiro needed hundreds of law enforcement officers, all equipped with riot gear, to protect him from an onslaught of violent protestors trying to silence him — the security costs amounted to more than half a million dollars. And at CSULA several months prior, hundreds of rioters barricaded the doors to Shapiro’s talk, forcing him and his supporters, flanked by dozens of security guards, to slip into the building through a secret backdoor entrance.

“I think there’s a lot of misconceptions that what he says is hateful. It’s laughable that people think that,” the economics major said.

Giangiulio said peaceful protesters, like the ones at Pitt, help dispel with misconceptions that left-wing protests are a disorderly, riotous mob — which was the case at numerous universities Shapiro visited, and which prompted Pitt to levy a $5,500 security fee on Young America’s Foundation, the organization sponsoring Shapiro.

While such a fee was understandable given Shapiro’s history of prompting protests, the blame ultimately falls on rioters at previous universities for mischaracterizing Shapiro’s views and trying to shut him down as a result — and it certainly frustrates conservative students.

Watching mainstream conservatives like Shapiro be the target of protests doesn’t give conservative students much faith in the tolerance of their liberal peers. But luckily, full-scale riots like the ones Shapiro has endured aren’t the norm at universities — protesters only represent the fringes of the left.

Still, while conservatives aren’t under siege at most universities — including Pitt — they are outnumbered. Thirty-nine percent of liberal arts colleges in the United States sampled in a 2018 study had no Republican professors at all — and 70 percent of faculty were Democrats.

In an open-debate environment universities should foster, Shapiro is the sharp, assertive voice the conservative movement needs to combat colleges’ constant hammering of left-wing talking points.

In the words of Jim Messina, a top White House staffer under the Obama administration, “If you get hit, we will punch back twice as hard” — and Shapiro certainly packs the intellectual punch to hit back twice as hard against both the left and the fascist right.

Write to Neena at [email protected]